Deep in the mountains of the Tanzawa Oyama Quasi-National Park surrounded by tall mountains shrouded in Japanese cedar, Hinoki cypress, Japanese mountain maple, and Japanese beech is a network of mountain streams. These streams terminate in the majestic Miyagase Lake, which interestingly enough is a man-made lake that took nearly three decades to build. The massive 510+ foot tall dam, that forms the lake, was completed in 2000 after being under construction for 29 years! Due to the lake water being reserved for drinking water for Tokyo and Yokohama there is no recreation allowed on or near the lake. However, you can recreate to your hearts content in the dozen or so streams that flow into this lake. One of these streams is the Fujinogawa. 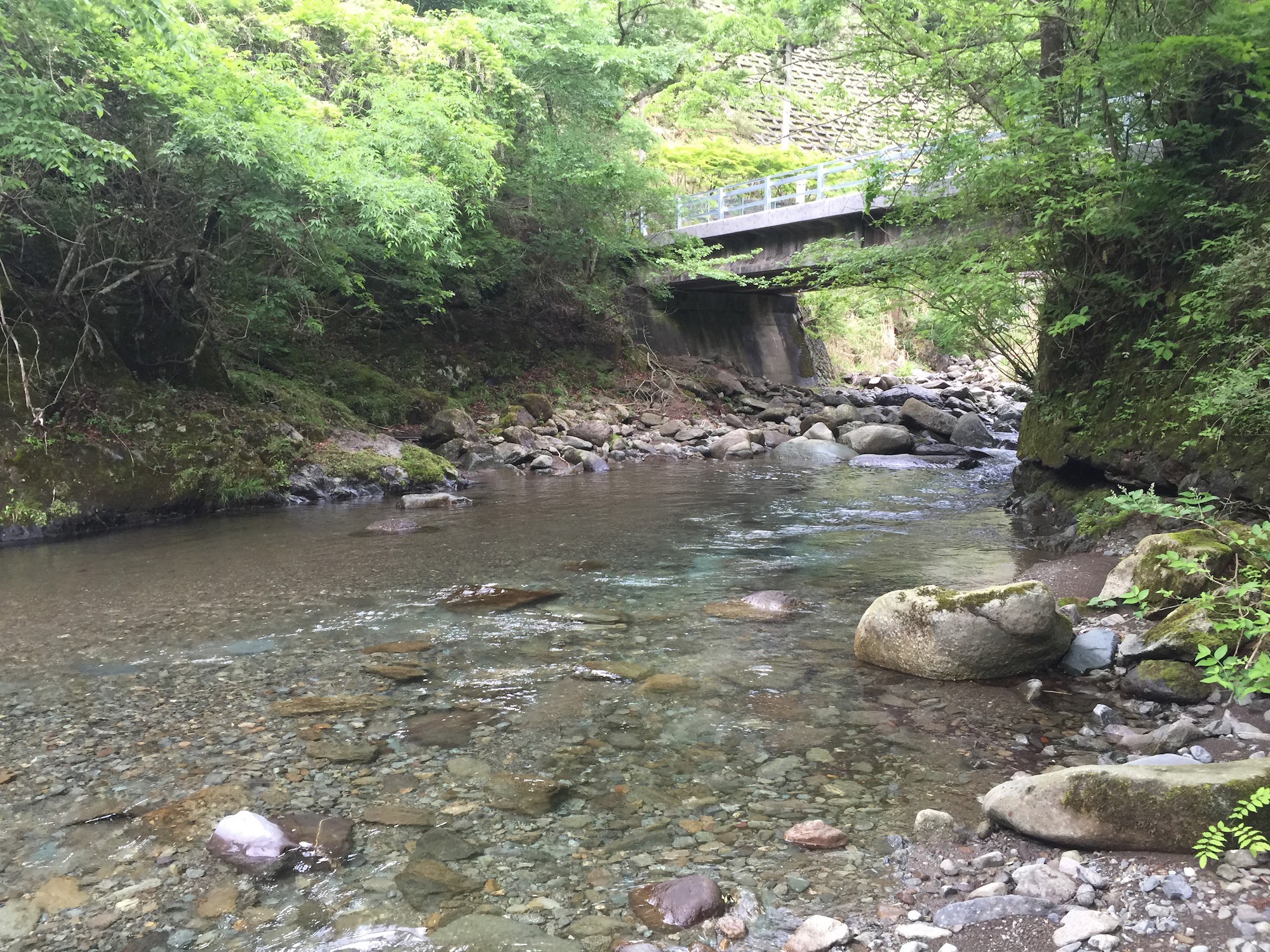 The Fujinogawa begins near Yabitsu Pass and follows the 70 before spilling into Miyagase Lake. There are two managed fishing operations on the upper half of this river. The first one is a natural fishing area (meaning there are no man made pools but the fish are stocked) called Flick. It is managed by a company called Bosco that also operates a car camping ground in the area. The fishing ticket costs ¥4100 for a full day and ¥3300 for a half day. If the Airstream trailer is closed you can buy one from the run-down shack up the road with the big yellow "釣りチケット" sign out front. Further downstream it appears that the river changes ownership. Unfortunately I have no idea where to buy a fishing ticket for this portion of the river. The signs say you can purchase a ticket at the trout farm but I haven't the slightest clue where that would be as none of the signage provides a map, phone number, or website. There are a lot of warnings though about how fishing is dangerous and something about twelve people dying last year from slips and falls... Maybe that is why there is a small pocket of 4G LTE cell reception in this area, so people can call an ambulance. 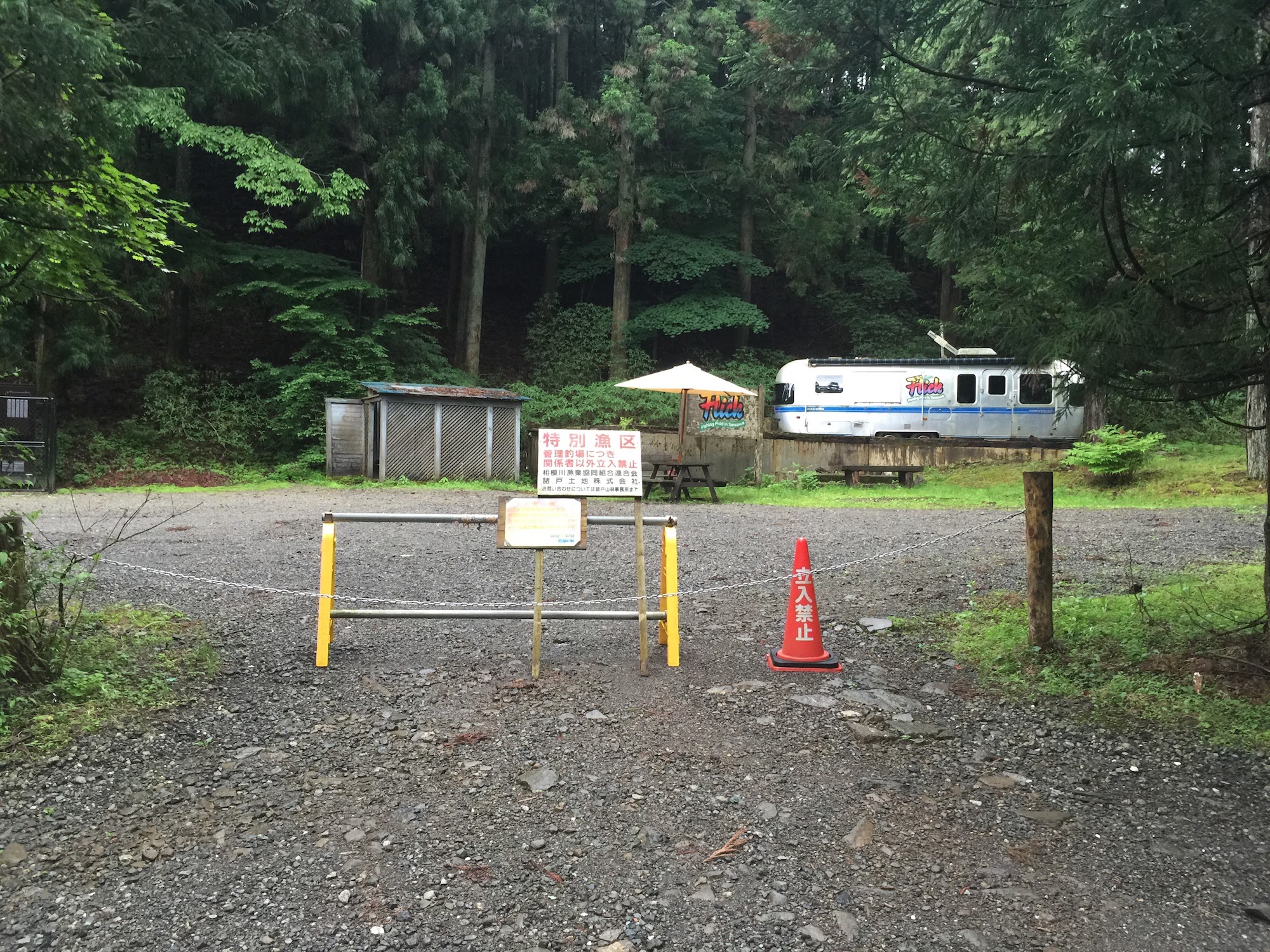 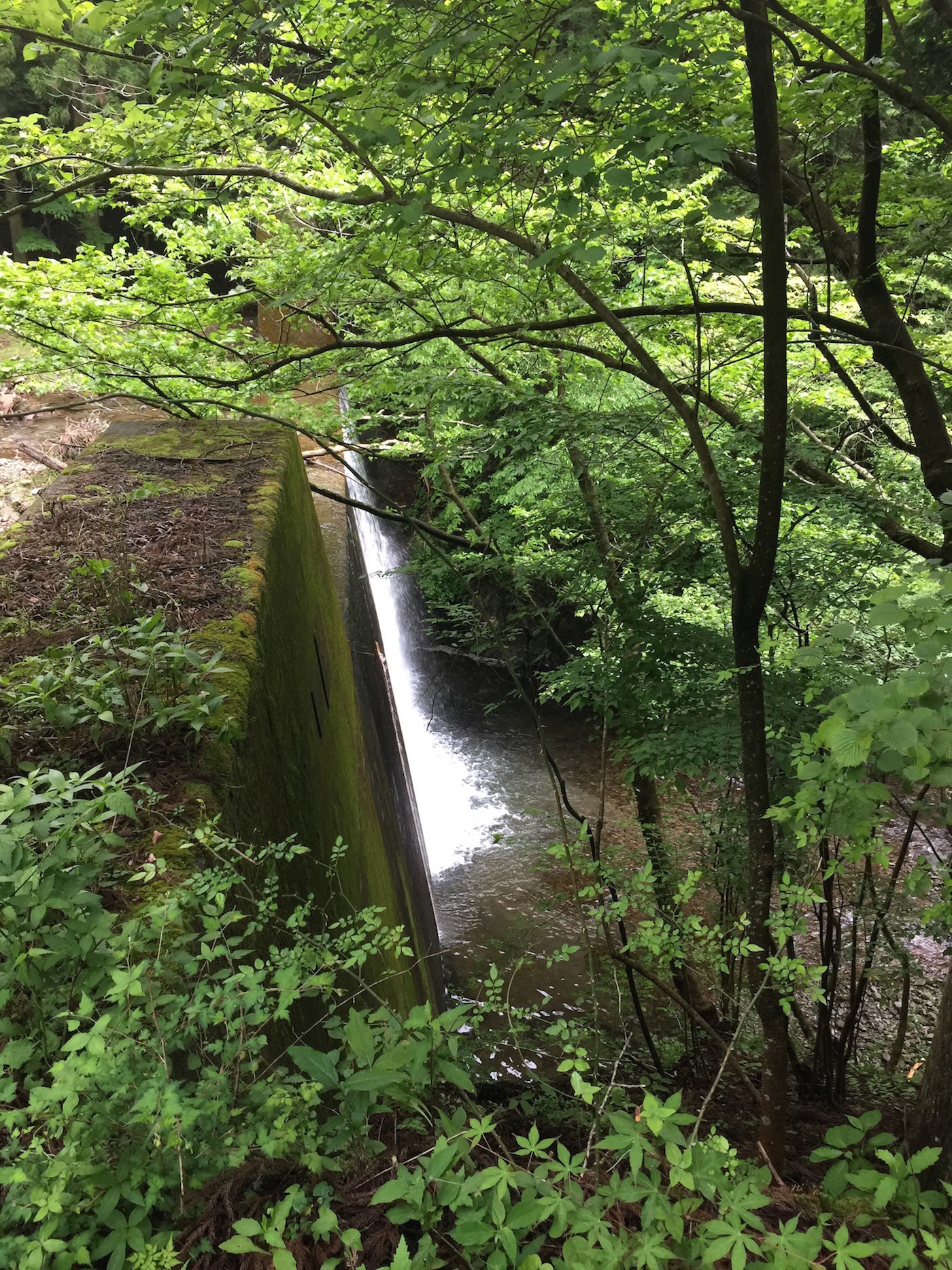 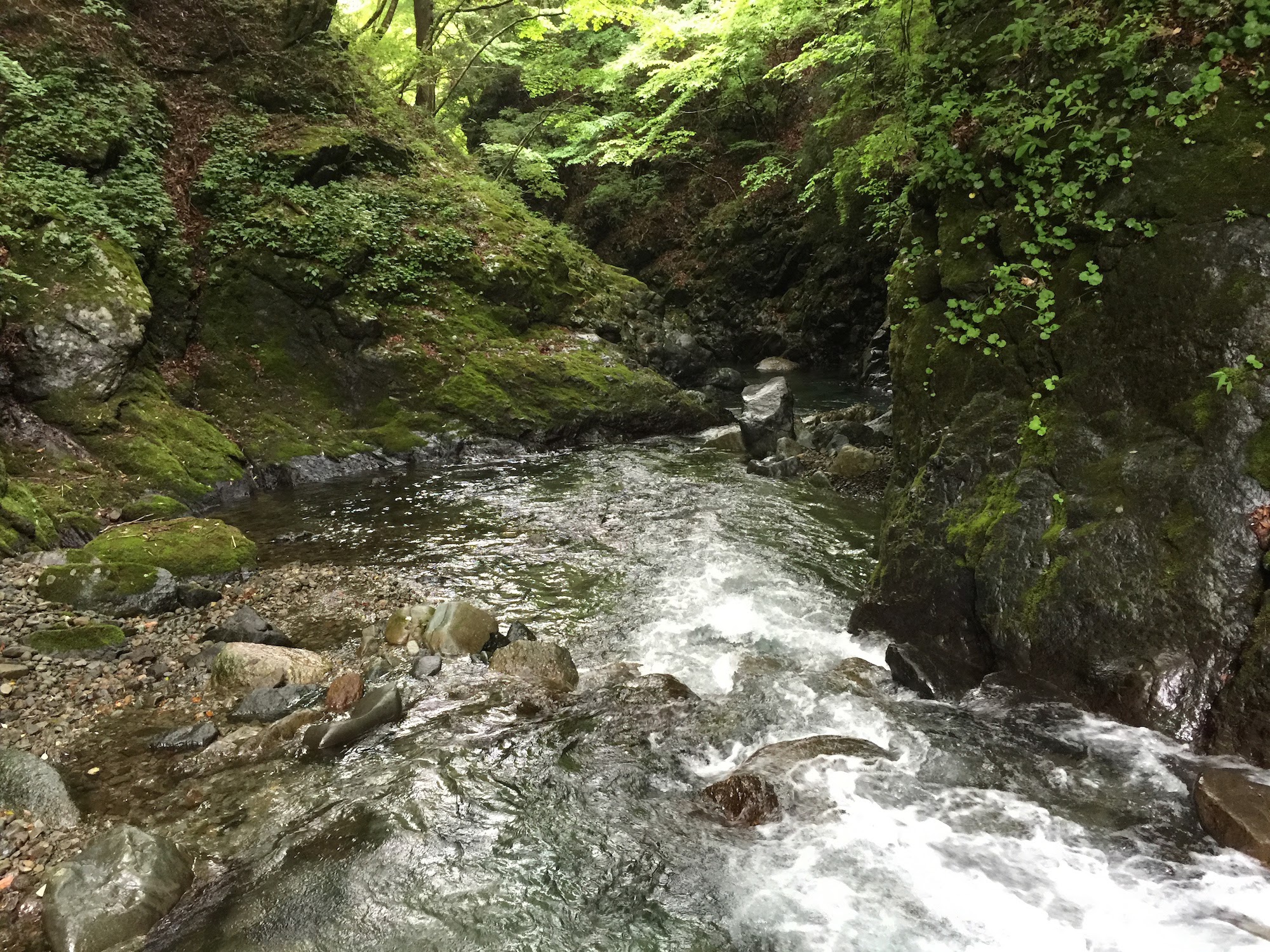 As I continued down the 70 I came across a hiking trail that starts on the side of the road. I parked and walked down to the river. The river here cuts through a massive gravel field. The river is wide and shallow as it S turns through the one kilometer long field of gravel. Only when the river collides with the sides of the valley does it create deep pools. The pools are shaded by very low hanging trees and often choked with snags which makes them extremely challenging to fish. I could see fish in the pools but couldn't reach them with my 11' rod as casting is next to impossible due to the very dense foliage. I tried a bow and arrow cast but didn't have room to set the hook. 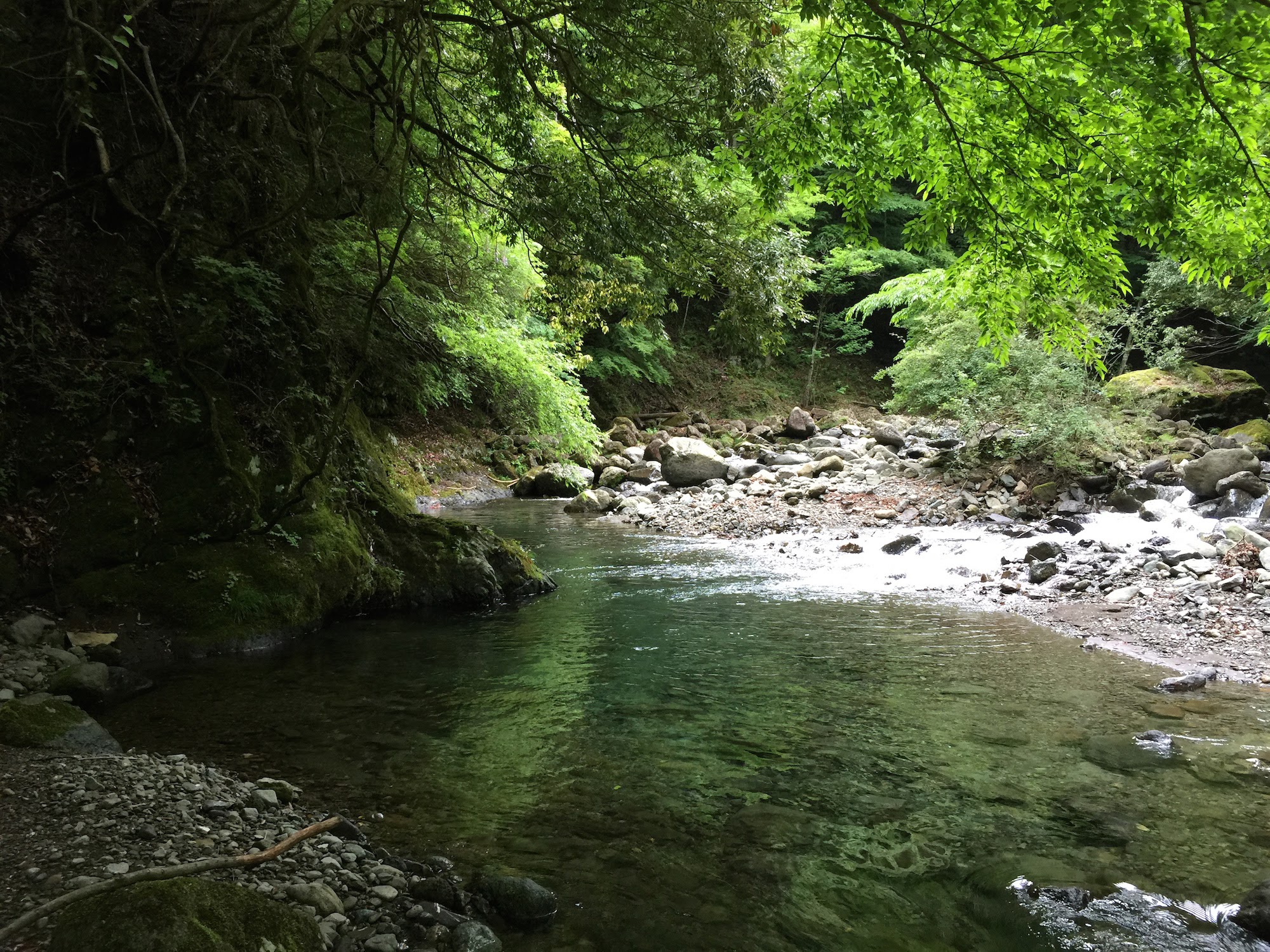 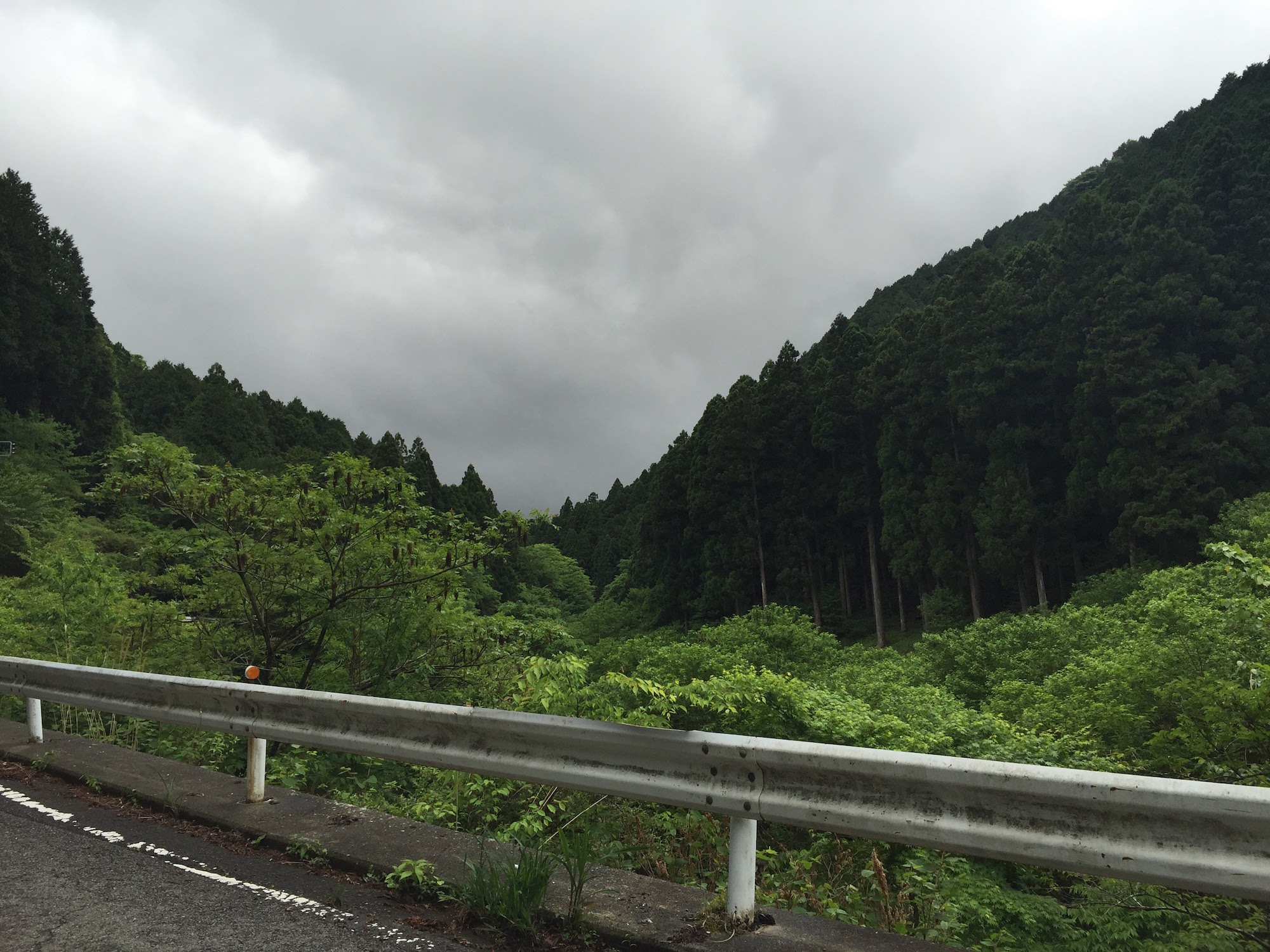 As I continued downstream I came across a 25 meter tall two-tier weir. Below this weir the river dramatically changed as it squeezed through a narrow rocky gorge. The section below the weir looks very nice but accessing it will require that you swim through the gorge as it is too deep to wade. I wasn't equipped for a long swim so I turned around and went upstream. There are a two or three nice pools above the gravel field but then there is another weir. I found a trail that takes you up and over the weir and I was curious to see what lay above this weir so I scrambled up the hillside to the trail to take a look. As I was hiking along the trail I happened to glance down and saw about 30-40 writhing leeches all over my boots! I turned around and headed back to the river. It took about 20 minutes to pluck them all off with my Gerber. At this point I was running low on time and totally out of motivation, so I packed up and wandered back to my car to make the long journey back home. My spirits were lifted though when I got home and bore witness to a most spectacular sunset. 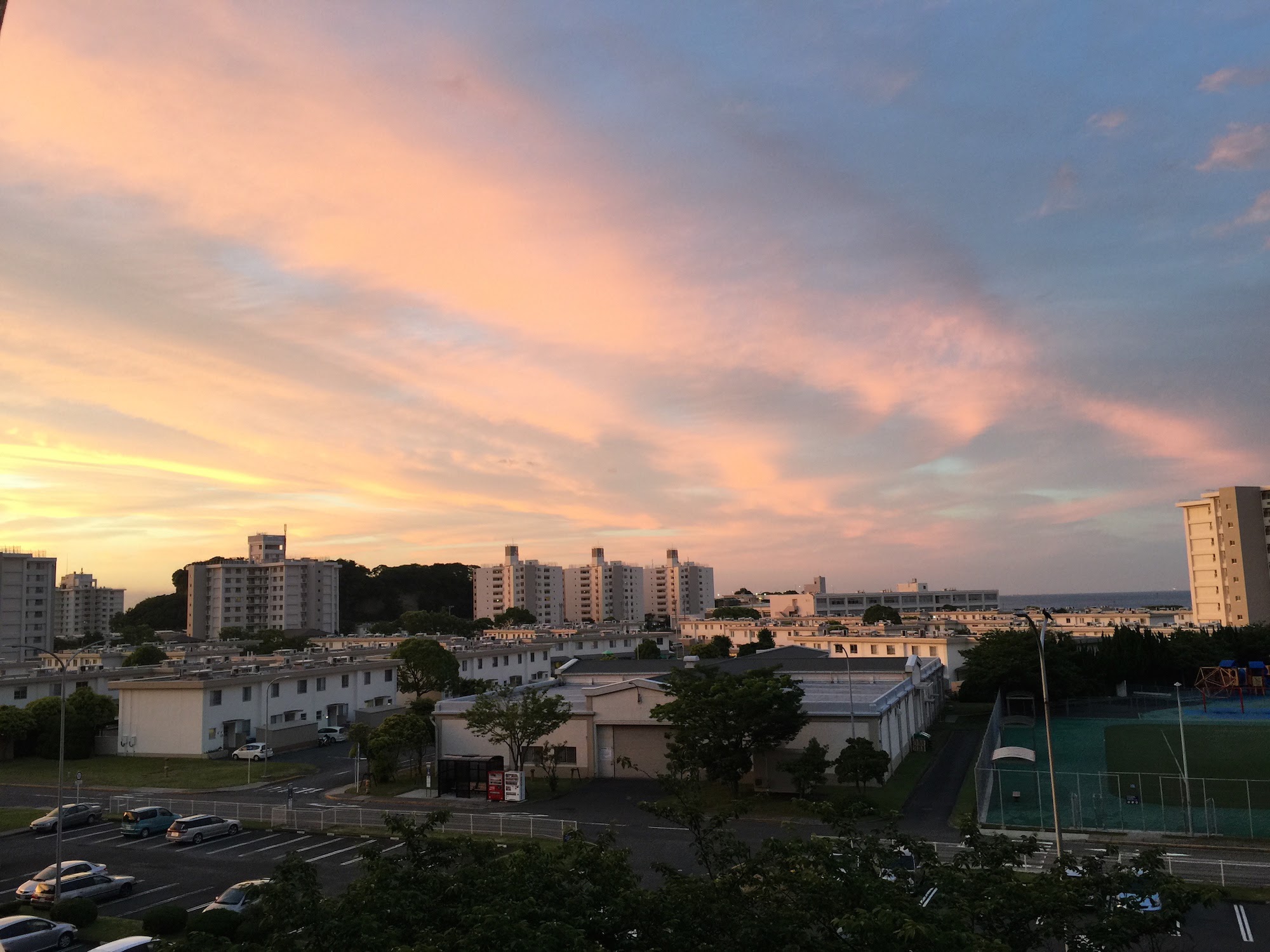 While the day had not turned out the way I had hoped (a perfect trout stream filled with hungry fish) the mountains of Tanzawa Oyama Quasi-National Park are absolutely beautiful and there are numerous other streams to explore. Next time though I come back I'll be wearing waders, so I don't have to worry, as much, about the leeches. 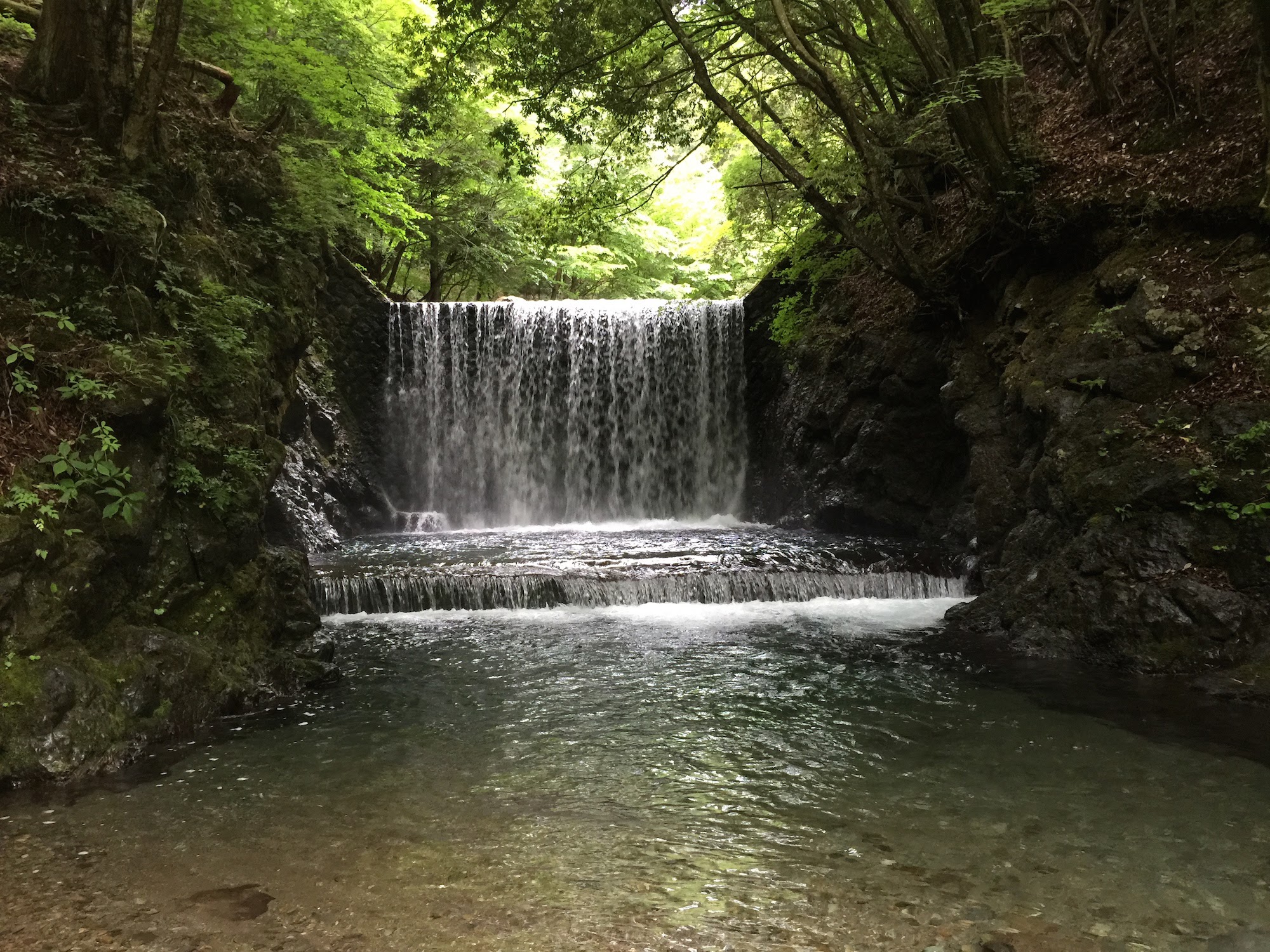 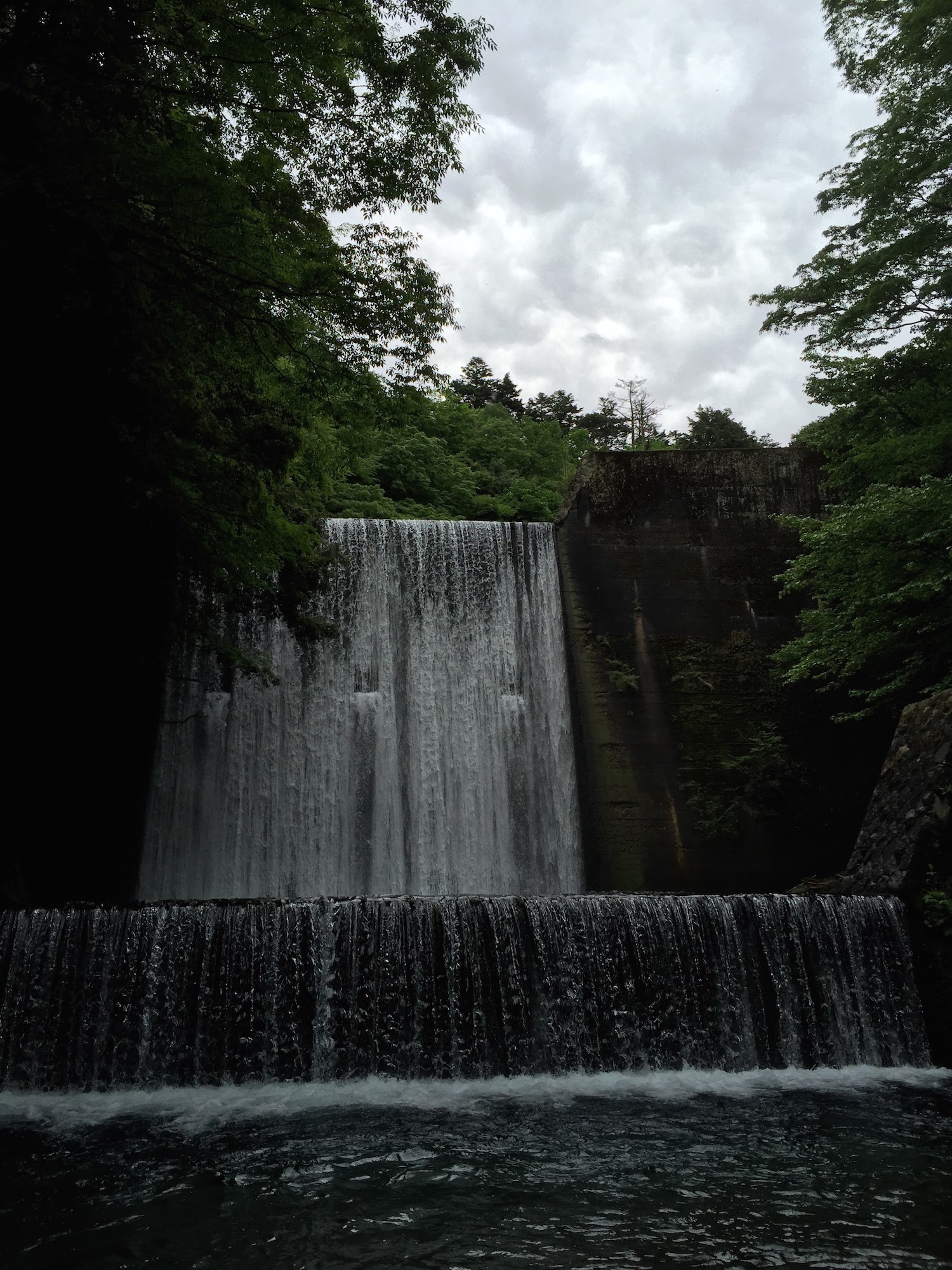