Last month I travelled to the Aizu Region of Fukushima Prefecture and met up with some of the preeminent Japanese and American Tenkara ambassadors for a social gathering, in a building older than the United States. During this event I was invited by Masayuki Yamano-san to go ハゼ fishing with him the following month. Yamano-san owns a speciality rod shop in Saitama, Tokyo where he practices the ancient Japanese art form of Kazusao (和竿) or hand making bamboo fishing rods. I immediately accepted his invitation despite knowing next to nothing about ハゼ or the fishing style. 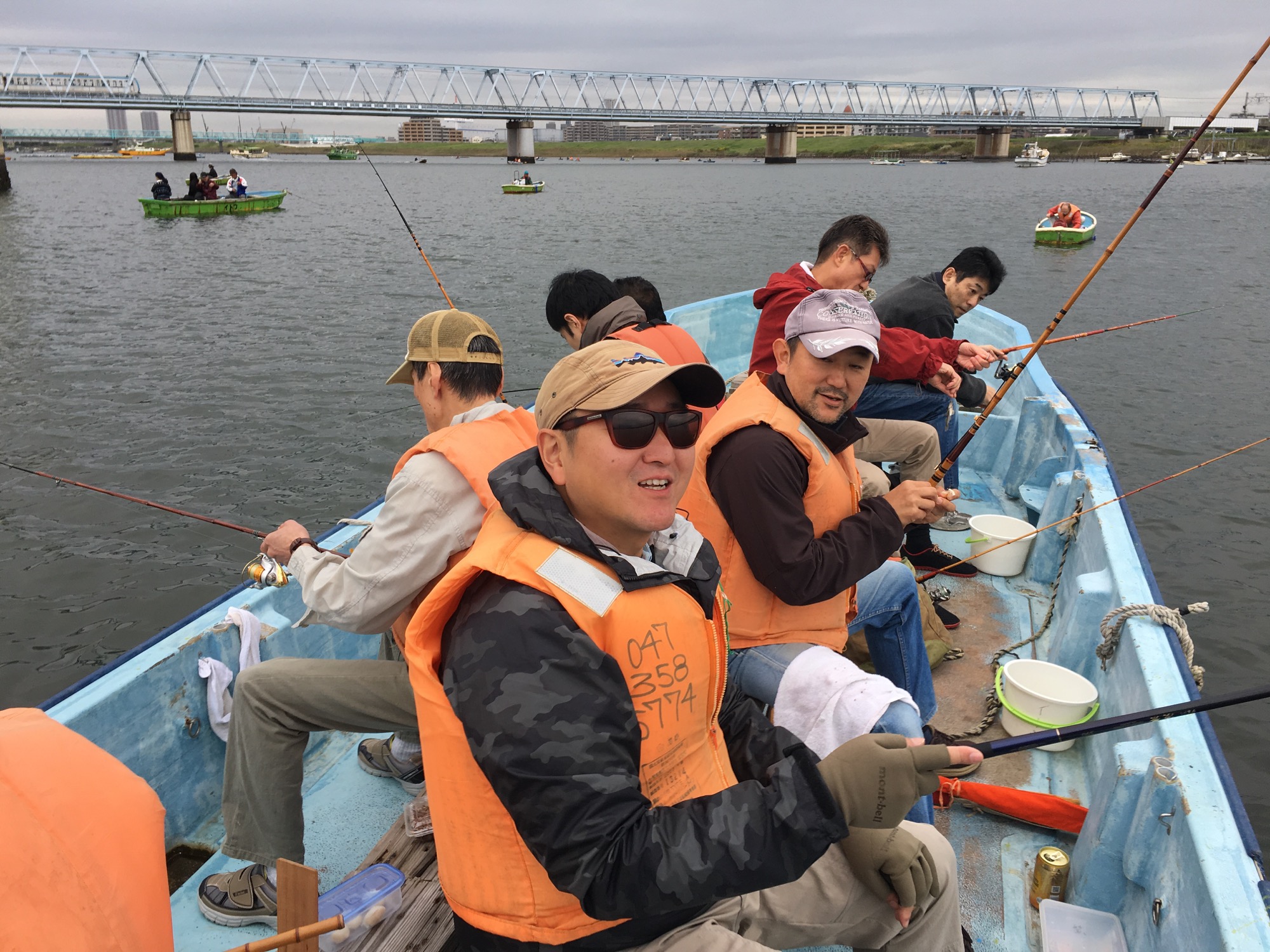 The crew hard at Goby fishing!

In Japan Goby fish are called Haze ハゼ (pronounced ha-zay) and despite their small size they are a very popular game fish. Most Goby aka ハゼ are 5-10cm long but they they can grow much bigger during the spawning season - it just is not very common. Gobies ハゼ habitat is found in shallow brackish water with sandy and muddy sea bottoms, which is pretty common around Tokyo. Goby ハゼ season starts around June but they are more difficult to catch then due to their very small size. Starting mid-July through October the fish stature increases and they become much easier to catch using bait. In fact they are so easy to catch that the record for the most caught in a single day is 1,500. 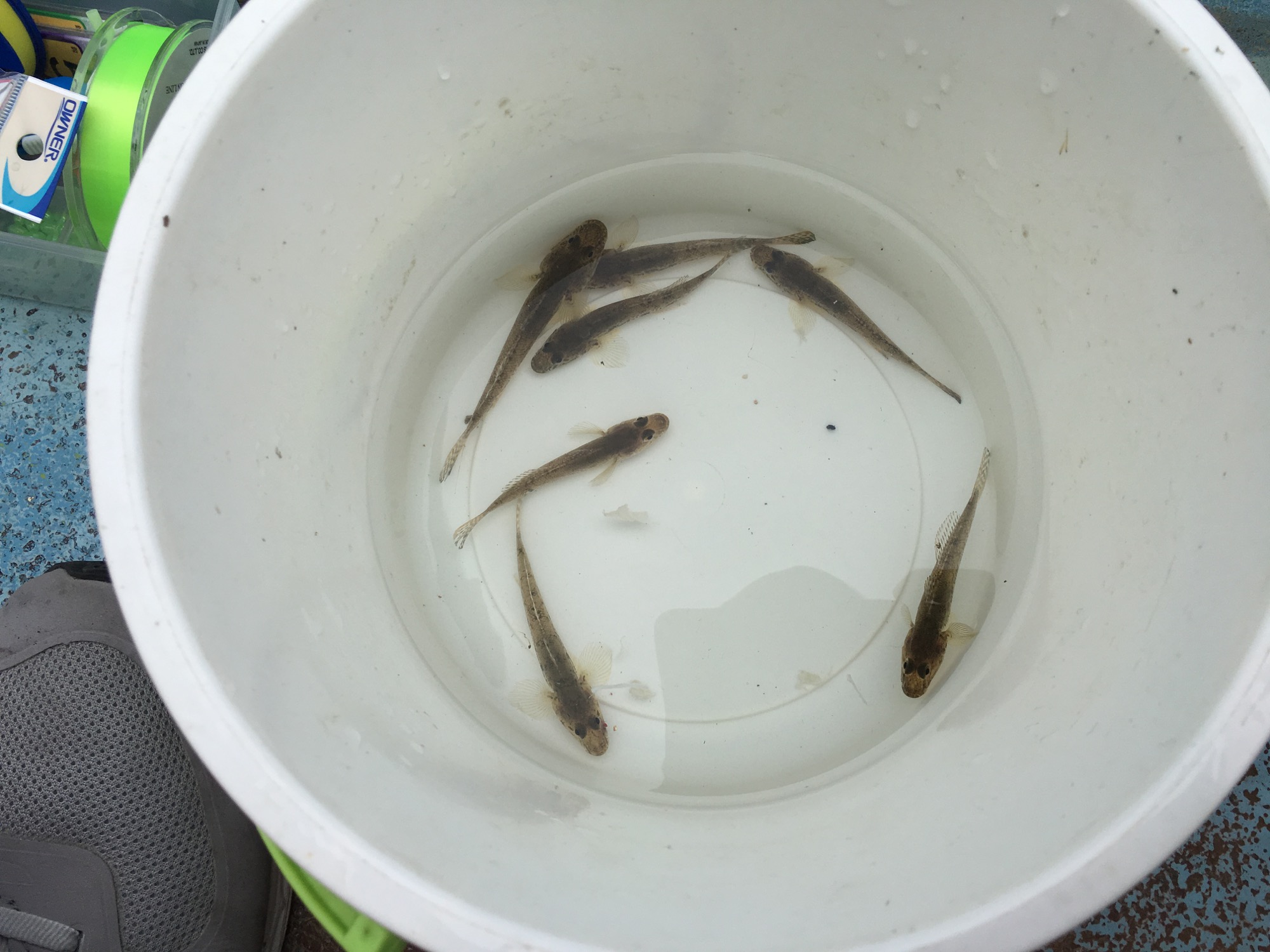 About five minutes into the morning! Goby really are easy to catch.

Fast forward to the pre-determined date in October and I awoke before the sun to catch the first train out of Yokosuka. My destination was Myoden Station in Edogawa Tokyo. Some two hours later I arrived and jumped in my friend Go Ishii-san's car for the quick drive to the Edogawa River and the docks where our charter Itoyusen, operates from. We met the crew at the pier and after stocking up on some last minute beer from the vending machine we boarded our boat. A few minutes later the boat captain anchored us in the river and we began rigging our lines. The water was only about 1.5-2 meters deep. Since Goby prefer to feed on the bottom you fish with a fixed line about 60cm longer than the water depth and a heavy weight attached near the hook. For bait we used worms and scallops. 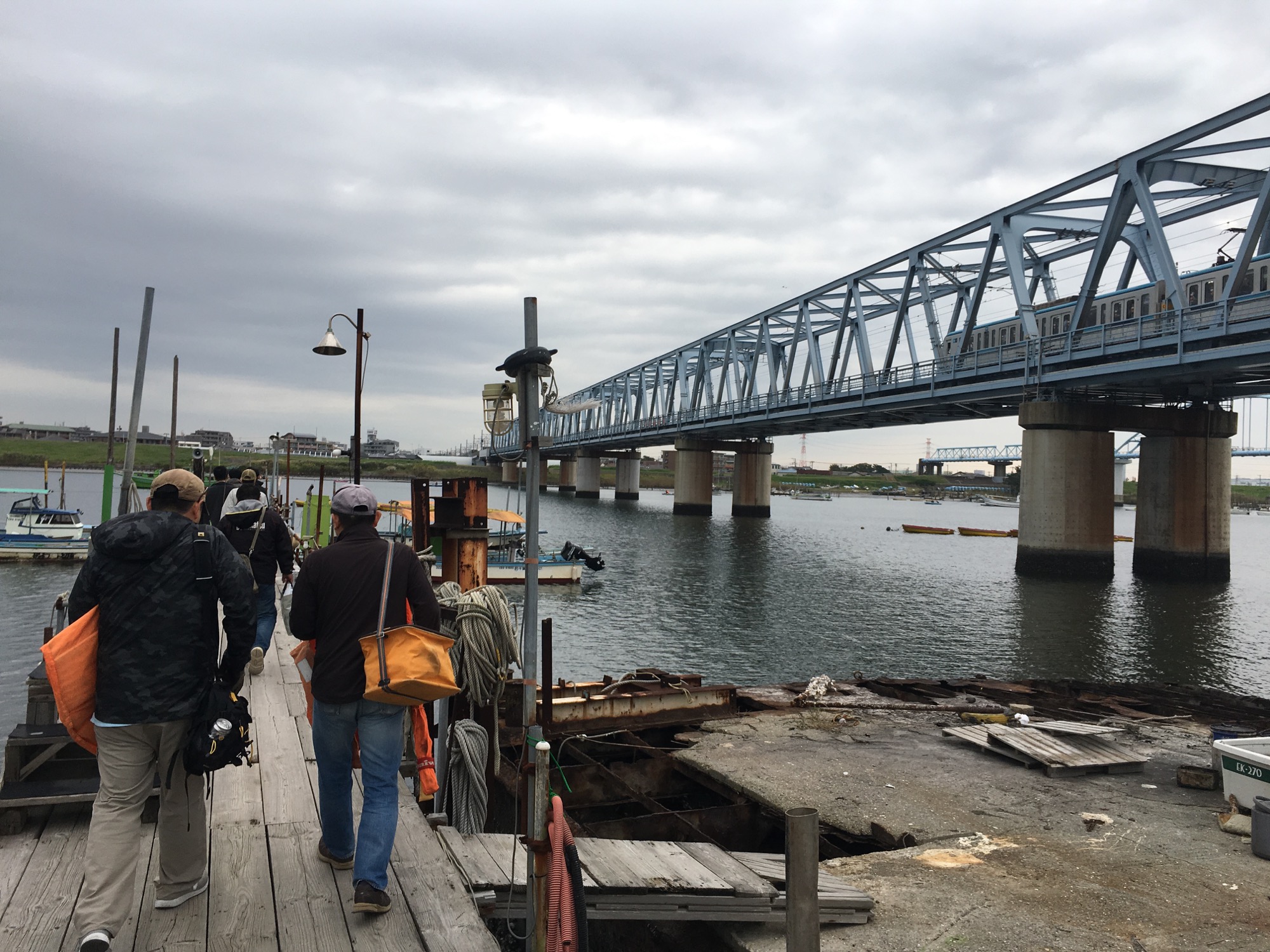 Goby are very easy to catch. I probably caught somewhere around 20 fish and I was more focussed on talking and hanging out than fishing. For every 50 bites or so I would succeed in catching a Gobi, they are quite adept at cleaning ones hook without getting caught. About halfway through the day Yamano-san let me borrow one of his bamboo ハゼ rods. I was very impressed at not only the exquisite craftsmanship but how sensitive yet firm the rod was. I could feel every little bite so much more clearly than with my Tenkara rod. The rod felt very supple and soft yet when I set the hook it felt like a stiffer rod. It is kind of hard to explain, it is something that must be felt to be believed. I cannot wait to start making my own bamboo rod next month. 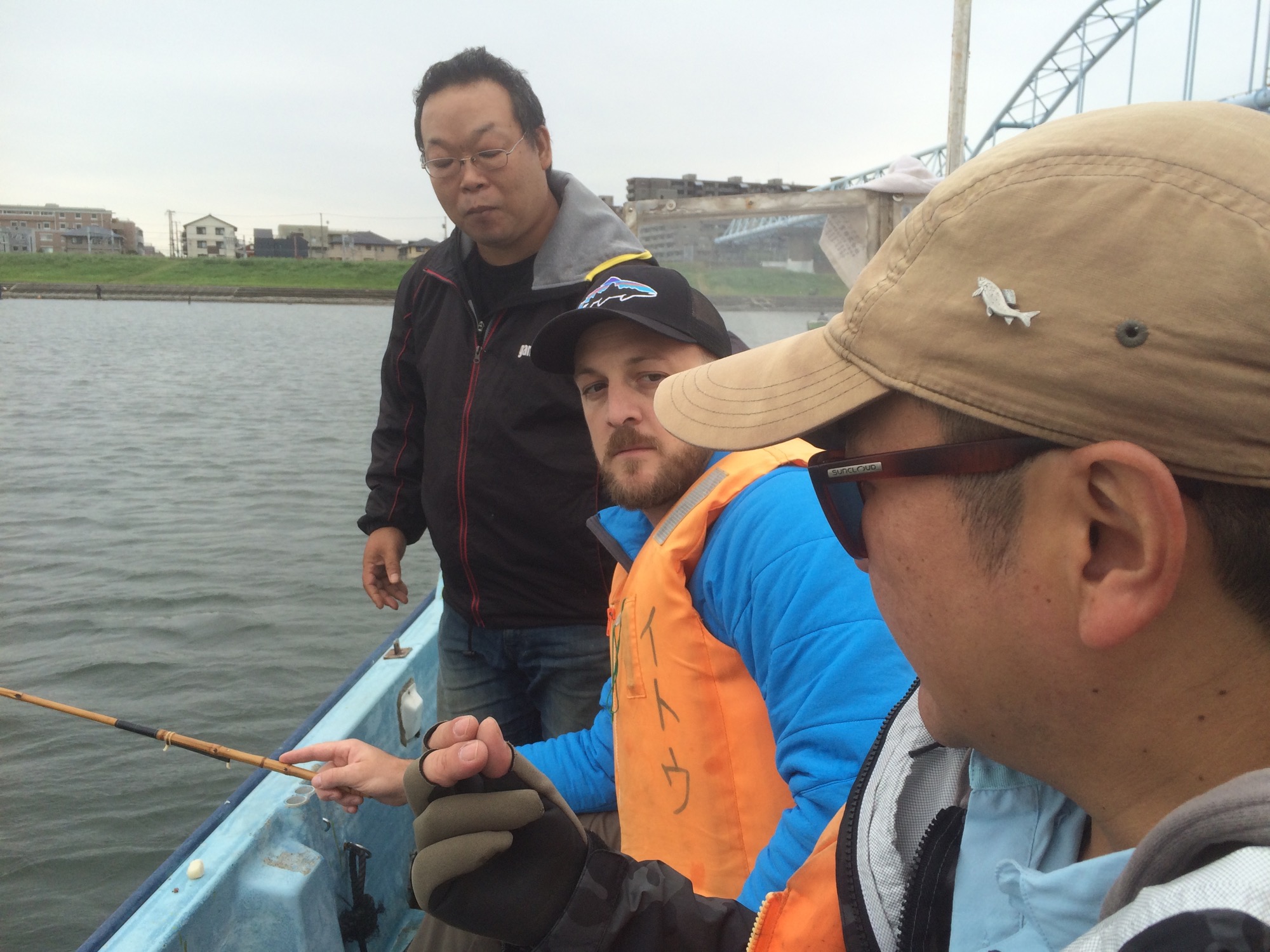 After five hours of fishing we summoned the boat captain from shore and returned to the pier. On the way back Ishii-san and I dumped our bucket with about 75 live fish in it back into the river. We already had plenty of fish for everyone and Goby are not the easiest to clean (they are small and slippery factor in a bit too much to drink and a moving boat and it was a miracle no one lost a finger). 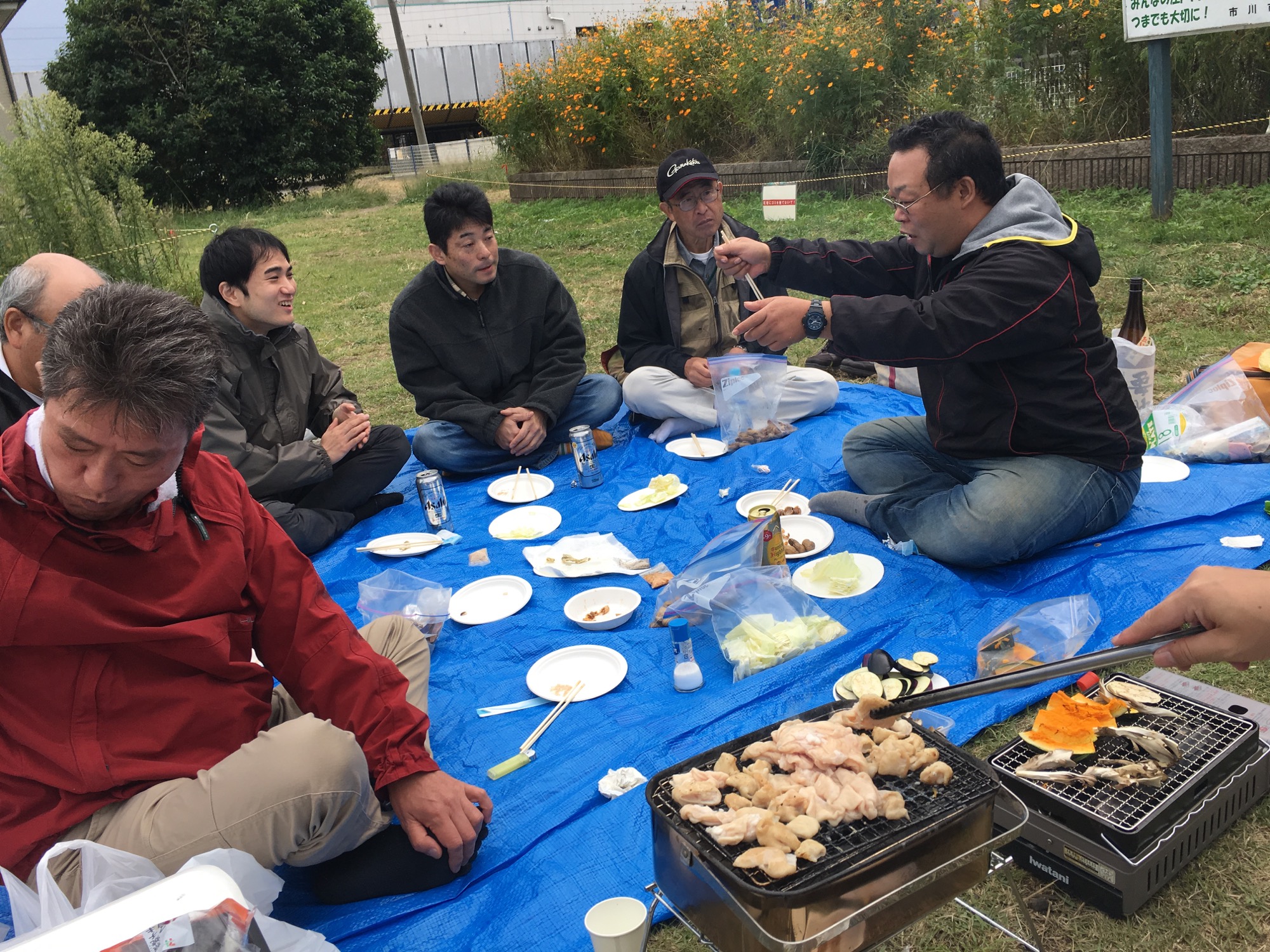 There was a nice park next to the river and in no time flat we had a full on BBQ going with pig intestines, some sort of sausage made from the fat of a cows placenta, and Goby tempura (oh and a few liters of beer too). It was all delicious, I am very much hooked on Japanese stream side BBQ now. 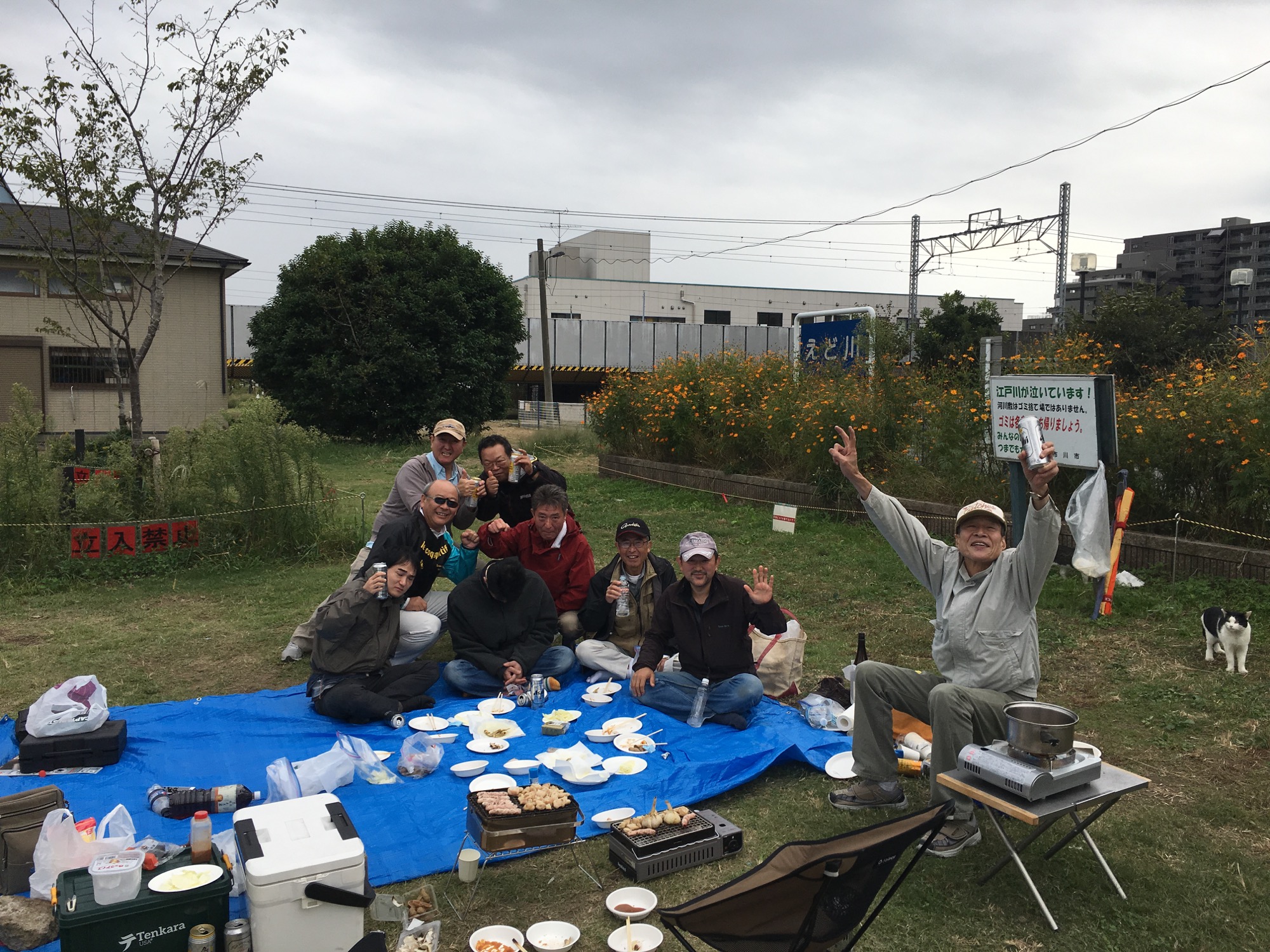 It is a good thing no one had a permanent maker :)

After eating all the BBQ we packed up and headed down to a local restaurant where we continued the party for another couple of hours. It was a great way to wrap up a wonderful day hanging out with friends, making new ones, and trying soba water sochi (which is quite delicious). Unfortunately with a two hour train ride to get home I had to say goodbye too soon, but I am looking forward to my next fishing outing with Yamano-san and his illustrious crew. 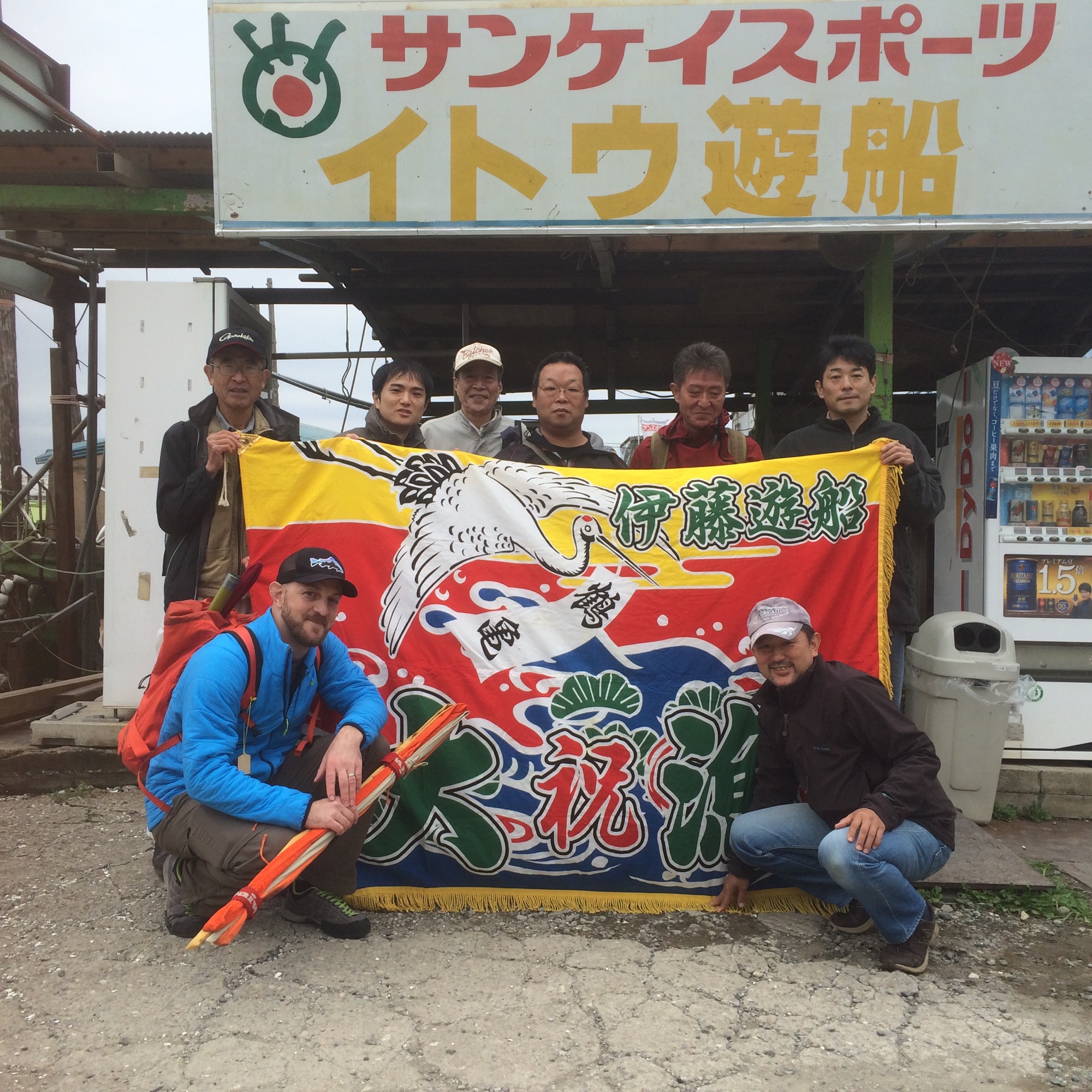