With the end of the mountain stream fishing season fast approaching I was itching for a bigger trip. Something I have wanted to do since I discovered Tenkara was to go on a backcountry tenkara camping trip in Japan. When my friend Kado-san suggested we do just that I cleared my calendar and packed my bags. Our destination was a small stream way out in the middle of nowhere in Yamagata Prefecture. 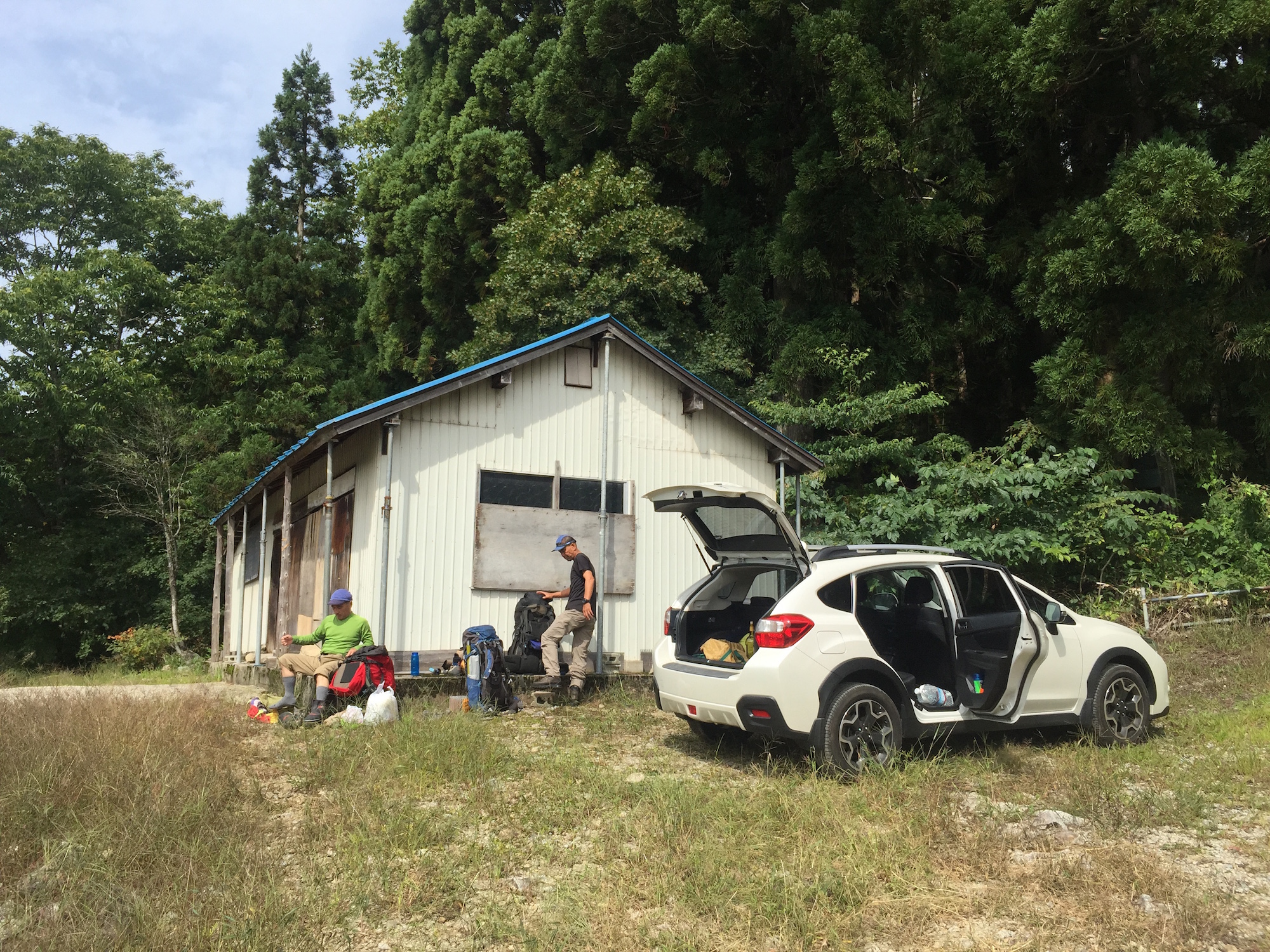 I was told that the approach to the stream was via a short trail and the distance was an easy 5-6 kilometers. However, I would hardly call what we followed a trail. In places "the trail" was a few inches wide across a near vertical hillside, the brush was often times over your head, there were numerous knee deep muddy bogs to wade through, trees down all over the "trail" that required a lot of stamina and flexibility to negotiate, and of course slippery roots and collapsing hillsides. Factor in enough food, supplies, and alcohol for three guys and some older heavier equipment and our packs were pushing 30+ pounds. Needless to say it was an epic slog to get to the river. 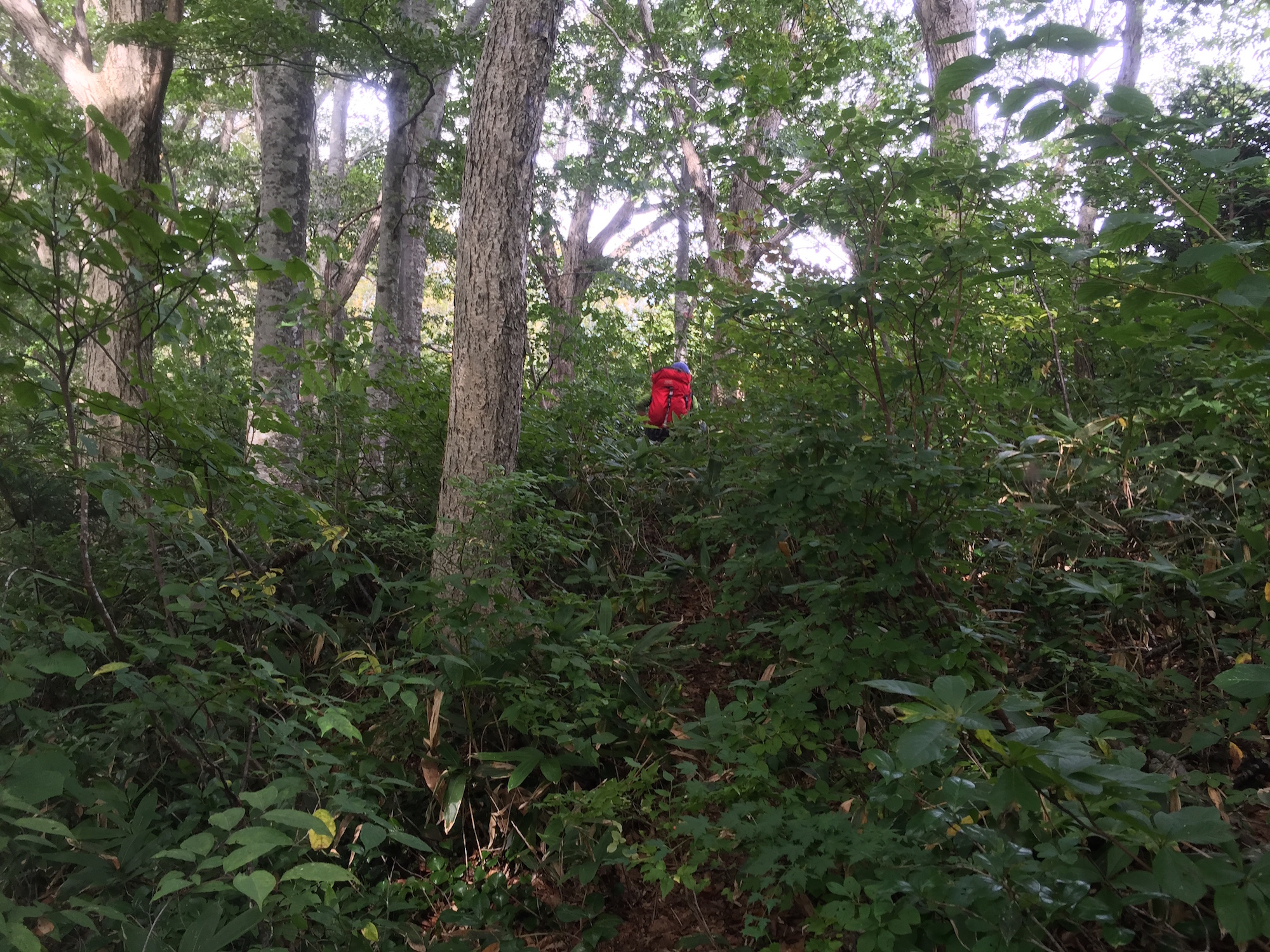 When we got to our campsite surrounded on three sides by a crystal clear river filled with Iwana the suffer-fest suddenly became a distant memory. 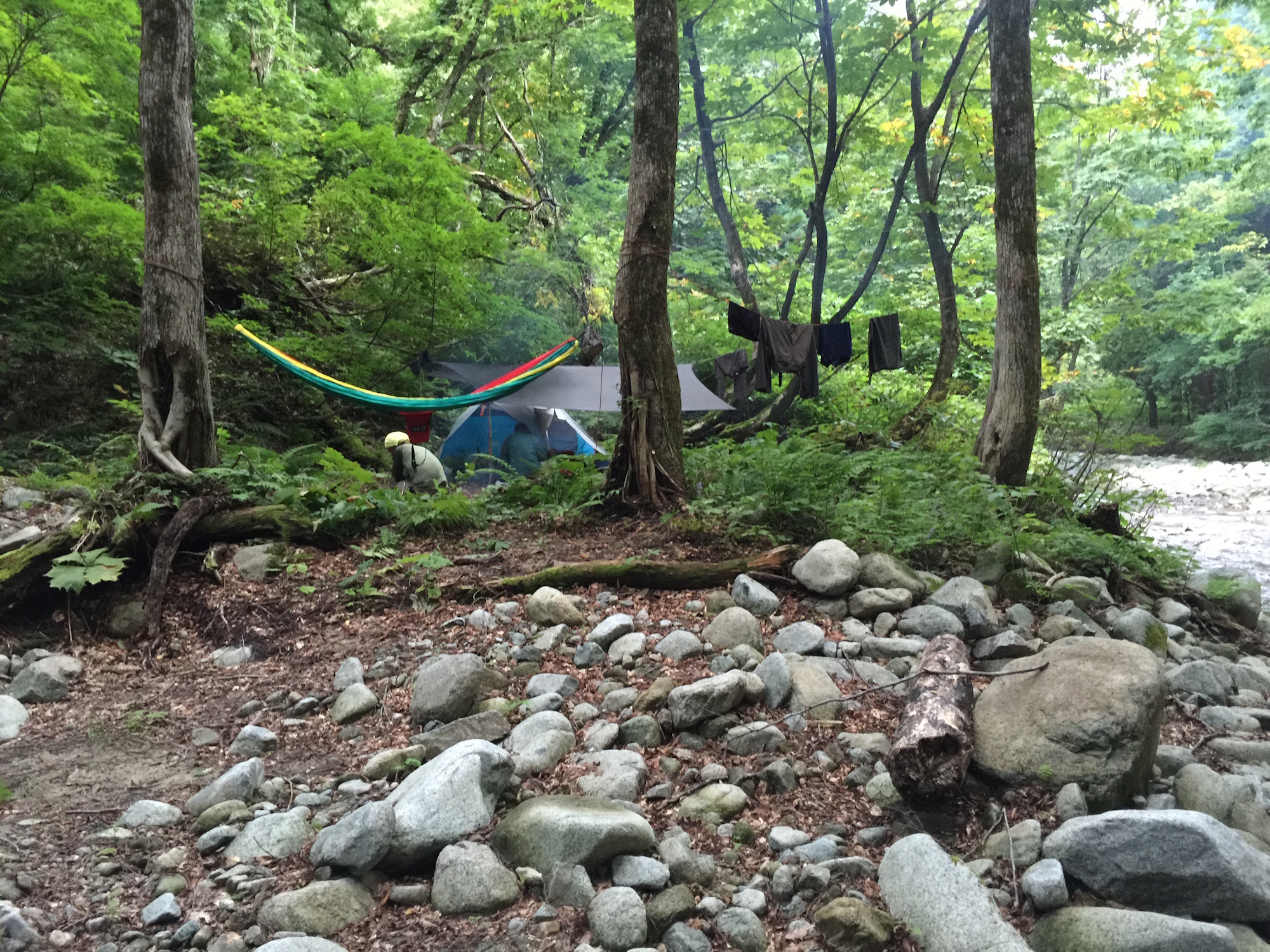 We quickly got a roaring campfire going and I set off to catch dinner. As I made my way upstream Iwana were darting about everywhere, in about a 30 meter section of the river I counted seven Iwana. That night we snacked on the one Iwana I kept, a delicious Japanese rice soup, and washed it all down with chardonnay, sake, and whiskey. That night I opted to sleep in the hammock. I had never slept in one before and was skeptical at how comfortable it would be. With the sound of the river and the wind gently lulling me to sleep I was out in seconds and I did not wake up until several hours after sunrise. Sleeping in a hammock is awesome! 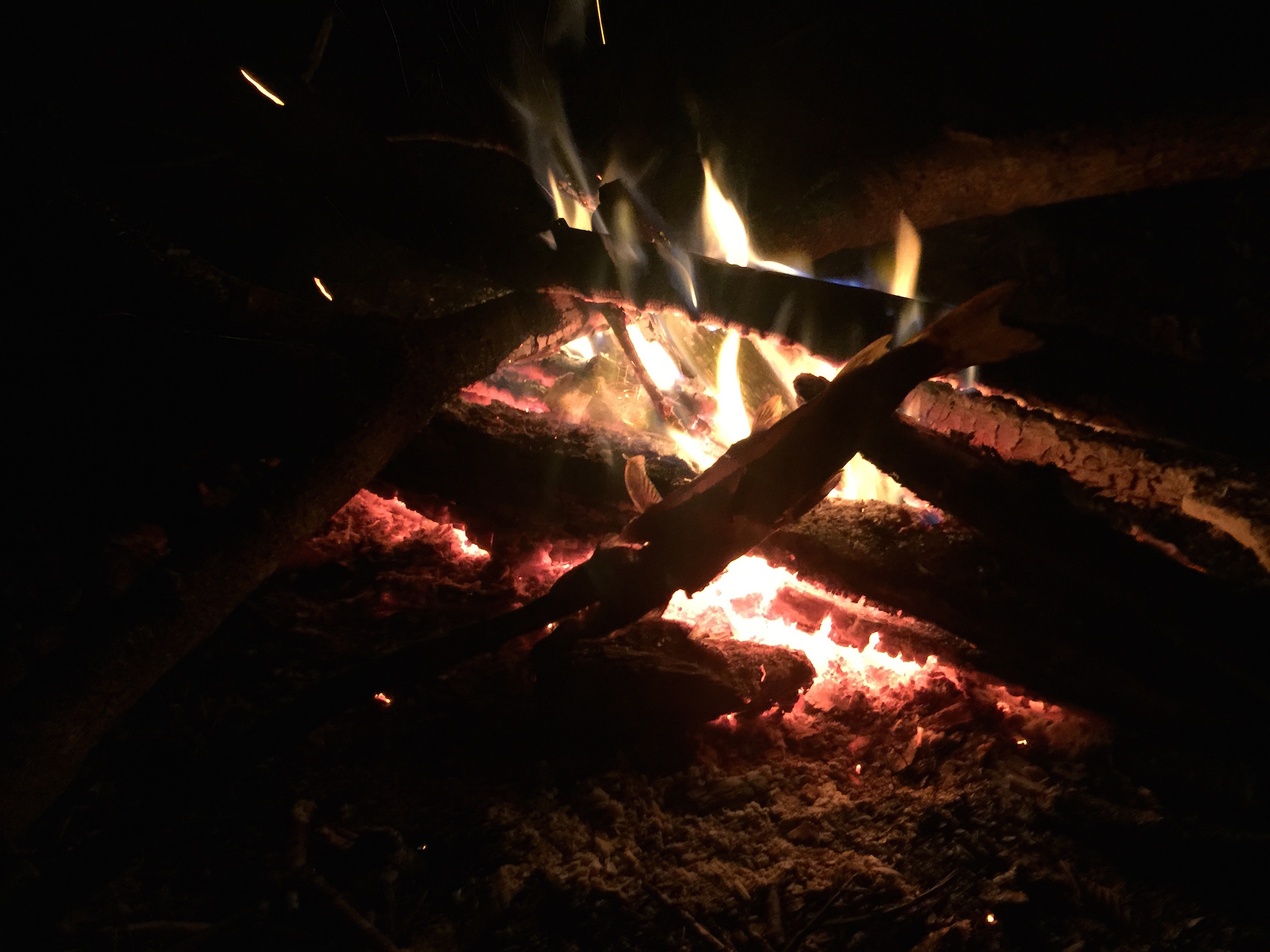 After several cups of coffee and ramen with eggs for breakfast we set out to explore the river. Over the next six hours we made our way upstream. The higher we got the smaller the stream got, the colder the water became, and the bigger the Iwana got. The three of us leap-frogged up the river catching, hooking into, or spotting well over 100 fish. We explored several tributary streams too. Some of which were filled with Iwana others did not hold a single fish. 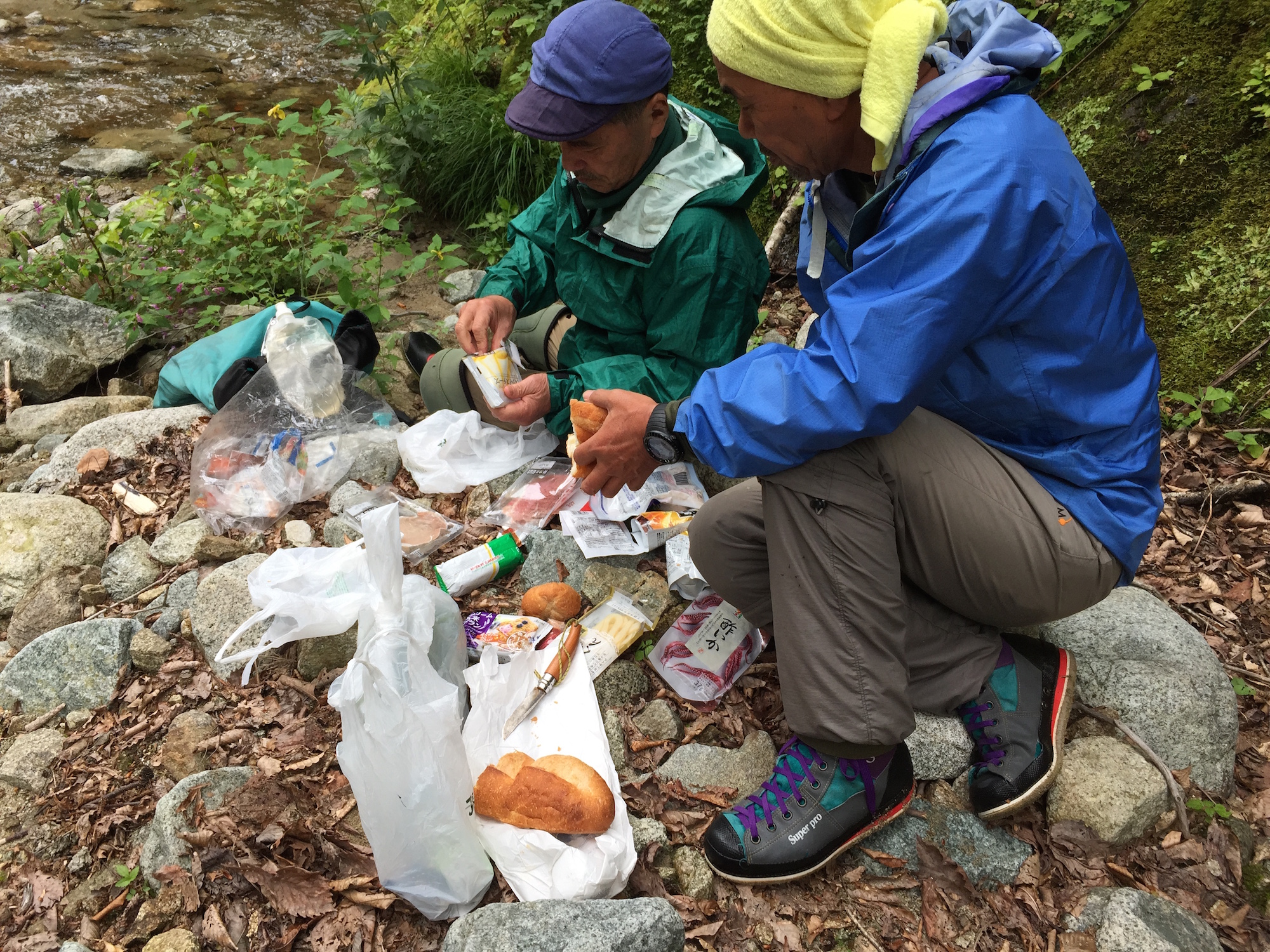 That afternoon it began to rain and as the day progressed the rain intensified and by 4pm it was an all out downpour. Luckily we were able to get the campfire going and with a lot of coaxing we smoked three more Iwana and polished off our remaining chardonnay. Sleeping in the hammock was out of the question the second night. So, we piled into my three man tent and fell asleep to the sound of the rain, the occasional golf ball sized seeds slamming into our tent, and around 2300 a small earthquake. Needless to say the next morning I was in desperate need of coffee. 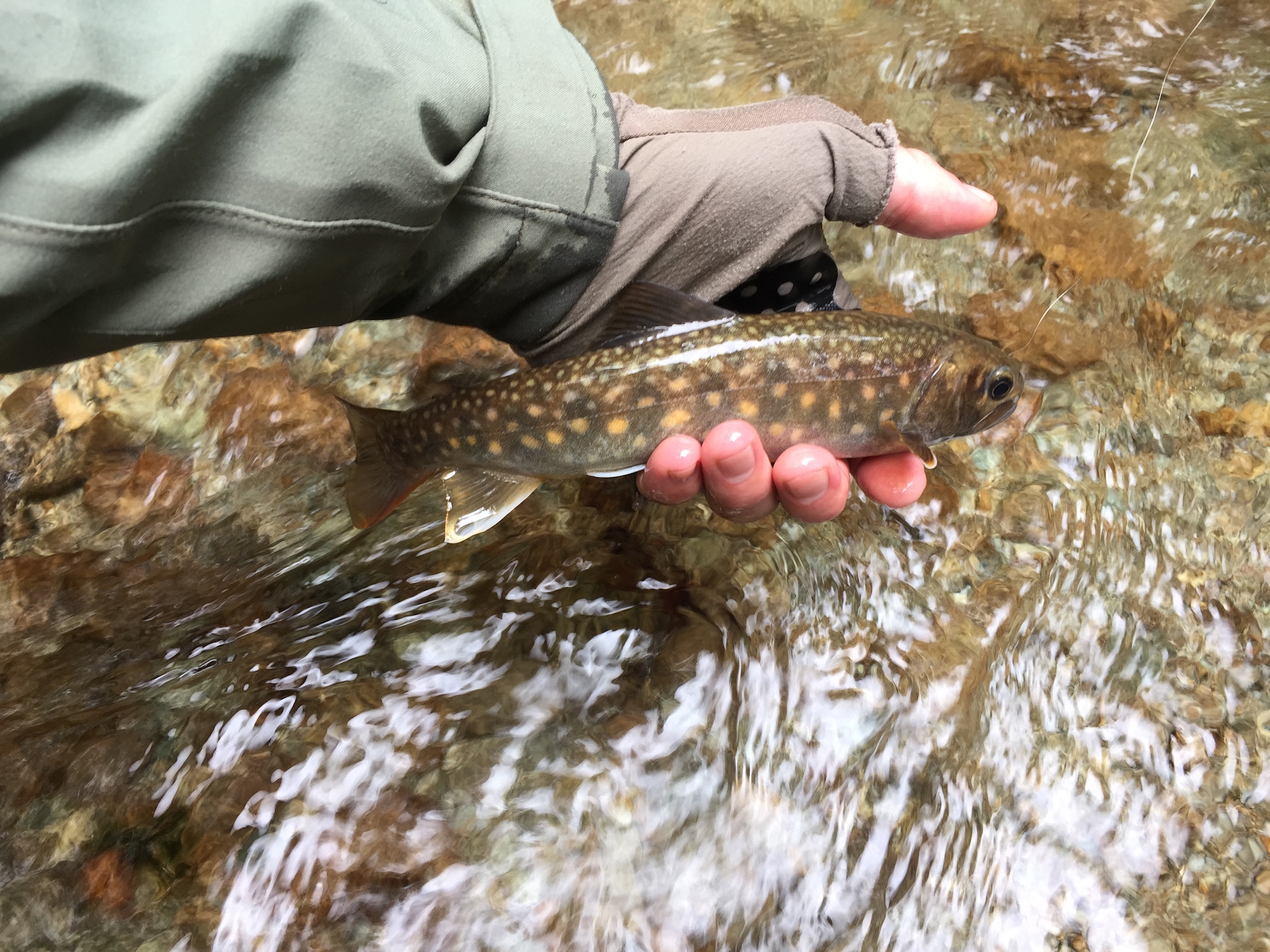 Thankfully the rain eased up just before sunrise the third day and the sun even began started poking its way through the clouds. After yet another delicious Japanese meal we packed up camp and began the desperate slog back to the car. Motivated by the promise of the "best ramen in Japan" and the blue skies the hike went by quickly and before I knew it we were back at the car. It had been a memorable trip but it was not over yet. We still had a seven hour drive back home, a ramen shop to find, and an onsen to soak in while sipping on some more chardonnay!