The Tanzawa Mountains in Japan are a blessing and here is why.

🏙 - Tokyo is the largest city in the world in terms of population...

🌡 - This summer was a record breaker for heat in Japan, with temperatures reaching 100˚F (that may not seem so bad but when you factor in 80%+ humidity that kind of heat is atrocious and deadly)... 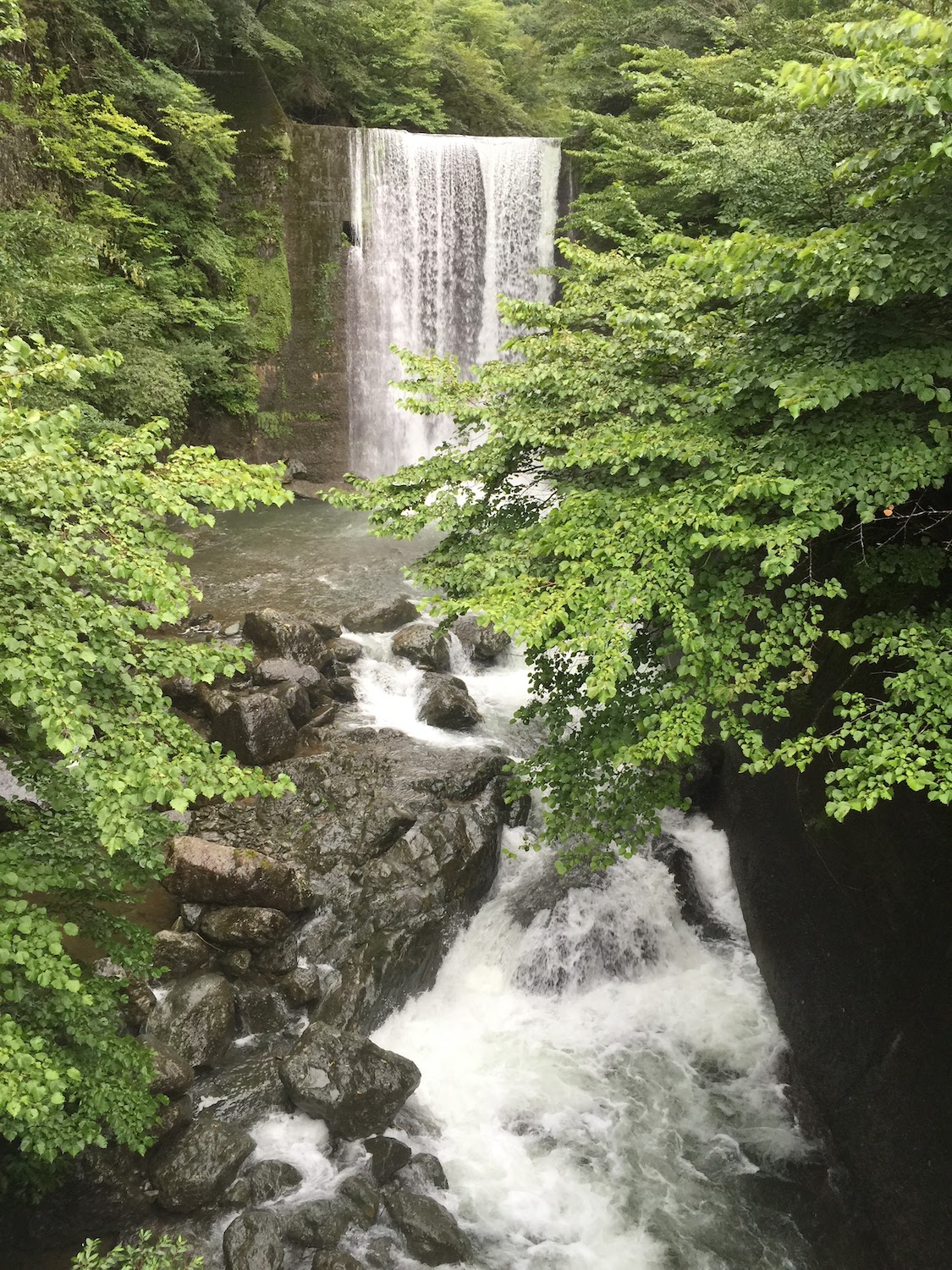 Living in such a huge population center and being able to find a place to escape the crowds and immerse oneself into the silence of nature is particularly special. The Tanzawa Mountains offer a plethora of cold mountain streams surrounded by tall and dense trees (example A, B, C, D). Even on the hottest of days you can find a shady and cool keiryu to beat the heat (and they tend to be teeming with fish too)! Lastly driving from my home in Yokosuka to the Tanzawa Mountains is cheap (by Japanese standards) coming in at ¥3,080 ($25.60) round-trip for the tolls and about 13 liters of gas in my Kei car. 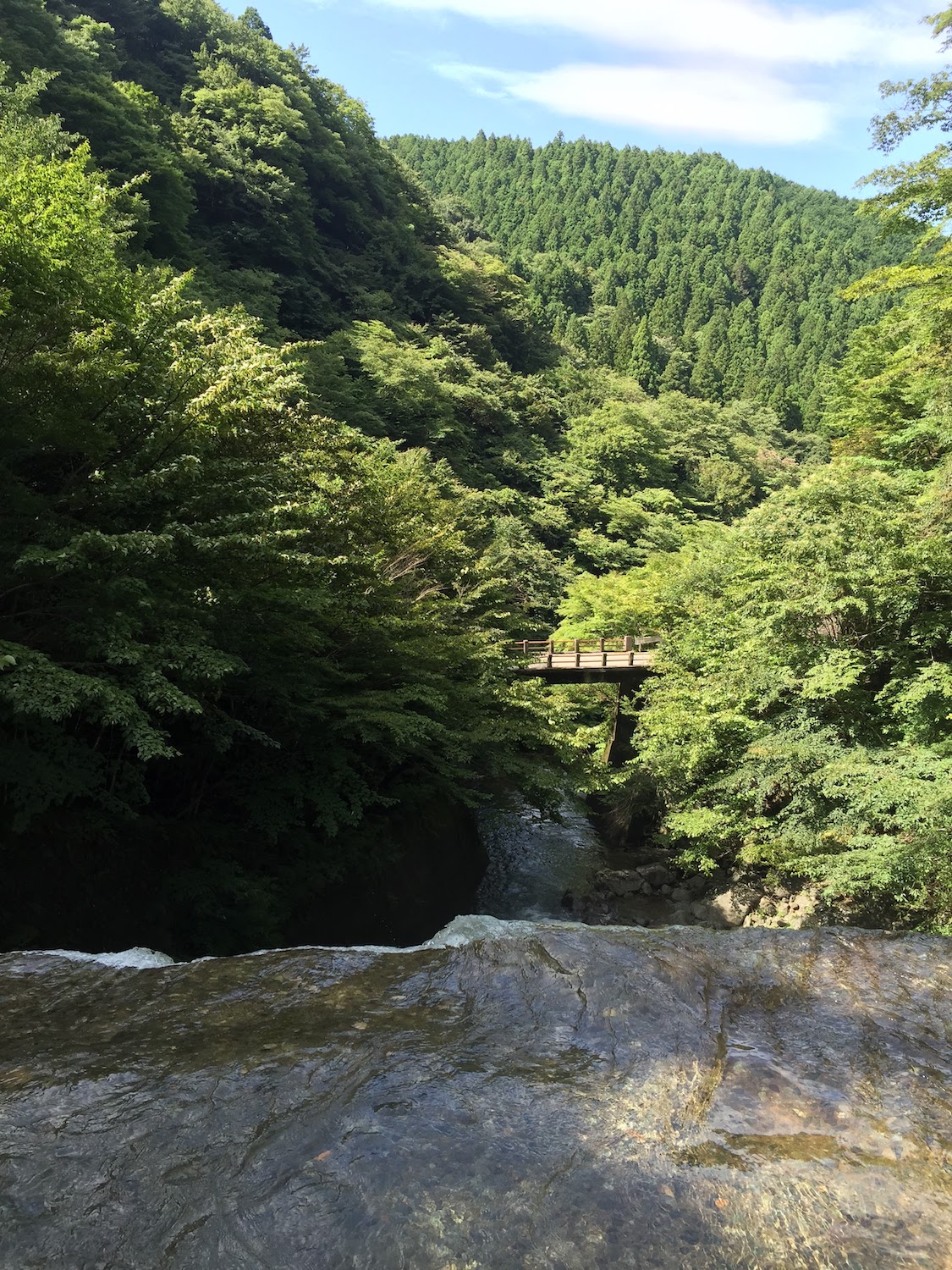 I recently picked up a trail map of the Tanzawa Mountains and began ticking off little blue lines on the map. There is a main tributary to Miyagase Lake that I have been itching to explore so despite a very ominous weather report I packed up my bags the night before and set my alarm for an early departure. 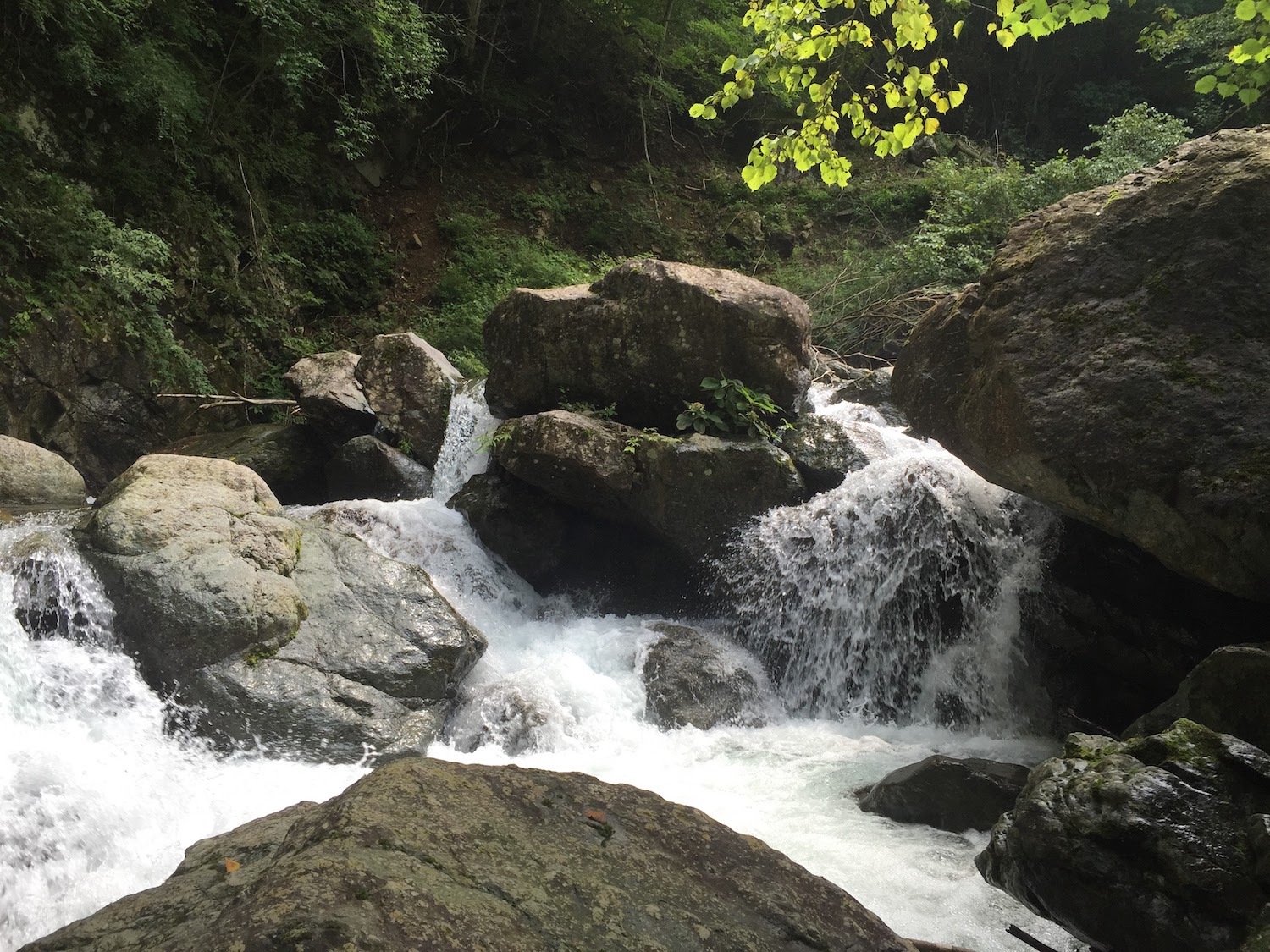 My alarm went off and as I blearly got up to make coffee there was a bright flash followed by a very long rumble. I peaked through the blinds, it looked really bad outside. Wind was ripping through the trees and the sky was nearly black. I contemplated bailing on the trip but after sipping some coffee I decided that a day getting soaked in the mountains would be better than staying inside staring at the TV. As I got on the highway the rain was coming down in buckets, with my wipers on full speed I could still barely see and the wind was buffeting my Kei car all over the road. When I was just about to call it, turn around, and head back home the rain let up for a second, the clouds parted, and a small patch of blue sky poked through the clouds. 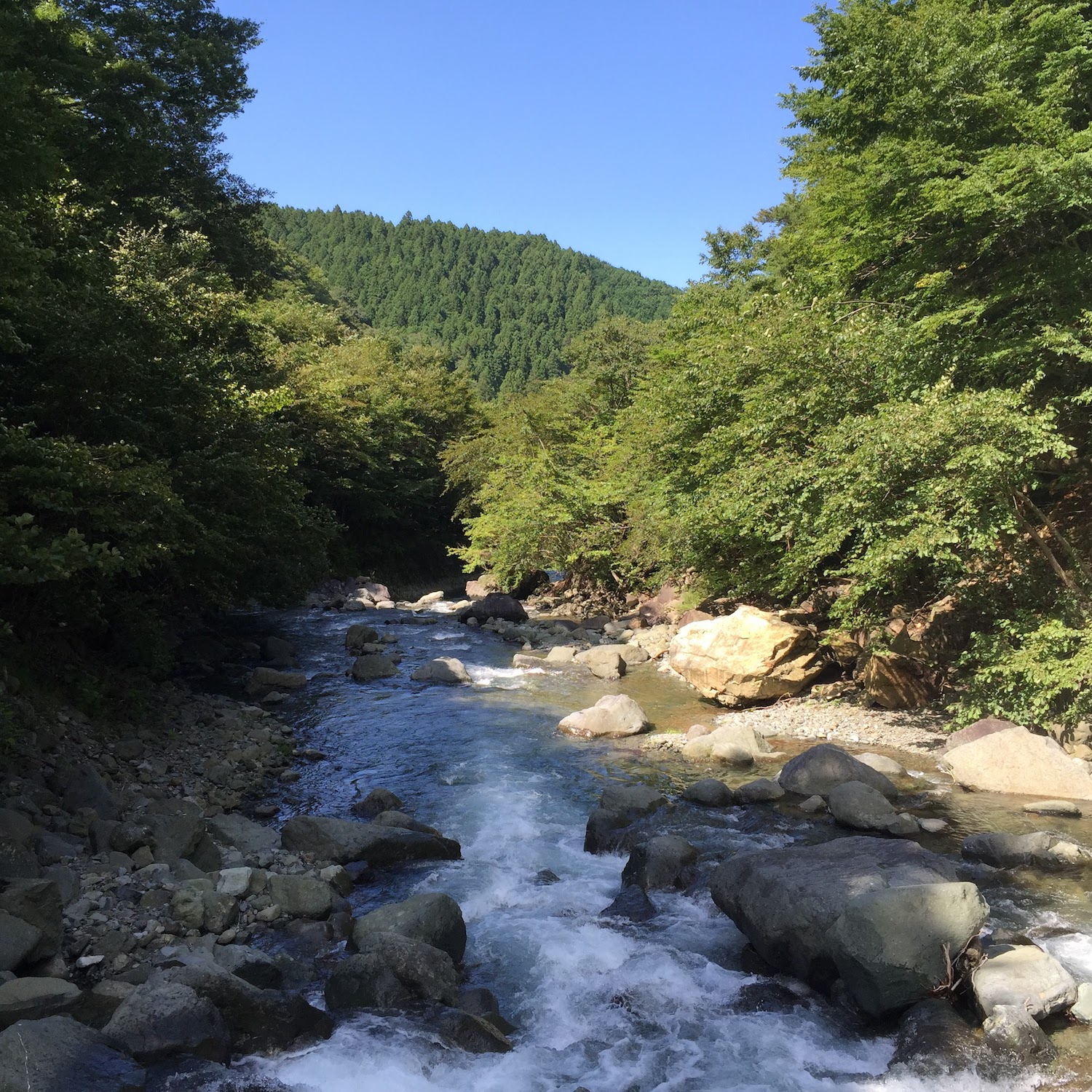 Obviously I could not bail now, the storm would most likely break up and the bad weather would surely keep the masses at bay, plus I had a new rod to break in. By 9am I was parked at the end of the road and putting on my sawanobori shoes. I could see the stampede of yamabiru (land leeches) creeping towards me, and I even found a few on my shoes, as I was getting ready. I had a long way to travel so I had brought my mountain bike, I love riding my bike to the river. I can cover ground quickly and get deeper into the mountains in a much shorter amount of time. As I pedaled up the road I came across another Tenkara angler who was hiking, he looked very surprised to see me. His cigarette almost fell out of his mouth as I rode past him with a smile and a vigorous 'Ohayo!' The rest of the day I did not see anyone. After riding about 6km up the closed road the pavement turned to dirt and shortly thereafter I found a short trail down to the river. 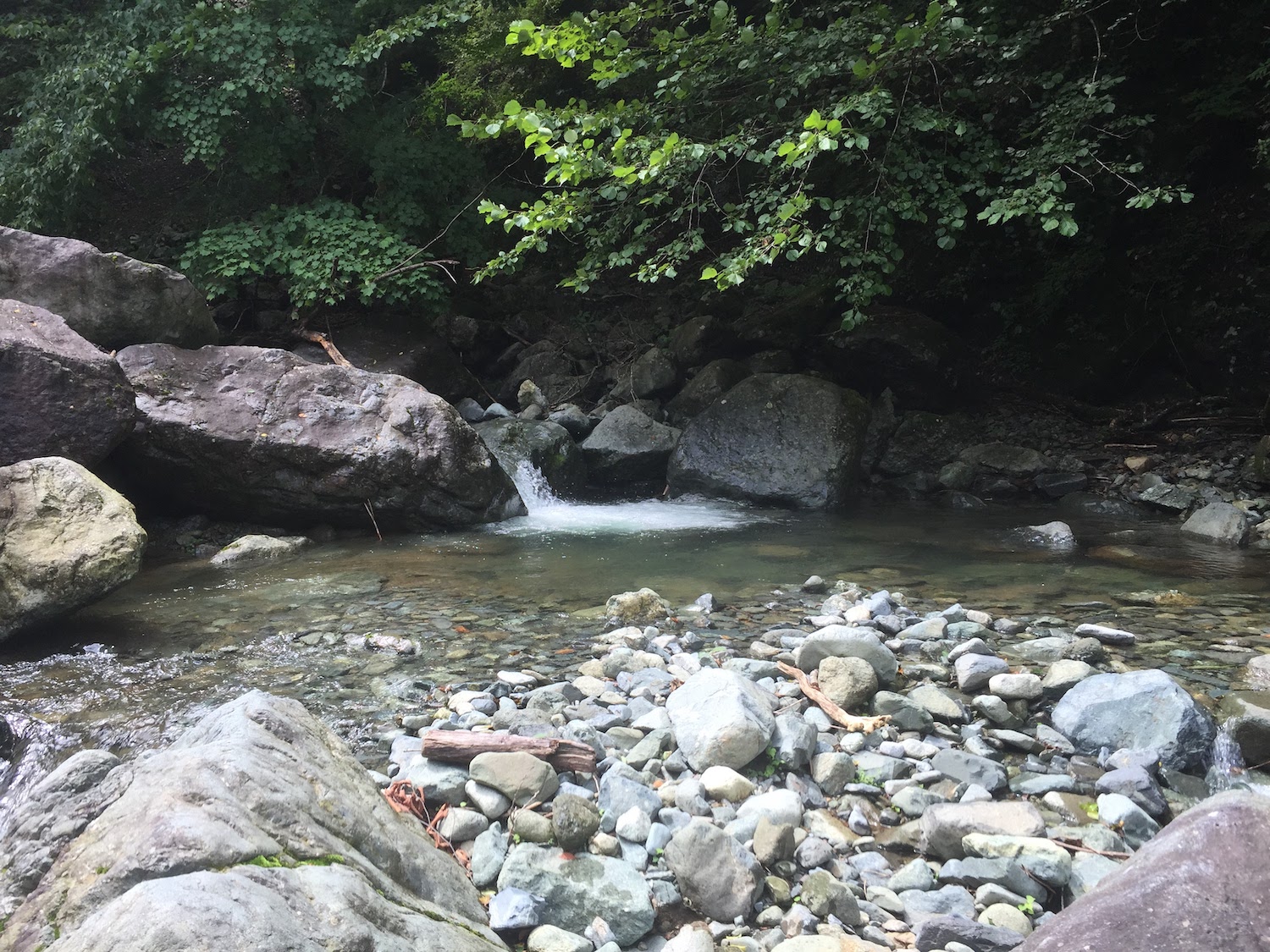 Following the sound of the water I picked my way carefully down the faint trail making sure not to disturb any snakes, spiders, hornets, or leeches. The trail deposited me at the edge of a steep cliff, at first I could not see a way to descend carefully but then I saw a rope camouflaged in mud and branches. Letting myself down carefully I giggled with glee, this was my kind of stream. The rain had held off during my ride but the heat and humidity had left me drenched so I relished the cold water as I stripped down to my shorts, carefully checking myself for leeches. Having found none I proceeded to setup my new keiryu rod. My new kieryu rod is over five meters long and is nearly three times heavier than my heaviest tenkara rod! I tried casting with one hand and nearly broke my wrist (slightly exaggerated) so I switched to two hand casting. But it was not very accurate plus the river was flowing at a very high rate and keeping my fly in the pools for even a second or two was proving to be very challenging. So, I switched to a dry fly on a short line setup and began creeping up the river fishing all the promising looking spots. 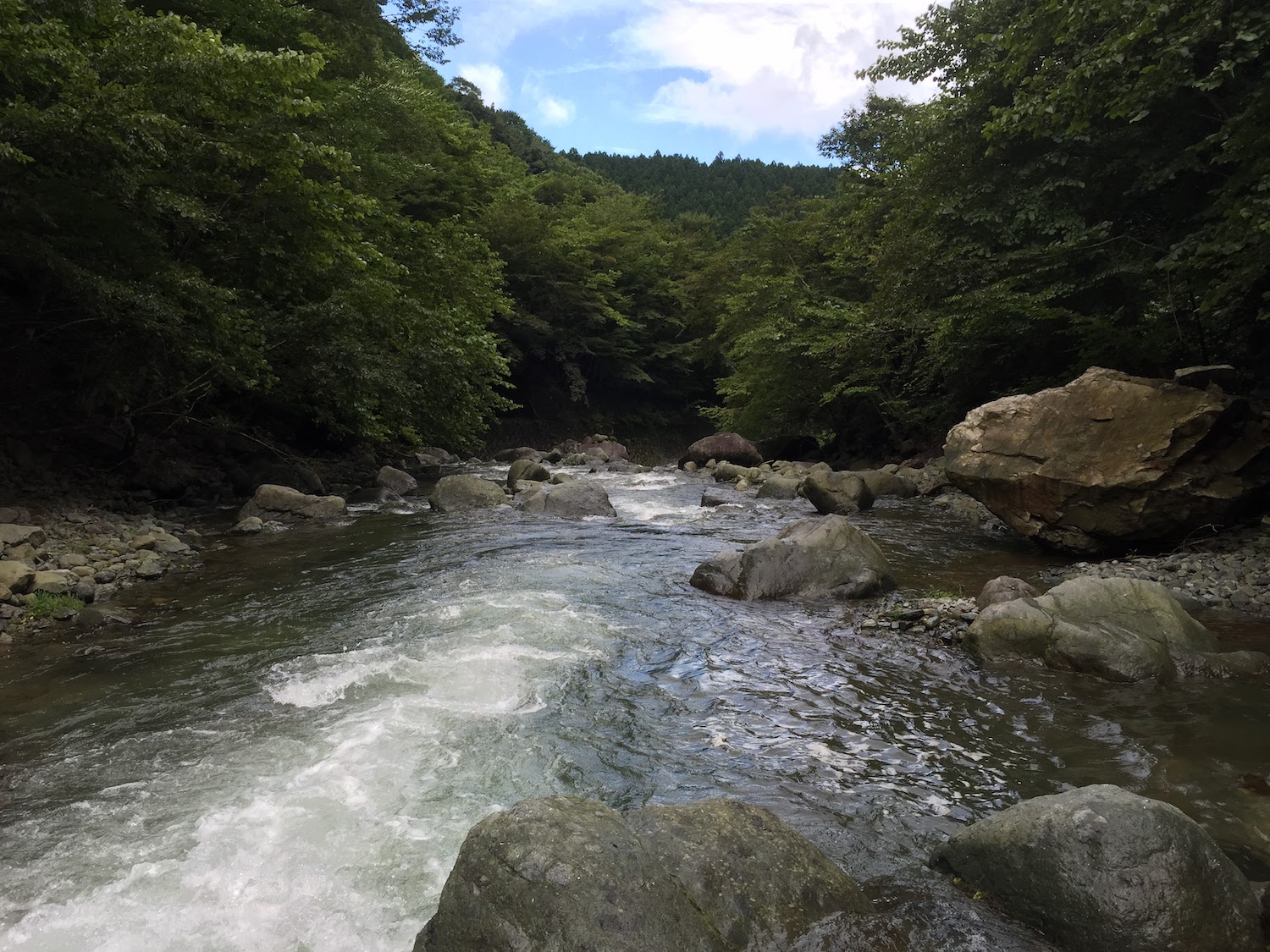 At first I was worried that the long length coupled with the weight of the rod would make it hard to detect strikes but that uncertainty was quickly squelched when I hooked a 12cm long Iwana!!! I had no idea that there were Iwana in these mountains, I had been told that the water was not cold enough but here she was, the most ornate Iwana I had ever caught. She had white, yellow, pink, and orange spots. Absolutely gorgeous but before I could snap her photo she slipped off the hook and darted into the depths. A little while later I hooked into a massive Yamame. While they certainly grow bigger 30cm is about as big as they come in un-stocked small mountain streams such as this one. To top it off the sun came out, the sky was blue, and the light was the soft crisp color you experience when summer begins to wane and is replaced by fall. I was a little sad that I had just found this beautiful stream with only five weeks left in Tenkara fishing season. I love fishing in the fall, but in Japan you only get eight days of fishing in the fall equinox before the streams shutdown and the fish can go about in relative peace. 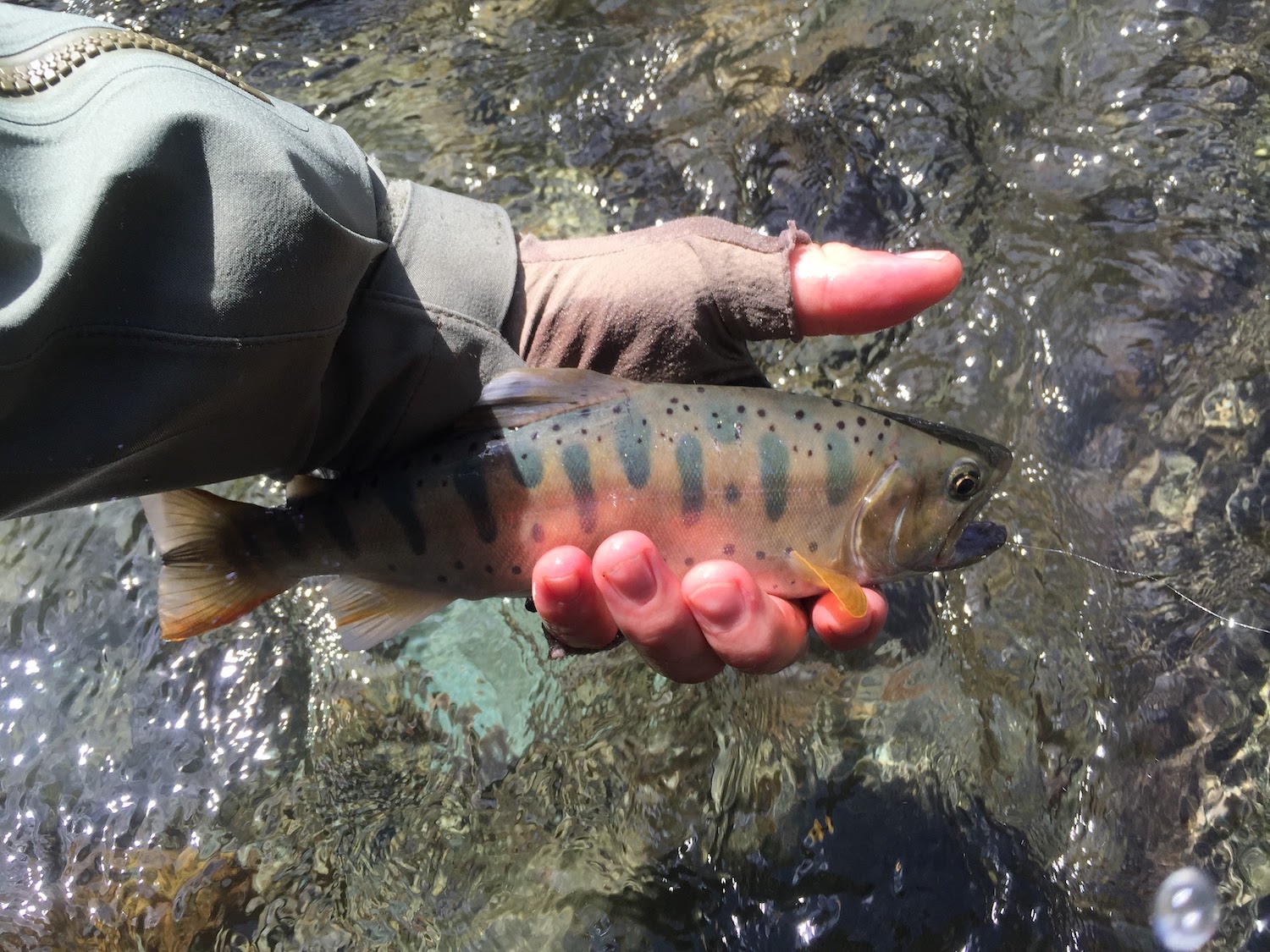 With a treacherous trek back to my bike, a long ride to my car, and a much longer drive home I began making my way back the way I had come. I found a nice pool to swim in and laid out in the sun for awhile. I had forgotten to check the air pressure in my bike tires before leaving and they were pretty soft so I took it easy on the way back to my car so as to not get a pinch flat. It had been absolutely magical day; I had caught two fish and saw another 15-20 - most of which were Iwana. They had proven to be an elusive quarry though chasing and nipping at my fly, getting my hopes up only to turn and face me before darting into the depths. Still despite the playful fish it had been a spectacular day with a lot of firsts too:

✔ - I hooked and brought to hand my first fall colored leaf of the season.

✔ - I caught an Iwana in the Tanzawa Mountains!