I have always met the end of the mountain stream fishing season here in Japan with a bit of wistfulness. The close of this season was a little more pensive for me though than usual. This season was my final full keiryu angling season as a resident of Japan. It has now been relegated to fond memories without the possibility of the addition of more. In six months I will board a plane and return to the great nation of united states - America. It was a good season, albeit I did not get out as much as I wanted (is not this true for everyone though?) but I sure did finish it off with a bang. My tale today takes place some 700 meters above Lake Tanzawa; there you will find a majestic and rugged genryu, tucked into a remote valley brimming with all manner of life. While my time in Japan is not yet finished this journey into "a good land; a land with brooks, streams, and deep springs gushing out into the valleys and hills." has surpassed my wildest dreams. Thankfully it is not over quite yet. I have a Japanese son now, so I will say with the highest confidence a man can conjure that I will be back! There are so many places I wanted to visit that despite living in Japan for three years I was unable to turn from dream to reality. So, I have to come back, there are too many areas on my bucket list.

Alas, enough waxing poetic from me - on to the headwaters of Lake Tanzawa. 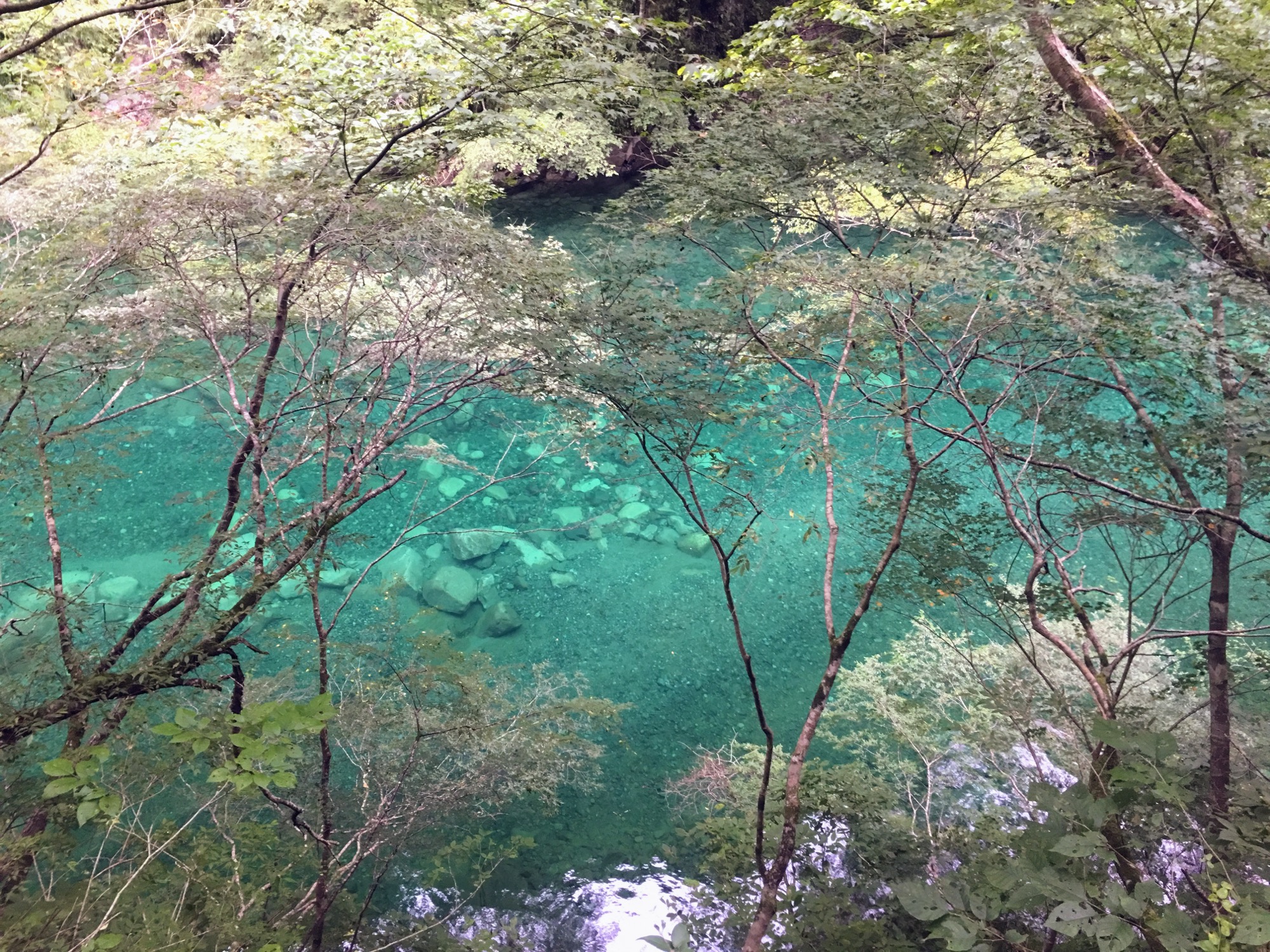 Original photo - the water really is that color!

It was not even 3am yet and the wind was howling - like many of my best fishing days this one was starting out with rain, a lot of rain. Oddly enough the rain decreased as the drive took me closer to the mountains. When I got to the trail-head the rain had stopped but it was still too dark to ride my bike (I had forgotten my bike lights at home... Not to mention I was a little concerned about running into bears or boars), so I dressed slowly and packed and repacked my pack. After burning some time the sky brightened up sufficiently and I hoped on my bike and pedaled up the road my bear bell clanging away. 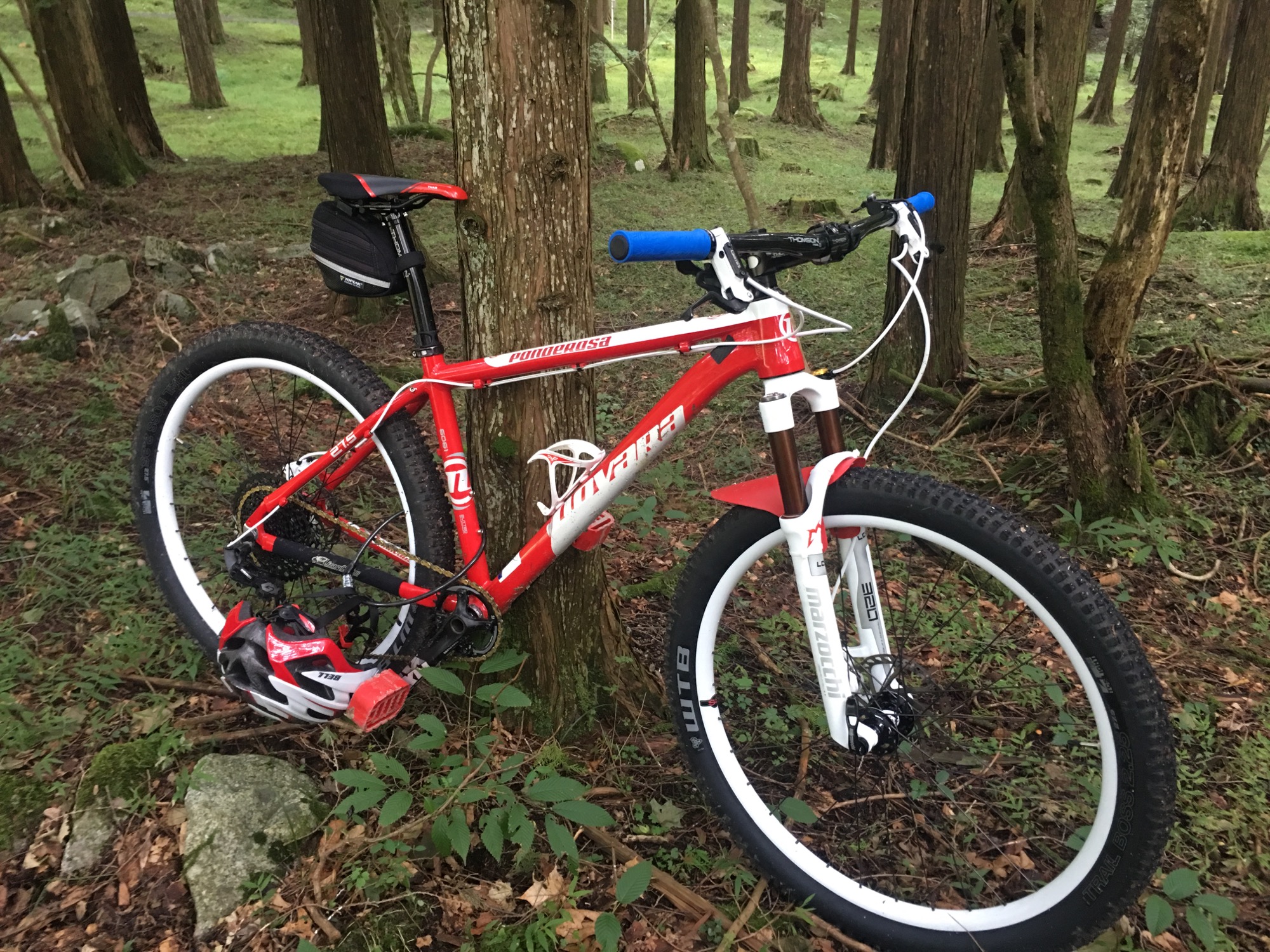 Over the last few months I have upgraded every part on my trusty steed. My sub 12kg XC race rig is now a reality.

The trail map said it was a three plus hour hike, but on my bike I was making really good time until I got to a dark and forboding tunnel. It was 327 meters long and completely dark inside. After working up the courage I descended into the pitch black abyss alone, and armed only with my iPhone's punny torch. Halfway through and engulfed in blackness with no light behind or in front of me there was suddenly a loud roar. My hair stood on end and I reached for my knife on my waist belt. As suddenly as the noise began it subsided and I realized it was just the sound of a small rock slide reverberating through the tunnel. 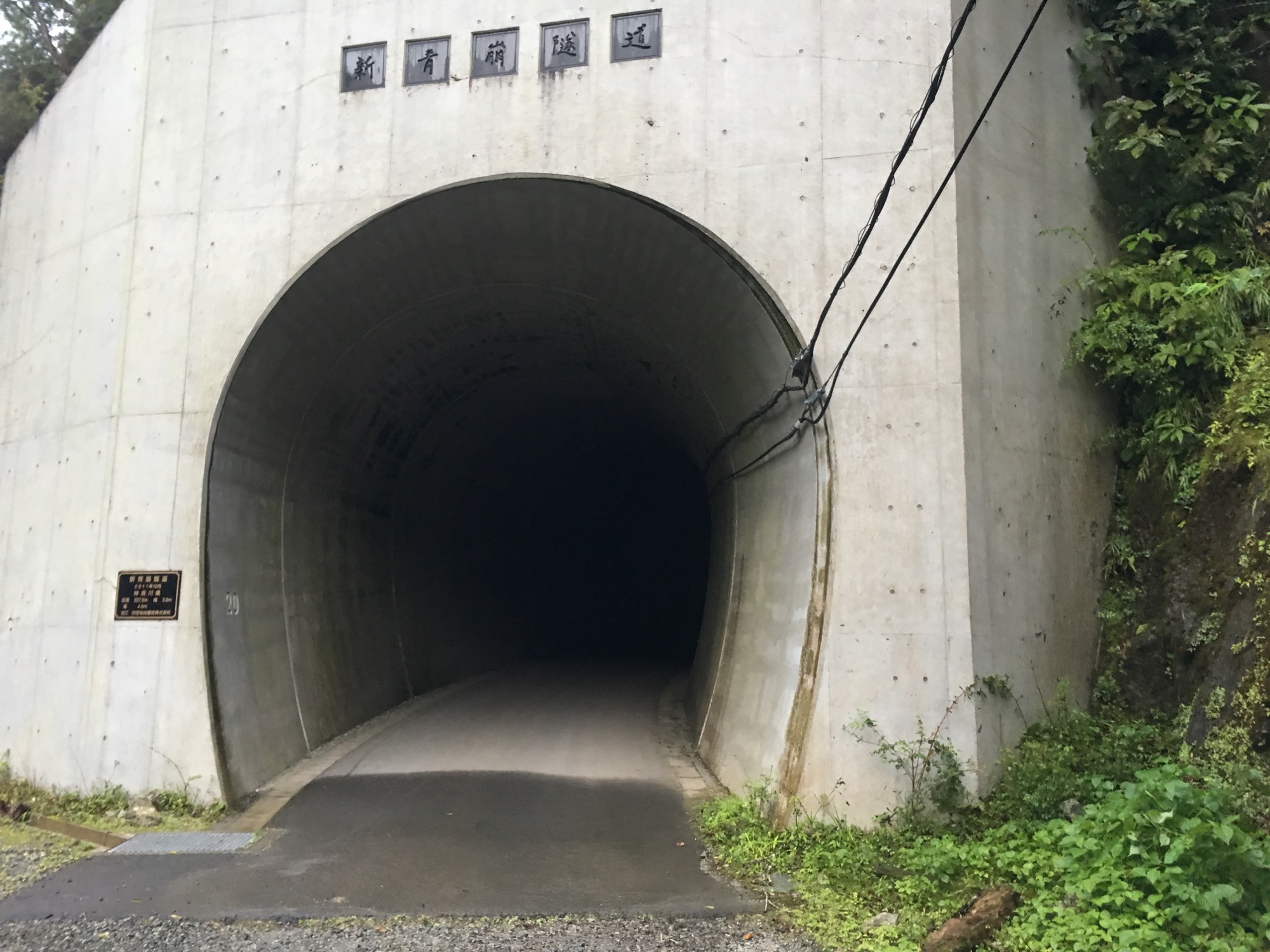 Do not forget your bike light...

Safely on the other side and back in the light the steepness of the road increased and soon I was soaked in sweat despite the cool 19° mountain air. After 90 minutes of riding I made it to the point where the dirt track ended and the genryu began. So I locked up my bike and proceeded on foot. As soon as I got into the river I started spotting fish. It was a good sign! I fished for awhile and got a few bites but missed the sets. Then I came around a bend in the river and was greeted by a massive weir/dam. It took me a while to find a safe way up and over. 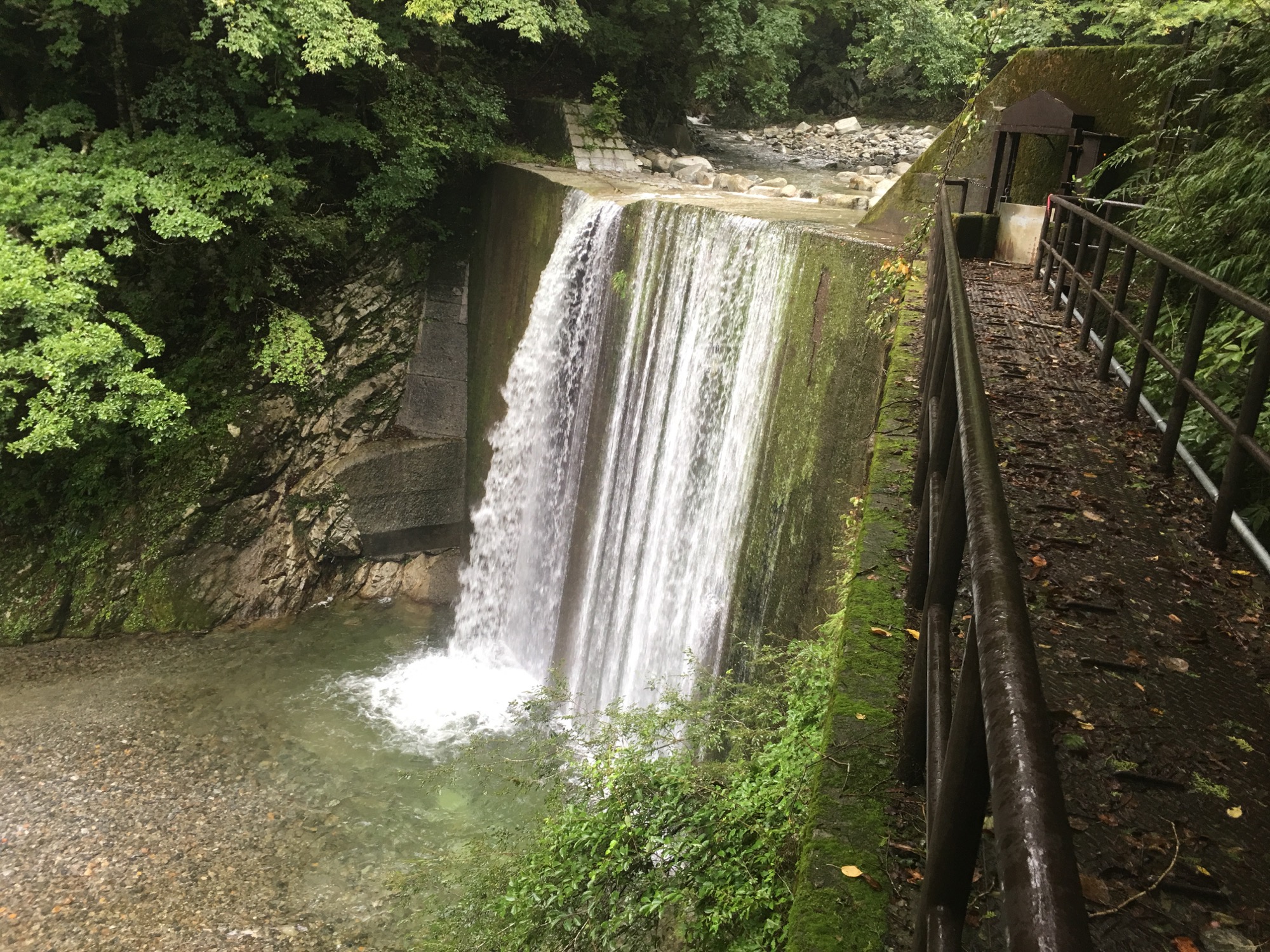 The weather report said the rain was supposed to taper off by 0600. However, it started raining at 0700 and rained lightly almost the entire day. I was glad to have my Simms Slick Jacket, which kept me warm and dry the whole day.

It was a great day of fishing, scrambling, and exploring. It had been awhile since I had made it deep into the mountains and with every passing step and spotted fish I could feel my spirits lifting higher and higher. The fall colors were starting but still there were a plethora of wildflowers and rain soaked moss to admire. 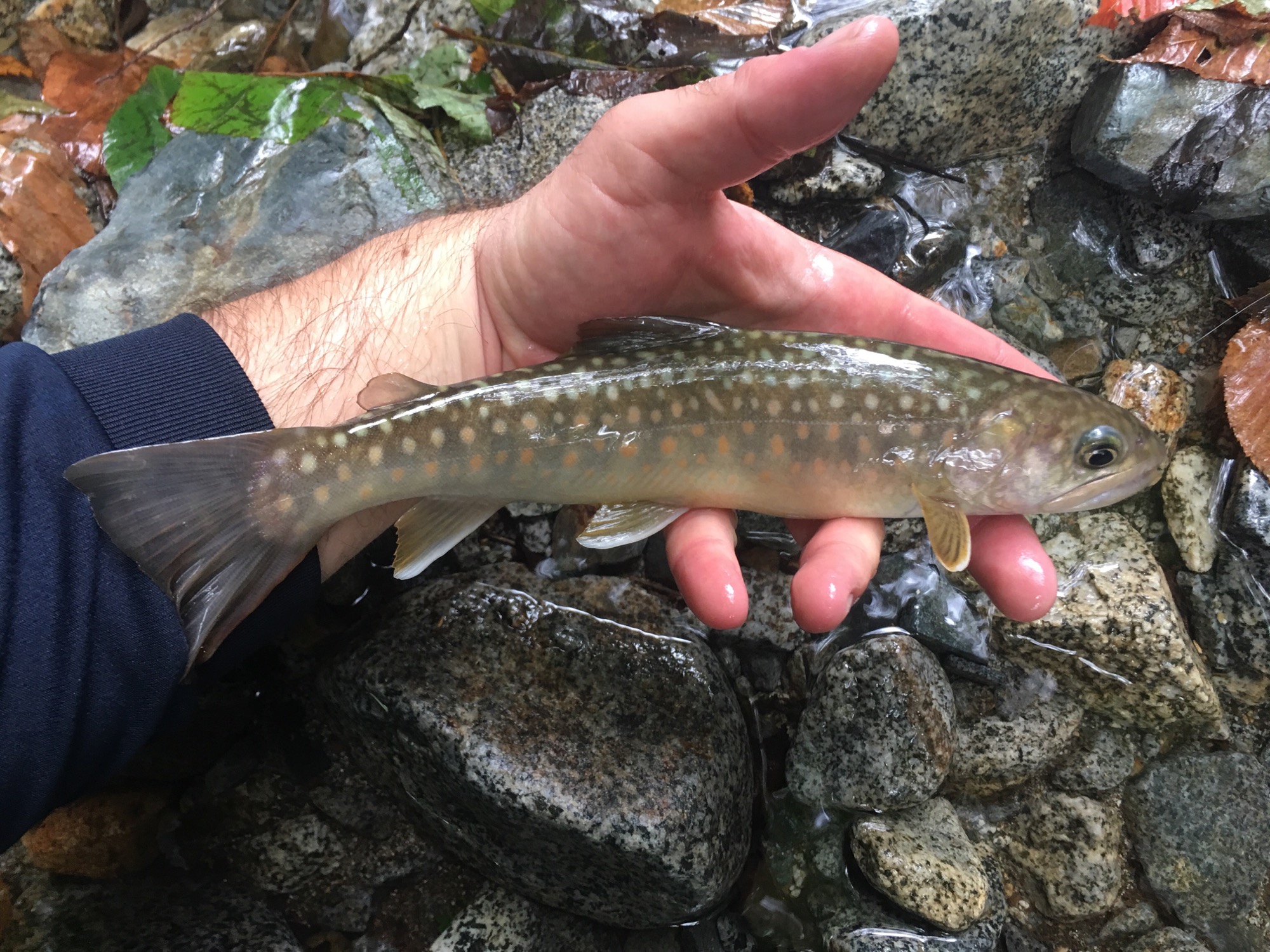 Throughout the day I saw two plus dozen fish of which I brought five to hand; including this 28cm beauty. All were released.

Half way up the valley the river forked, I went left first and found massive boulders and lots of plunge pools. However, down low there was a fish barrier and so I did not see many fish as I continued up (I did spot a Kawanezumi high up near a cave named after a famous domain in Zelda though... but maybe it was a fish???). 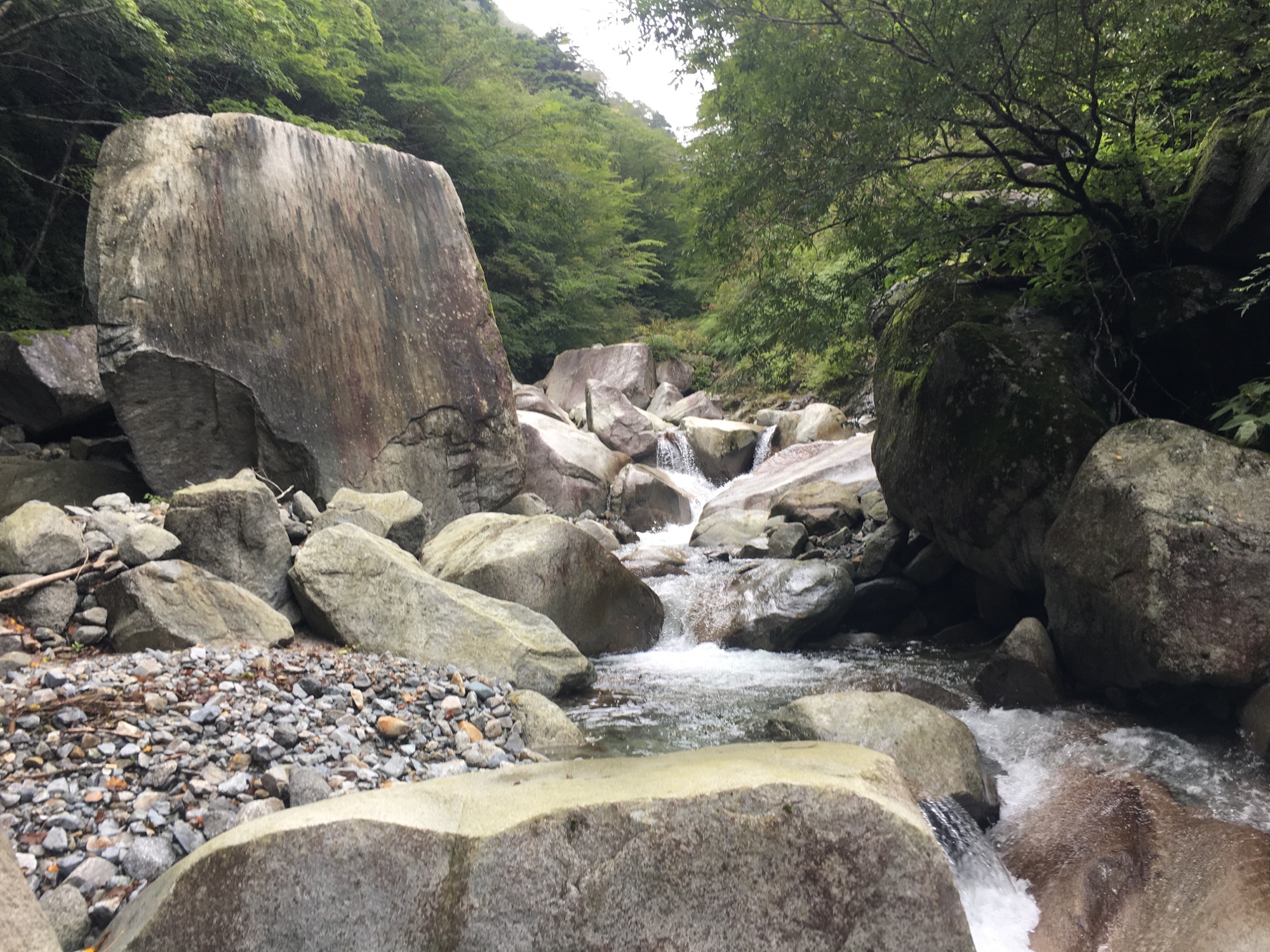 I backtracked to the fork and proceeded up. There were more fish but the river was tight, many of the pools I was unable to get a line into. That is okay though because those pools are what keep fish in these mountains since many anglers who visit this area do not practice catch and release. Throughout the day I could not help but think how many fish lived in this genryu a hundred years ago. Maybe 1,000 per kilometer? We will never know... If I were to venture a guess I would say that in the three seasons I have fished in Japan I have caught 500+ fish and I only kept four or five, and those were from ultra-remote genryu. I always practiced C&R in the Tanzawa Mountains ... 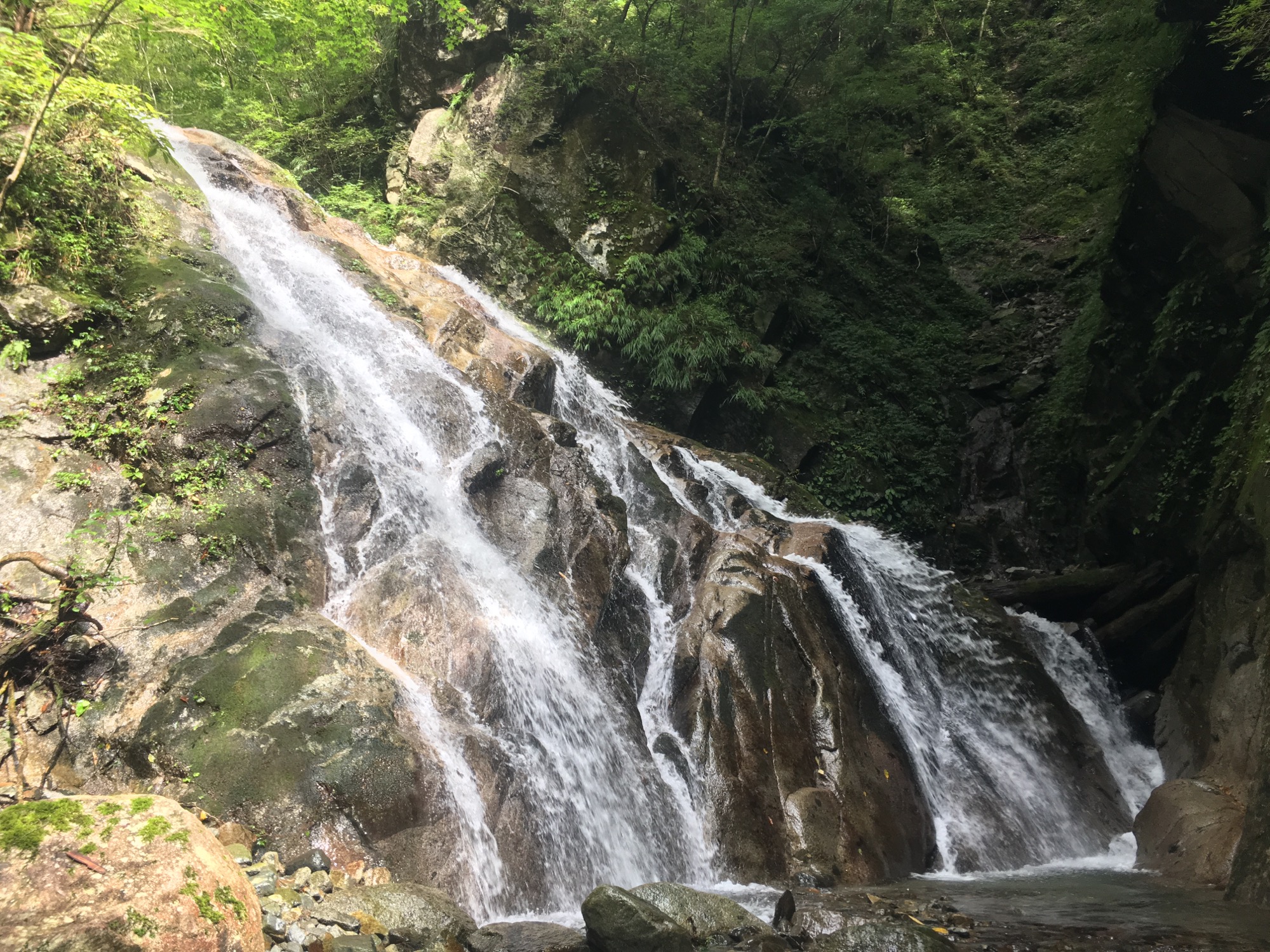 High point for the day on the right keiryu

With the sun dipping behind the trees I knew it was time to start heading back to my bike and the van. I did not want to leave, I was a little bit sad. I consoled myself with the fact that it had been a good day of fishing. Finding shaku Iwana or Yamame (aka 30cm fish) in the Tanzawa Mountains is very difficult - it has only happened once for me. Today I had gotten close, only two centimeters shy. When my son 正 gets old enough, who knows maybe we will come back once the conservation mindset has taken a hold (it is starting too right now!) and we will find a multitude of shaku Iwana. I can see us now, dinning on yaki-onigiri deep in these mountains while I tell him about all my adventures here when he was just a little baby... I will take him to this genryu high above Lake Tanzawa, that would be a good time I think. 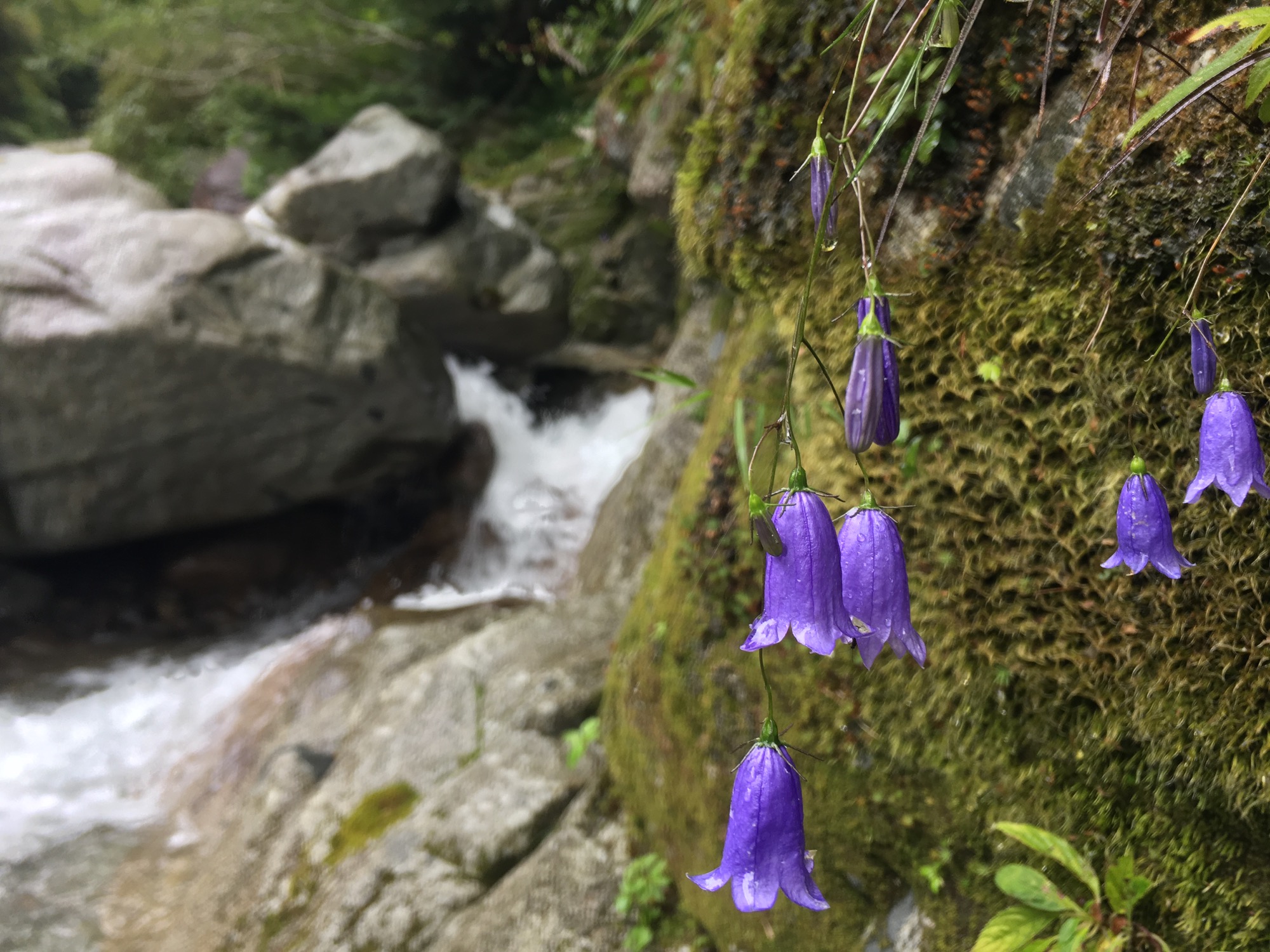 Isaac, the headwaters of Lake Tanzawa looks like an awesome spot and the colour of the water is stunning. Not sure if you’ve been yet but before you return to the States, I recommend checking out the headwaters of the Nippara River in far western Tokyo. I met a couple of guys fishing there back in April and they seemed to be catching a few.