When I was younger I had no concept of time, I thought I would be young forever. My first real realization of time came when I was 17 and I joined the US Marine Corps. Suddenly, as I was standing on those yellow footprints, I realized:

As my drill instructor was screaming in my face with his knife hand quivering a hairs breadth (this is the PC term btw) from my nose I thanked my God that they could do anything they wanted to me but stop the clock.

That was 16+ years ago now. The clock never stops ticking and all good things (and bad things too) must all come to an end.

On November 13, 2014 I caught my first glimpse of Japan from the plane's window. As I looked down on the Ibaraki coast line I thought to myself:

"Three years is a long time!"

Well, three years was more like 3 1/2 years - but, the clock kept ticking and now I too have closed the Japan chapter in my life. Of course I will go to Japan again, but I will be a tourist then and not a resident. Not to say that there is anything wrong with that... Just that it will be different - I really will miss saying "I live in Japan!"

After I had lived in Japan for year or so the novelty was replaced with familiarity. Since then I have always been a little envious of people who have just arrived in Japan for the first time. For them everything in Japan is foreign, wonderful, amazing, unbelievable, otherworldly.

"Japan is the closest you can get to another world without leaving earth. I loved every minute."

I too love Japan - and I loved every minute I was there. All one million seven hundred and sixty one thousand one hundred and twenty minutes of it (give or take a few minutes...).

I feel the same rings true for me and Japan:

"You can take the man out of Japan, but you cannot take Japan out of the man." 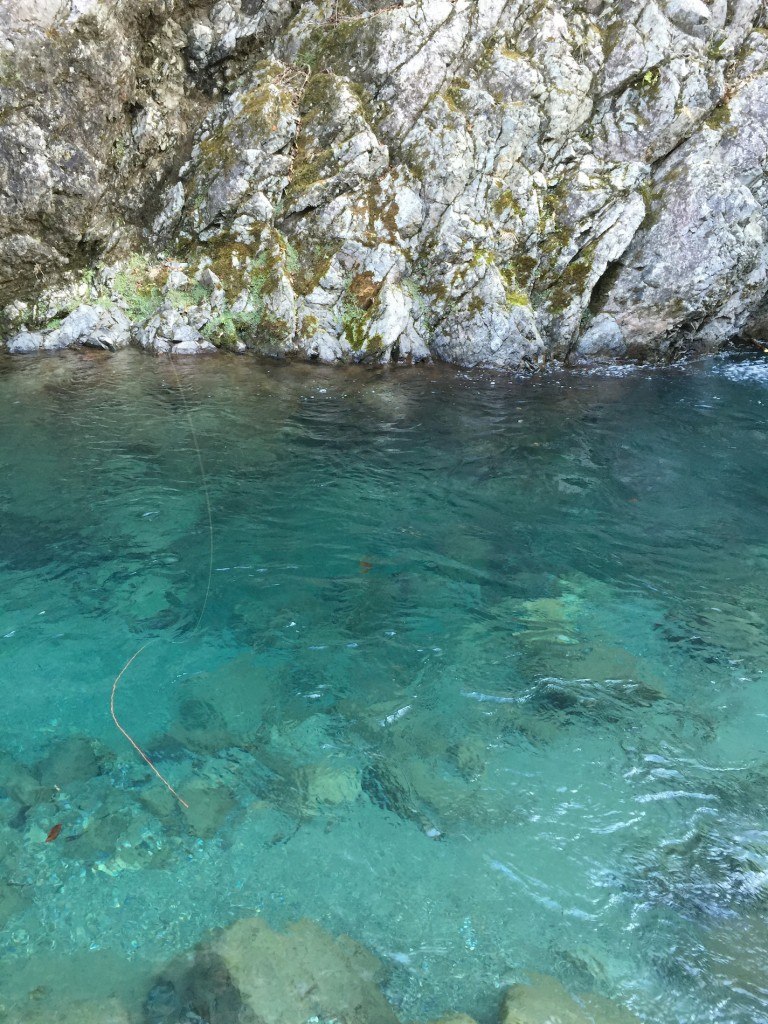 The first photo ever published on Fallfish Tenkara

I will stop waxing nostalgic and reminiscing now, because yes I will miss Japan and my friends there, but I am now beginning a new chapter. Since I published the first blog post on Fallfish Tenkara on January 20, 2015 I have aimed at making it a resource for those interested in Japan and Japanese tenkara. However, my desire to keep writing about fishing and tenkara has not abated - so in an effort to keep Fallfish Tenkara all about Japan I have launched a new site called Cutthroat Tenkara.

Cutthroat Tenkara will be for my continuing tenkara adventures in the US and anywhere else but Japan. I would love to keep adding cool Japan content to Fallfish Tenkara though, so if you have (or recently had) a trip to the Land of the Rising Sun and would like to write a guest post please let me know - if it is real good I may even consider paying for exclusive rights (please see this page for more info on submitting guest trip reports from Japan to Fallfish Tenkara).

Cutthroat Tenkara is still a little rough around the edges, but what is not rough is the logo (a huge shout out to my friend Charles Forman who designed both the Fallfish Tenkara logo and both of the Cutthroat Tenkara logos). I dig the new Cutthroat Tenkara logo so much I have decided to do a limited edition sticker release 100% free (for the first 50 people). Shoot me an email using the contact form below with your mailing address and I will get a free sticker in the mail to you asap (please allow a few weeks for delivery). Once this batch is gone, that is it though and it is first come first served...