Norikura Kogen sits high above the city of Matsumoto in Nagano Prefecture. The Norikura (乗鞍岳) mountain group is comprised of 20+ peaks, the highest of which is Kengamine (剣ヶ峰) at 3026m. The area is actually an old volcano and is located relatively close to Mount Ontake, which erupted on September 27, 2014 killing 63 people.

For a topo map of the region click here.

I visited Norikura Kogen last week for a spring skiing trip. While I was there I squeezed in a quick fishing excursion on the upper portion of the Koōnogawa (小大野川). 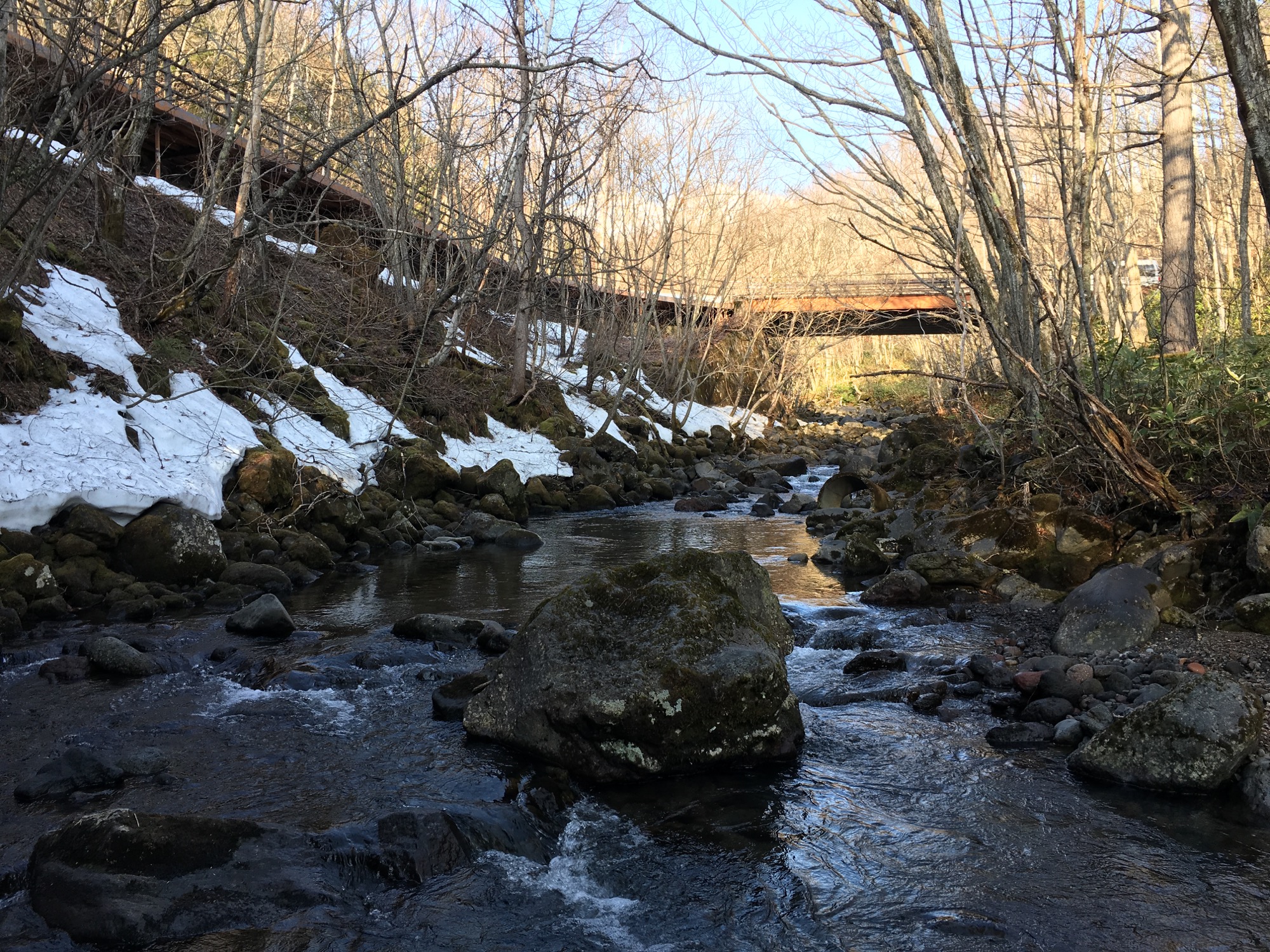 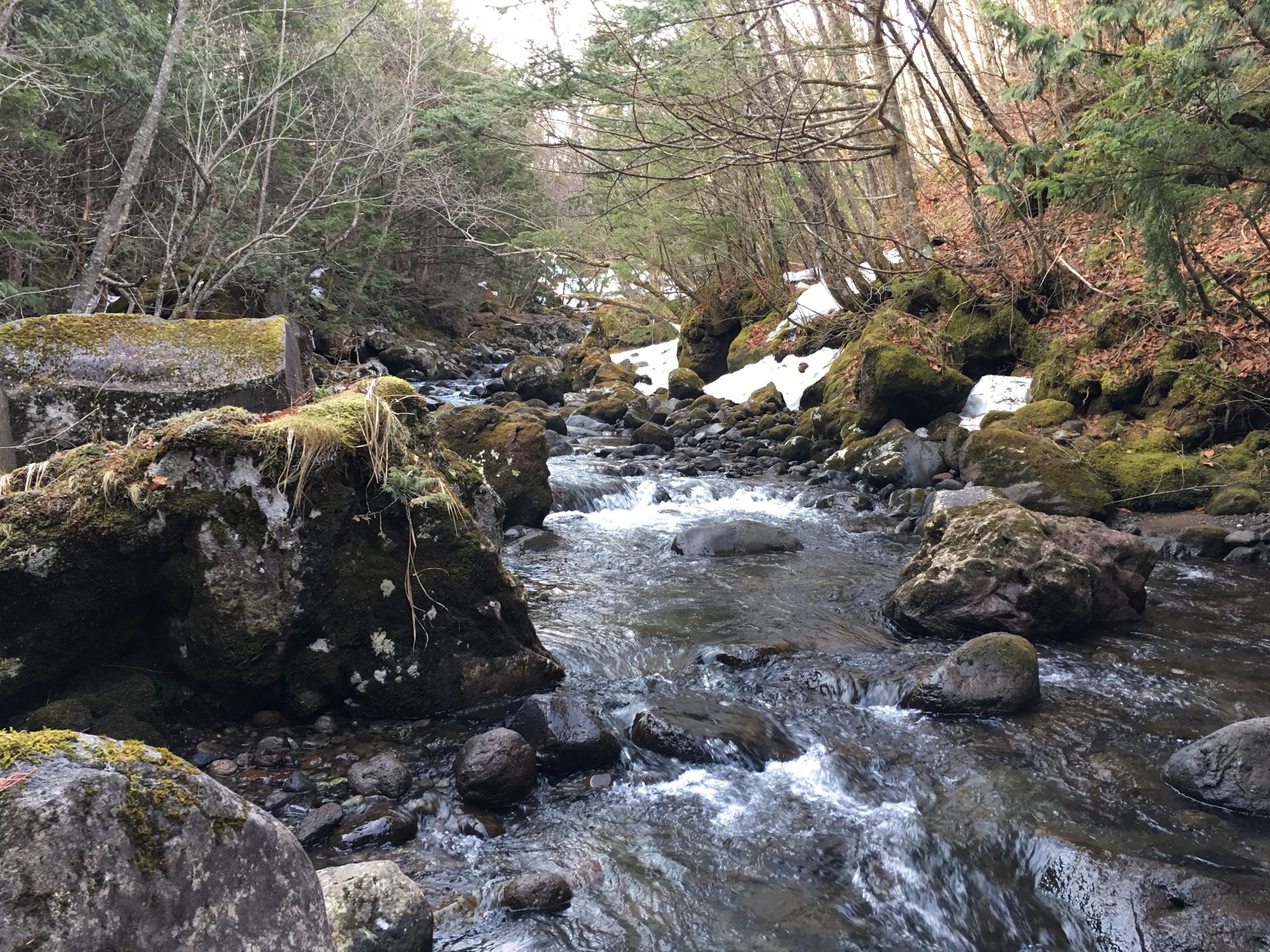 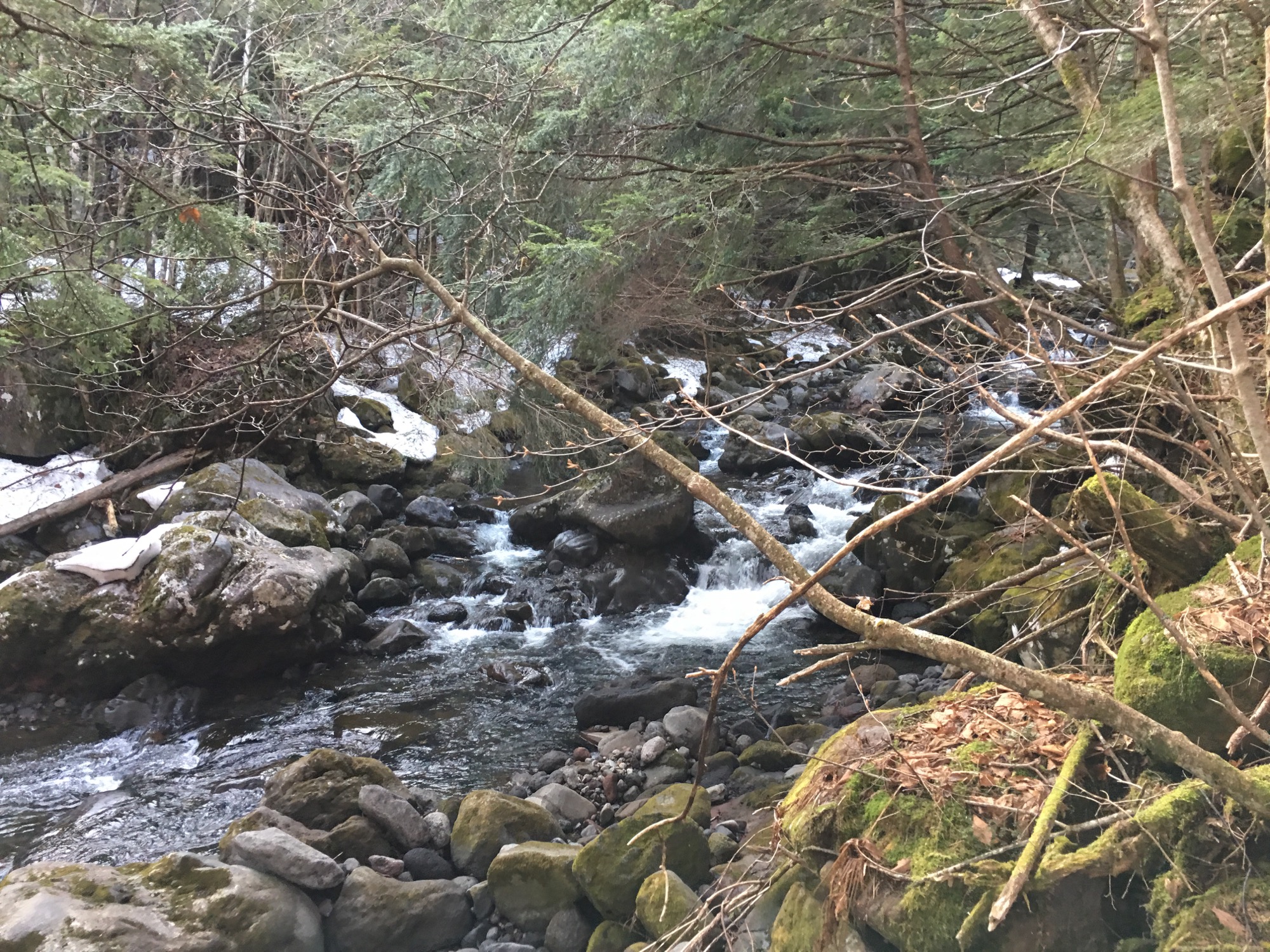 The river's banks were covered in snow. It had been a LONG time since I had fished around snow. I was giddy with excitement as I crunched through the snow to get close enough to the water to cast. 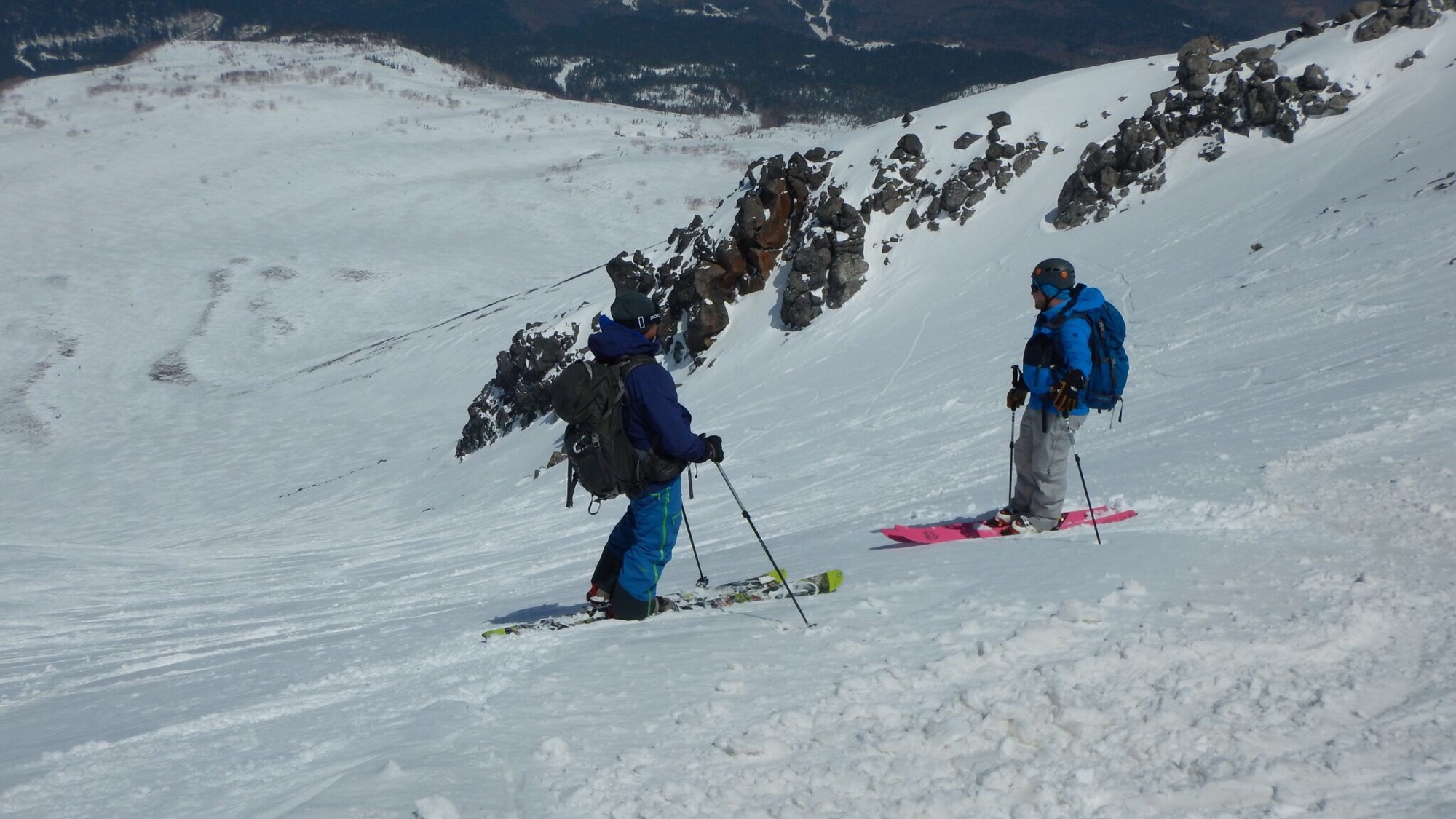 I am really starting to like my Tenryu Furaibo tenkara rod. The triple zoom has come in hand SO many times now, this excursion was no exception. Fine tuning the length gives me the flexibility to cast in spots that I might have skipped in the past. Unfortunately, it did not help me catch any fish (in fact I did not see any either). Nevertheless, it was still really nice to be out on such a beautiful mountain stream. Later on our ski guide, Yamaken told me that fishing in town was not so good, except for one very unassuming tributary near his companies lodge (it was not the river I was fishing)... Lesson learned for next time. 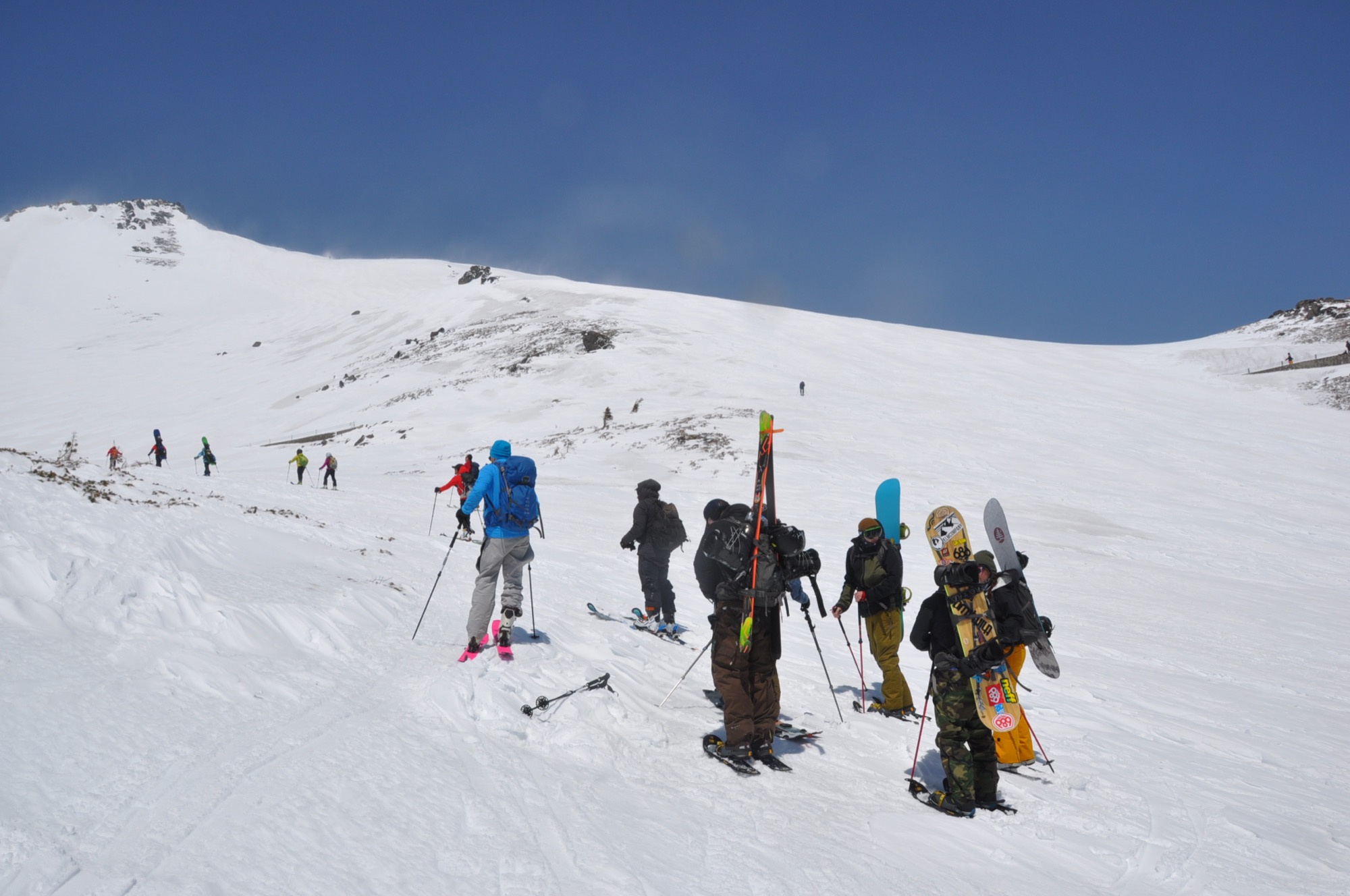 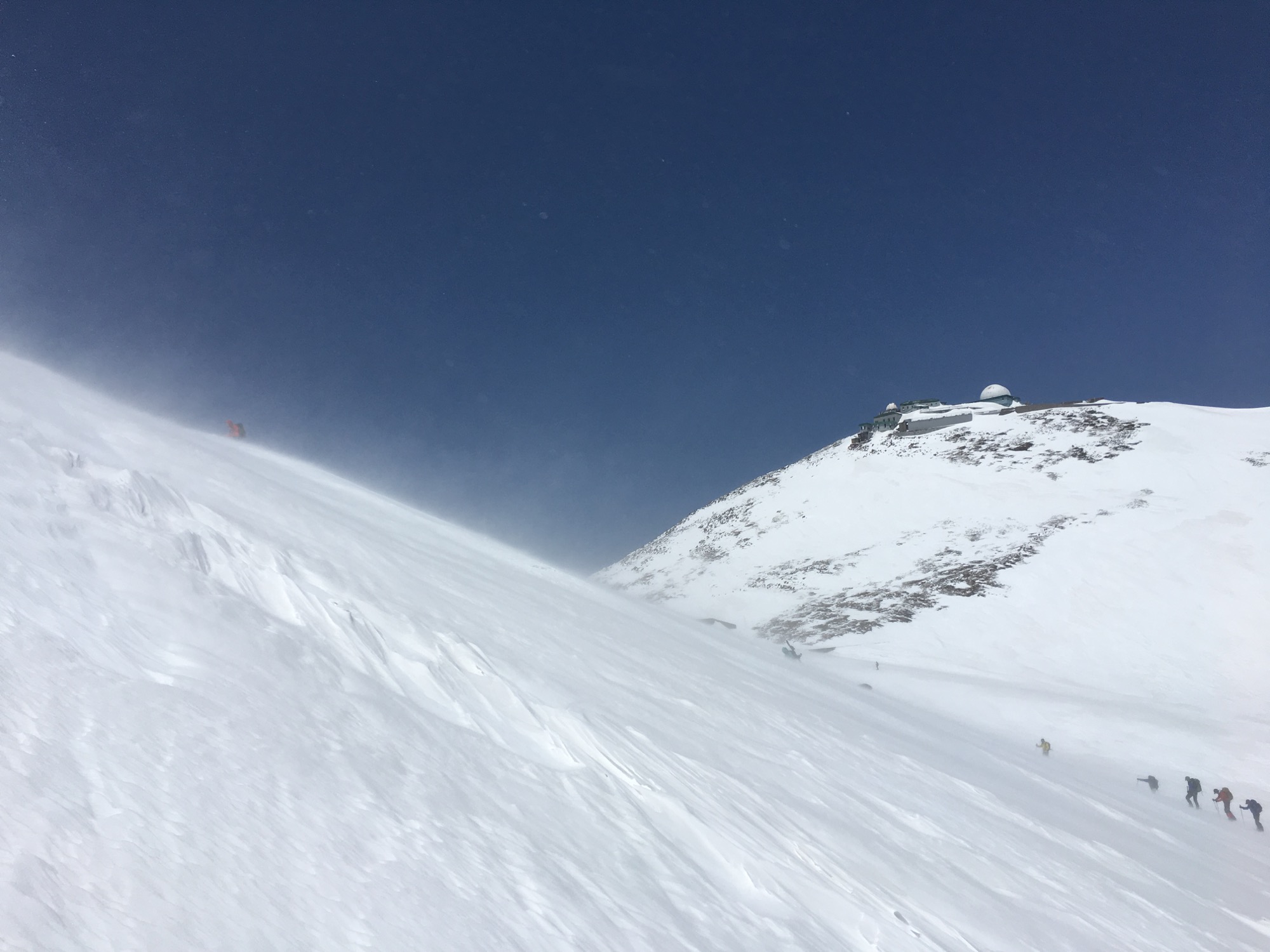 While the fishing is not so great in town the area is rife with wonderful and remote rivers filled with fish. You just have to know where to look... 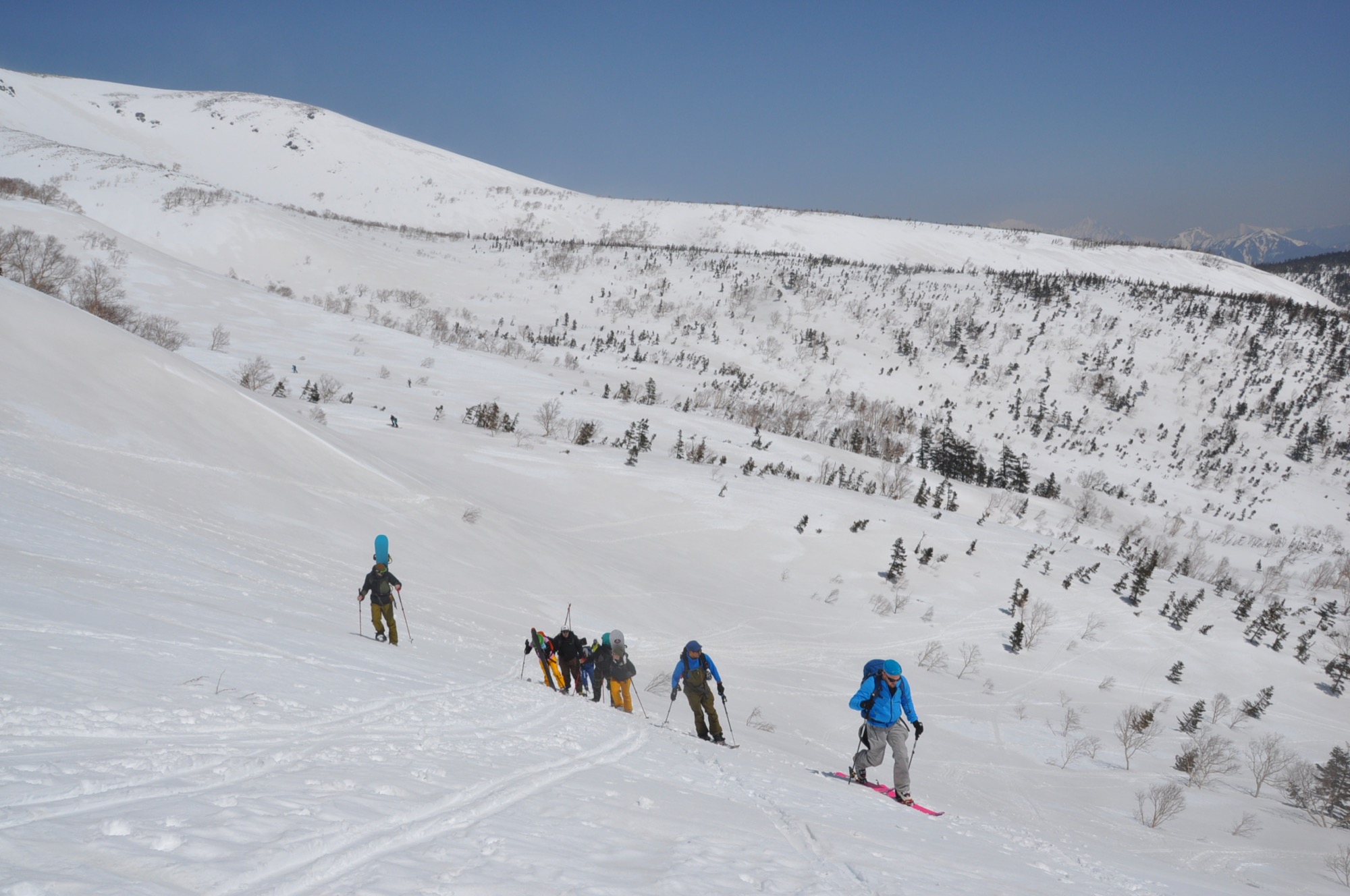 After an hour or so on the river I made my way back to the lodge to meet our guide and suit up for the days adventure. After changing from fishing clothes into ski gear we made our way to the bus parking lot and got in line for the first bus. It was an hour ride from town and cost ¥1450. As we ascended the snow got deeper and deeper until we reached the end of the road where the snow was a good 3-4 meters above the tops of the bus! It was one of the best snow years the region had experienced in over a decade.

Looking back up the steep section.

After a long ski tour with a 5,000+ foot descent we headed to the Yukemurikan Hot Spring (乗鞍高原温泉 湯けむり館) for a nice long soak. The onsen is tattoo friendly and it has a very high sulfur content, so make sure any jewelry is removed before soaking or else it could turn black. Afterwards, we said goodbye to our guide and headed into town for a massive (and surprisingly inexpensive) Chinese meal. 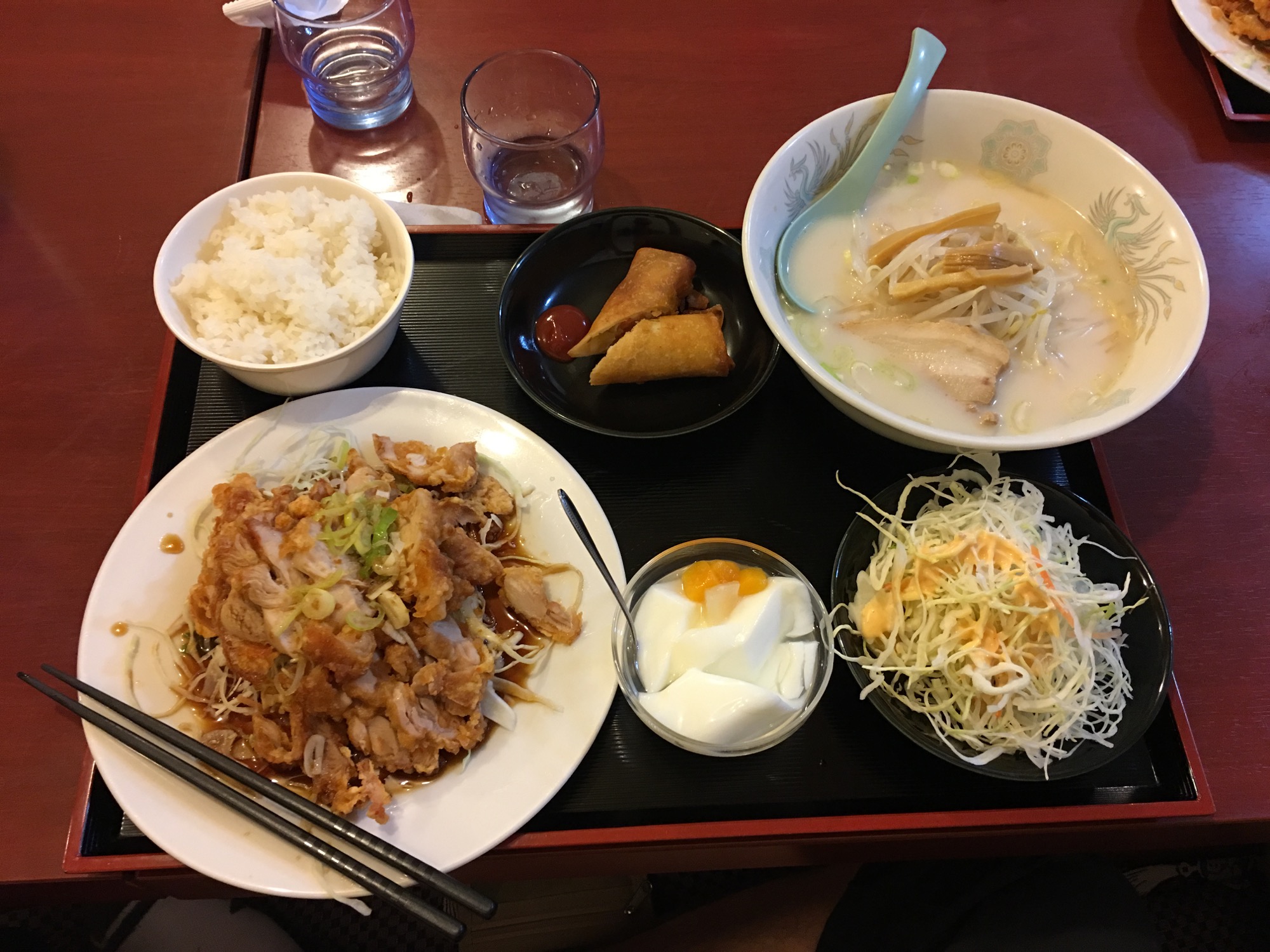 It had been a wonderful multi-sport day, but we still had some epic Golden Week traffic to brave to get home.

From Matsumoto take the train to Shinshimashima Station. To get deeper into the mountains, take the Highland Shuttle operated by Alpico Group. There are many options to choose from depending on how high up the mountain you want to go. To the summit from Shinshimashima Station it will take about 2 hours one way and cost you ¥2,800 one way (as of May 2017). The Chinese food restaurant is located within a 5 minute walk of the Hata Station. 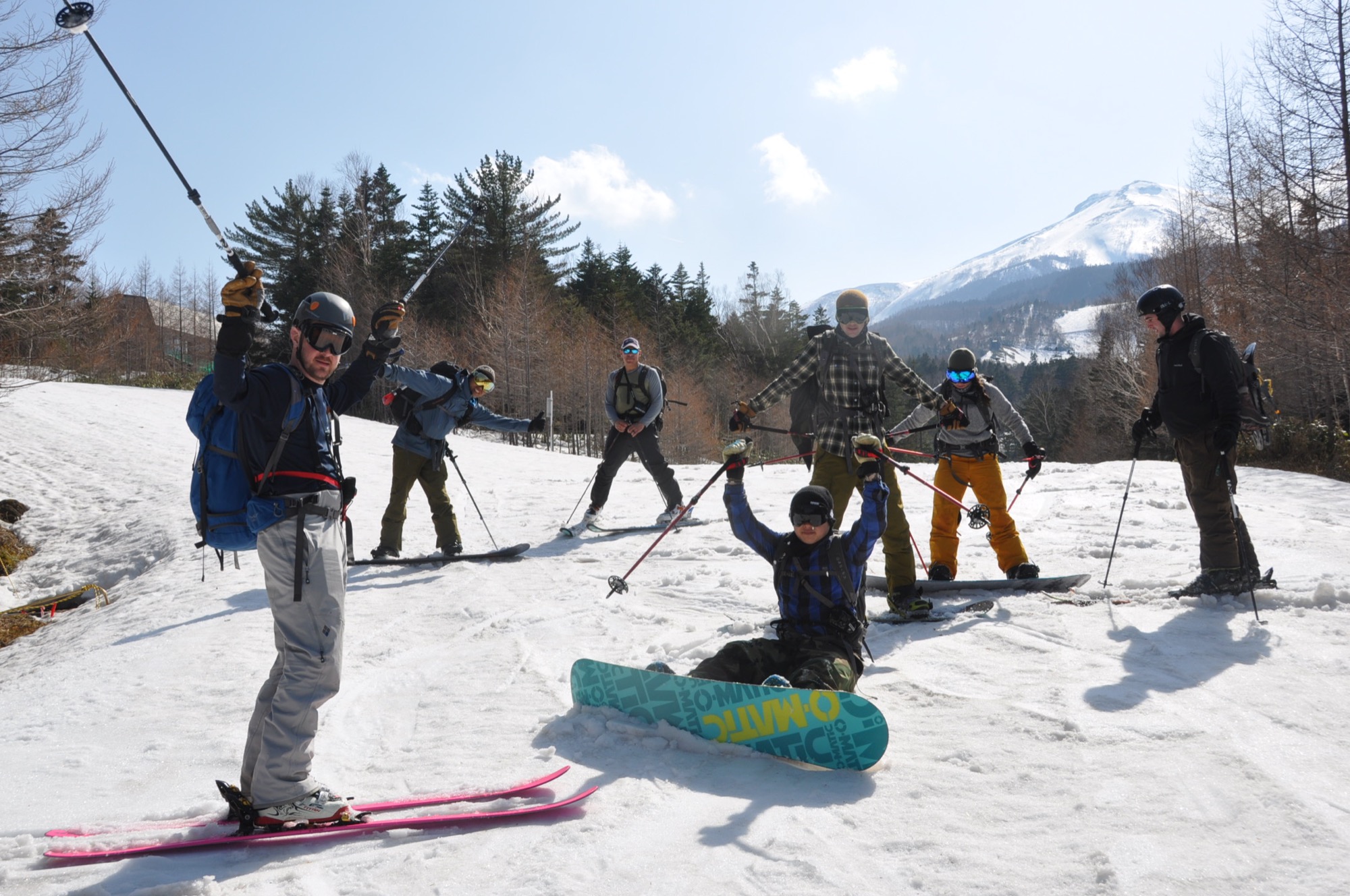 The happy crew near the end of an epic and LONG descent.

If you are looking to hire a guide look no further than Northstar Lodge. They speak English and can accommodate both winter and summer adventures.