Since becoming a father my Tenkara adventures have tapered off a little. This does not mean that my passion for the sport has abated though. I just spend more time than before pouring over maps, reading books and blogs about Tenkara, and of course studying my growing collection of Keiryu (渓流) and Yama to Tsuri (山と釣り) magazines. While flipping through the Summer 2013 and Spring 2015 issues of the Keiryu magazine my attention was caught by two rivers - the Shirotakawa and the Nishikawa. Both of these rivers are located on Izu Peninsula - a landmass with a medley of mountains and oceans interspersed with epic beaches and cold mountain streams. 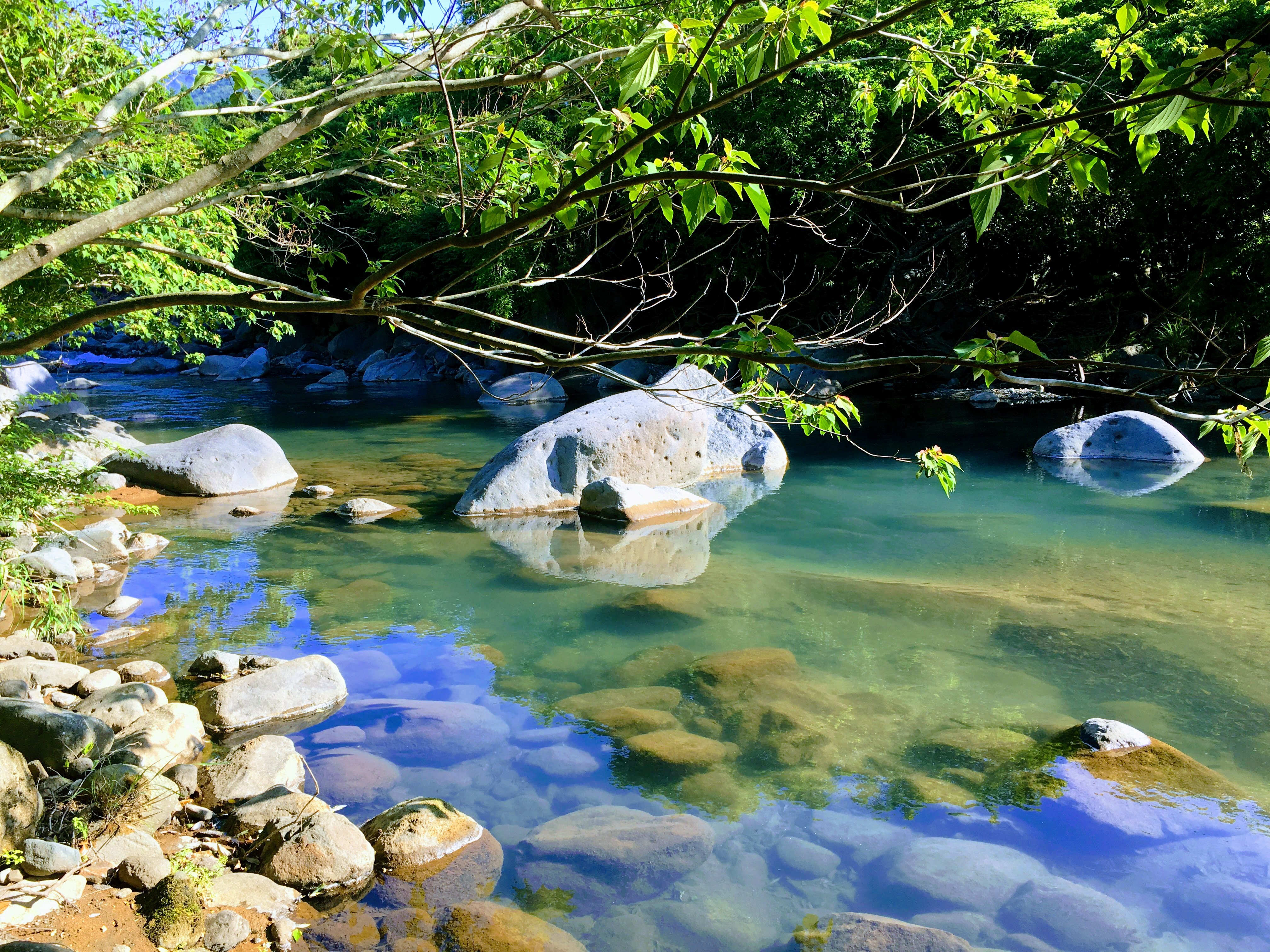 Where I started fishing the Shiratogawa. Not a bad morning.

When my wife's schedule finally aligned with mine I took the opportunity to take my Kei van on a little road trip down to Izu Peninsula to explore those rivers.

Located between Ito and Shimoda the Shirotakawa flows unimpeded to the ocean for much of its length. If you come in May the areas plentiful citrus groves will be in full bloom, the smell of which is absolutely intoxicating. Earlier in the year I hear that the cherry blossoms in this valley are phenomenal. Since fishing season lasts through October 31st you can even catch some great fall colors too. 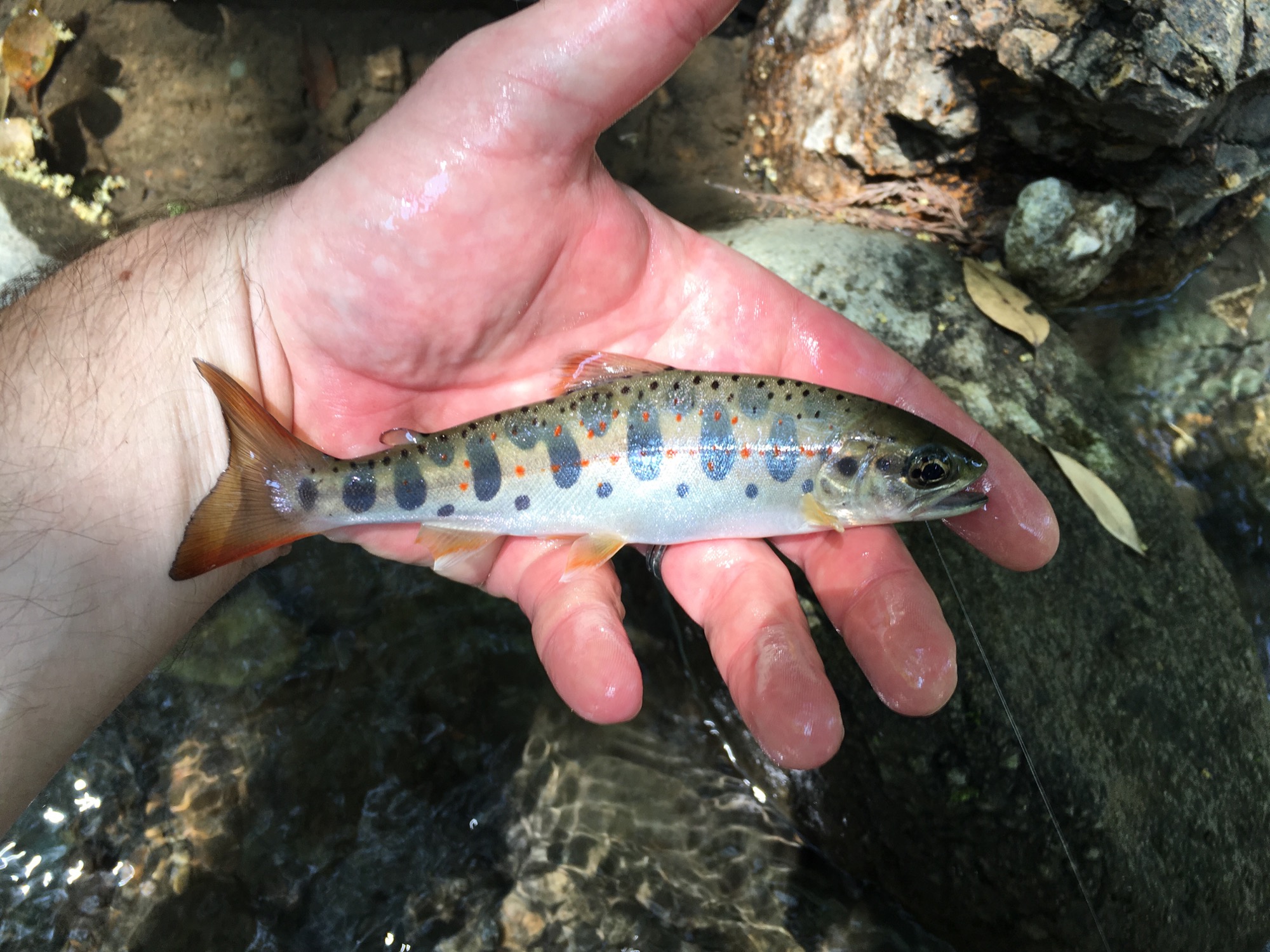 Last season my friend Kado-san and I visited Hajime Murai (竿姫), a bamboo fishing rod maker who lives in the seaside town of Atami (blog report here). While we were visiting him he gave me two Herabuna rods as a gift and promised to make me a custom net as well. Some seven months later the net was finished just in time for this trip. It was the first time in my tenkara "career" that I carried a net and I must say I see why so many people use them. Not only did Murai-san hand braid the net himself but he carved a fish into one side of the handle and my name in Katakana on the other side. 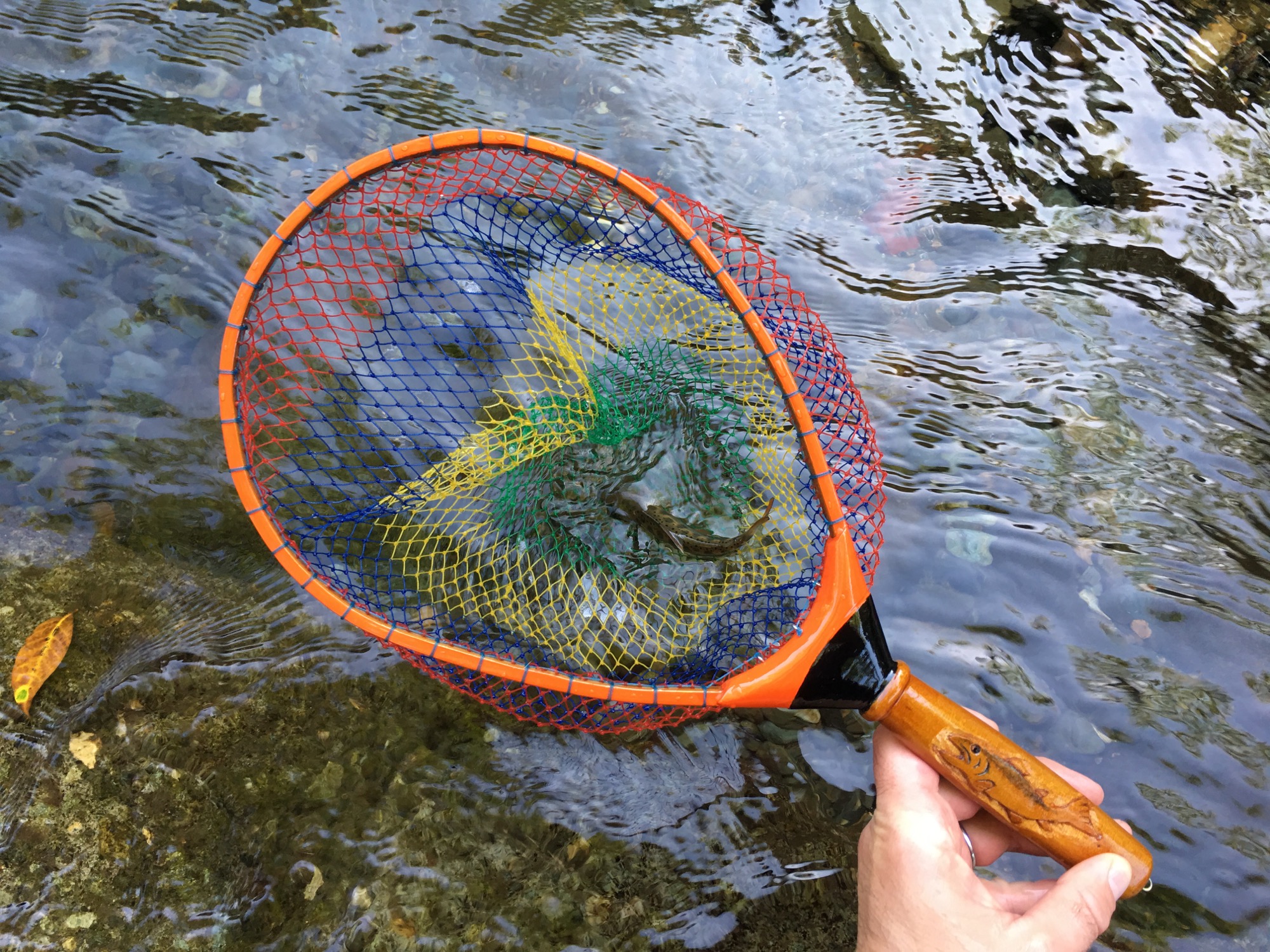 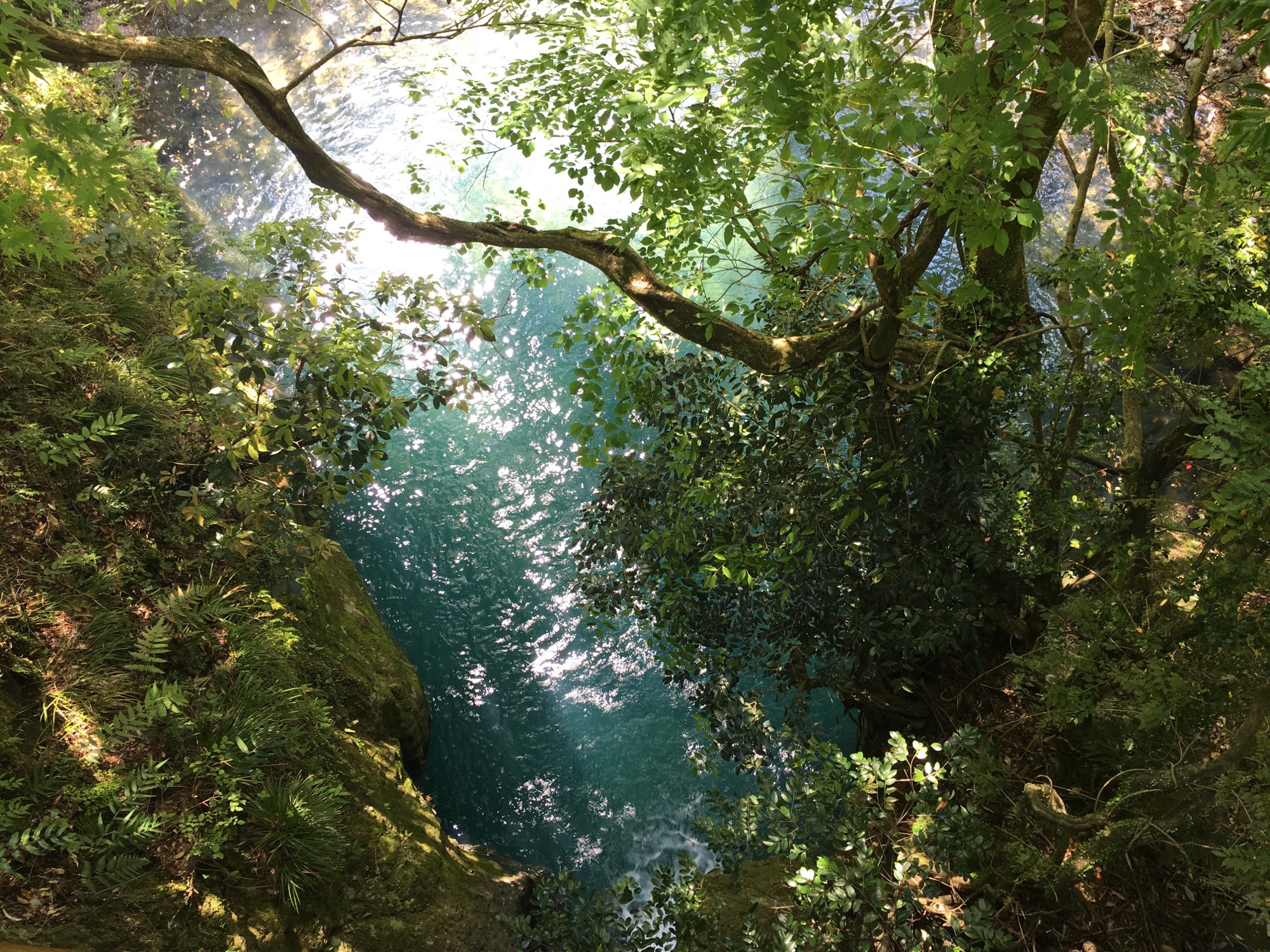 The rivers on Izu Peninsula experience a lot of pressure and since the region is so mountainous land is at a premium. Therefore it is difficult to find remote rivers and big fish. Still you can get lucky and besides Izu Peninsula has so much more to offer than just trout fishing. There are epic white sand beaches, ancient castles, rock climbing on sea cliffs, famous onsen villages, thousands of kilometers of hiking trails, and of course sea food! If you venture down here be sure to sample as much of the landscape as you can. 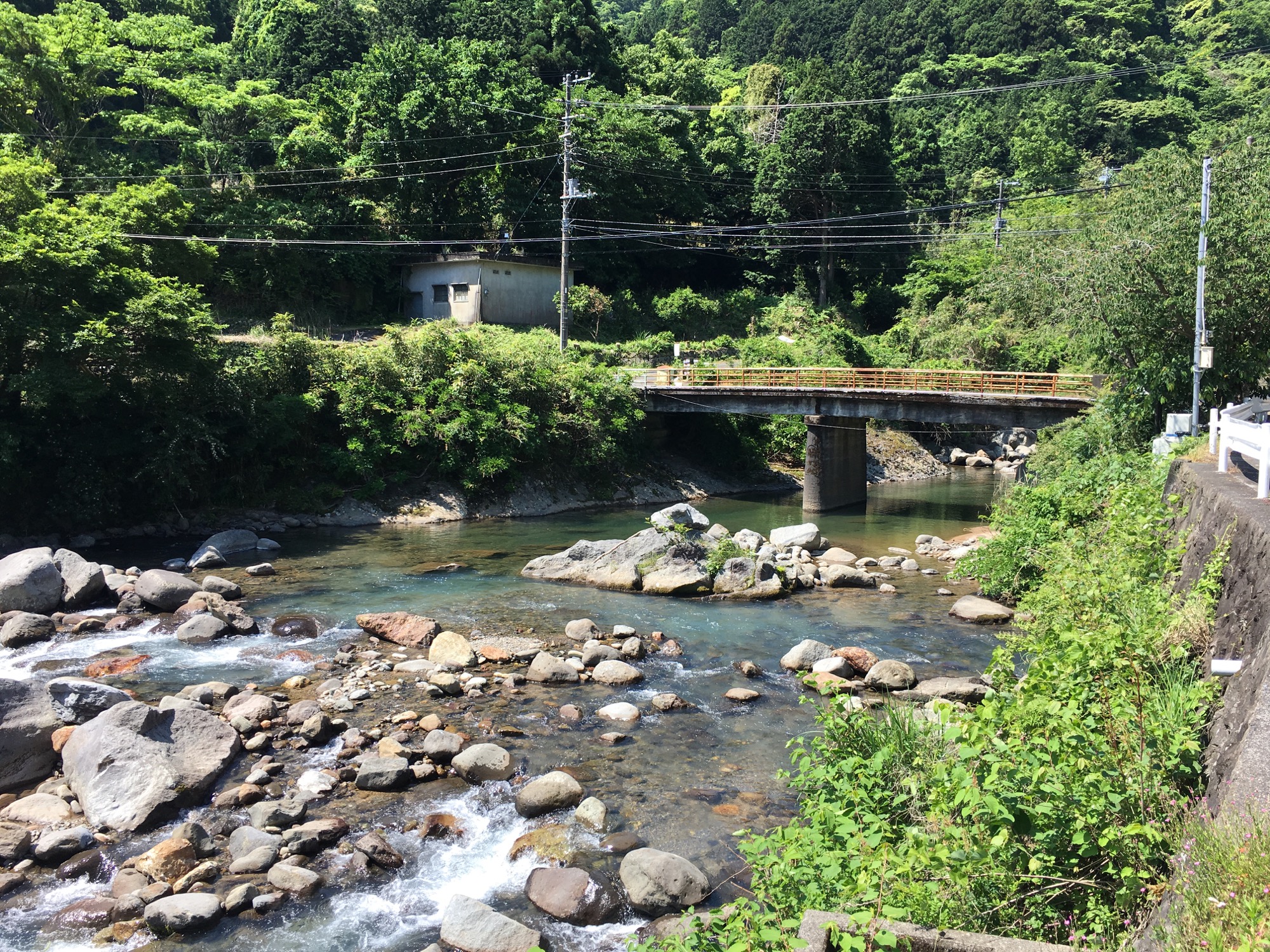 After fishing the Shirotakwa for several hours I packed up and headed to the next river on my list, the Nishikawa. It was about a 90 minute drive away, but it took me a lot longer than that to get there since there is just so much to see.

The seaside village of Higashiizu.

Along the Shimoda highway (412) I stopped at the Mishima Shrine (三嶋神社) to snap some photos. Then I stopped at the Sansei-En Izu Matsuzaki Michi No Eki to use the bathroom and scope out the Nakagawa River (那賀川), which is located in the quaint mountain village of Osawa (大澤). Next to the Michi No Eki is another picturesque Shinto shrine, Yama Shrine (山神社). 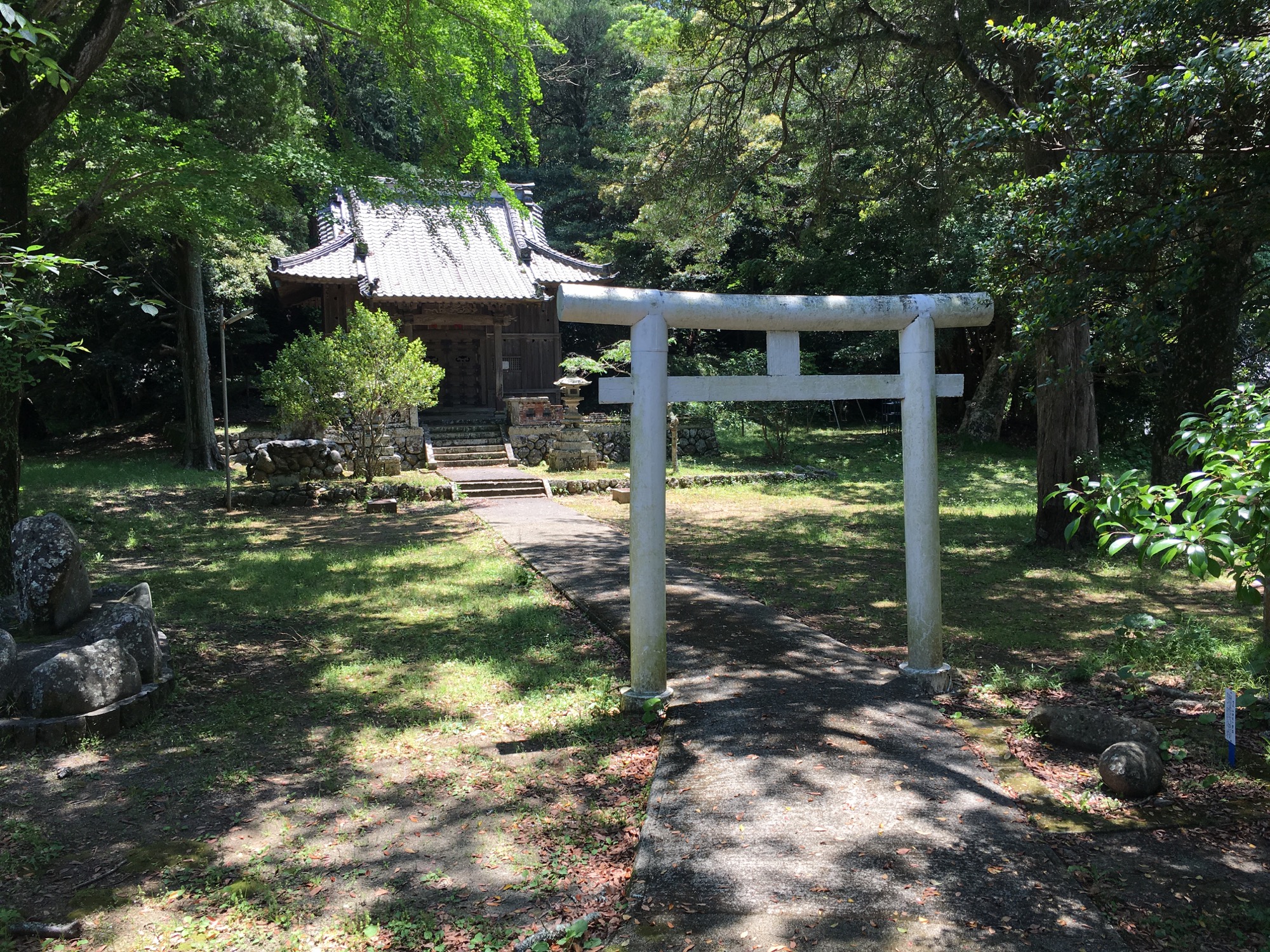 Finally, I made it to the other side of Izu Peninsula and headed back into the mountains in search of more Amago. As I drove up the road I was a little alarmed that there was no water in the river bed! Turns out that the Nishinagawa Daini Power Station (仁科川第二発電所) redirects the water into underground pipes for several kilometers, but once you get above the power station the river is big, deep, and cold. It is a bummer though as all the fish above the power station are no doubt stocked. Sadly there are probably no sea run Amago in the upper reaches of this river. 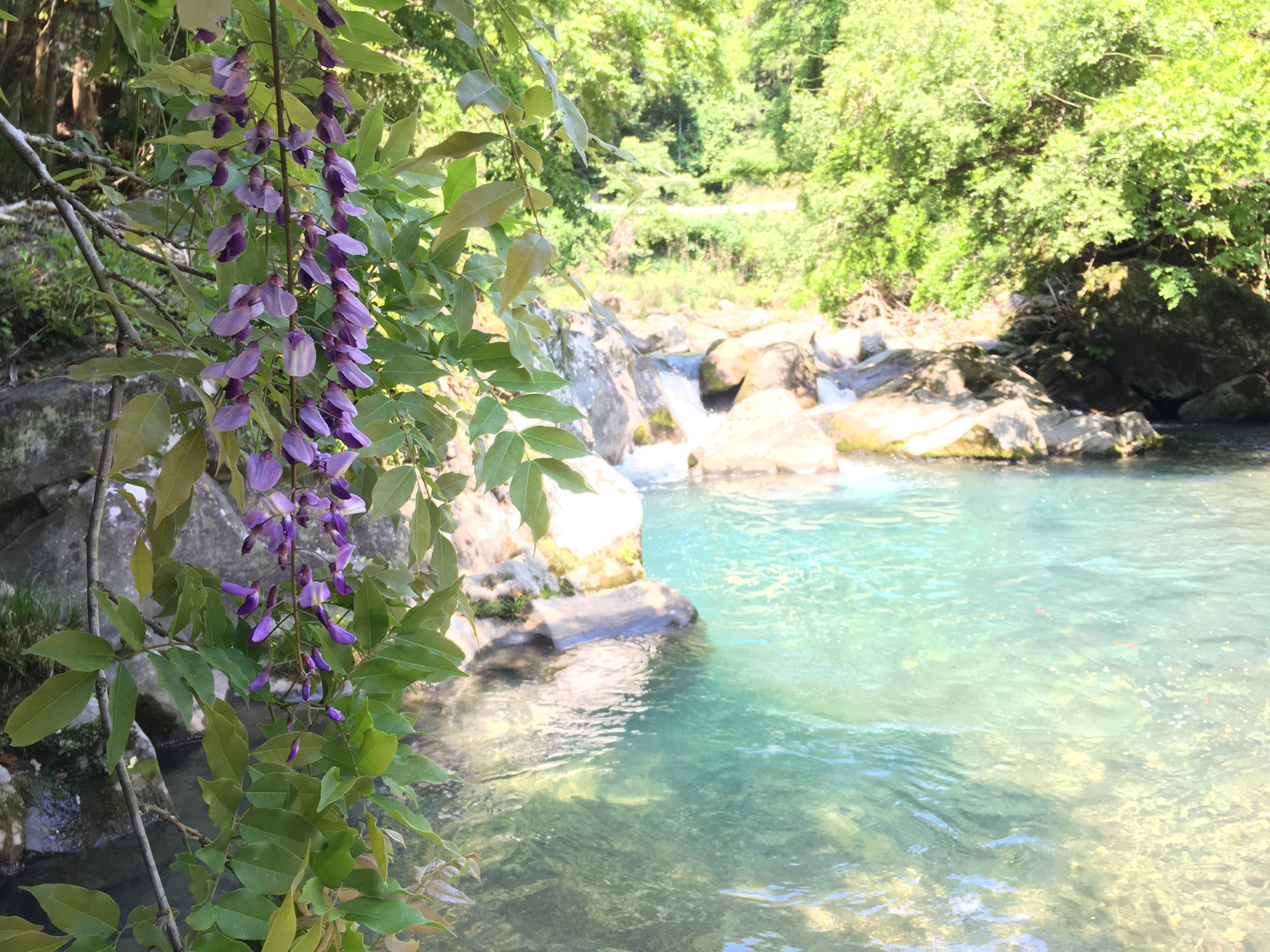 Since I only had a day to explore my time was limited on this river. The wind was also picking up so I took the opportunity to employ some of the techniques I had learned from the bonus material from Tenkara In Focus Episode 7. I was able to employ many of the tips from the one and only Masami Tenkarano-Oni Sakakibara. These tips resulted in many surprise strikes and fish brought to hand from segments of the river that I never thought fish would hold in. It was really exciting. If you have not yet checked out the material, I highly recommend that you do so - here's the link. 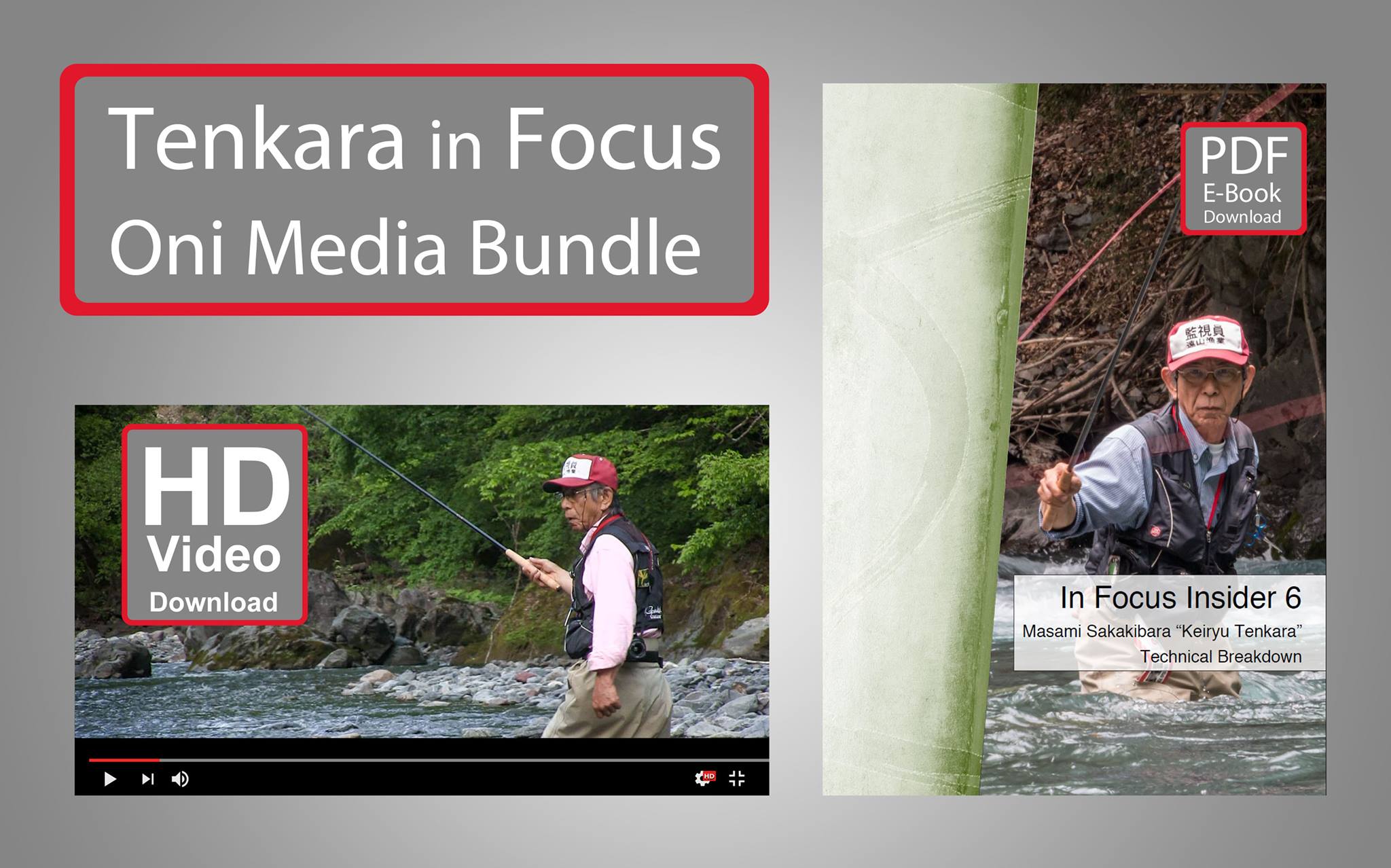 After a fun day on two spectacular rivers I packed up and headed back home but not before stopping in at my new favorite ramen joint in Hiratsuka the famous Hanamizu Raoshan head office (花水ラオシャン本店). Their cashü ramen and gyoza are absolutely fabulous. 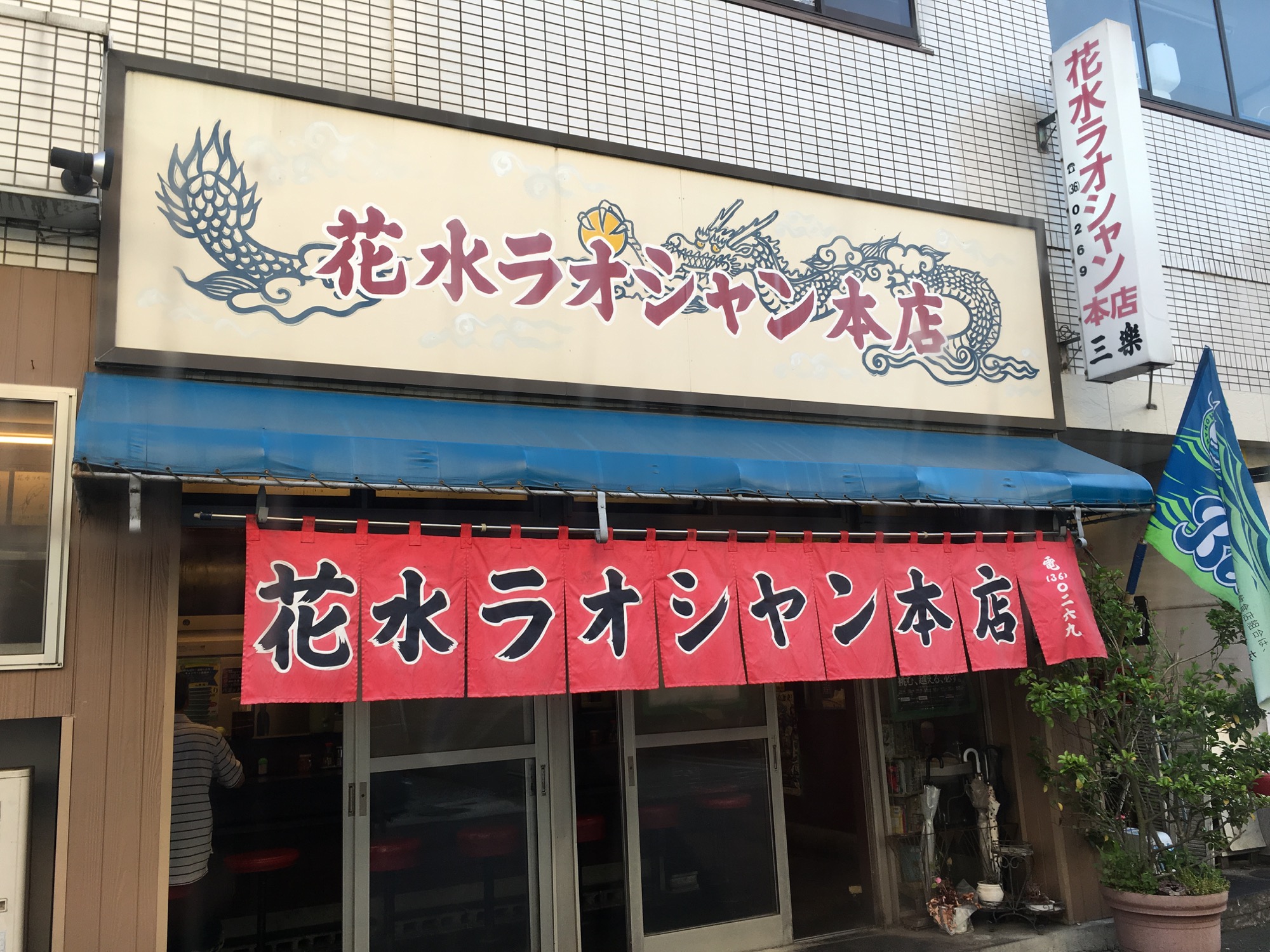